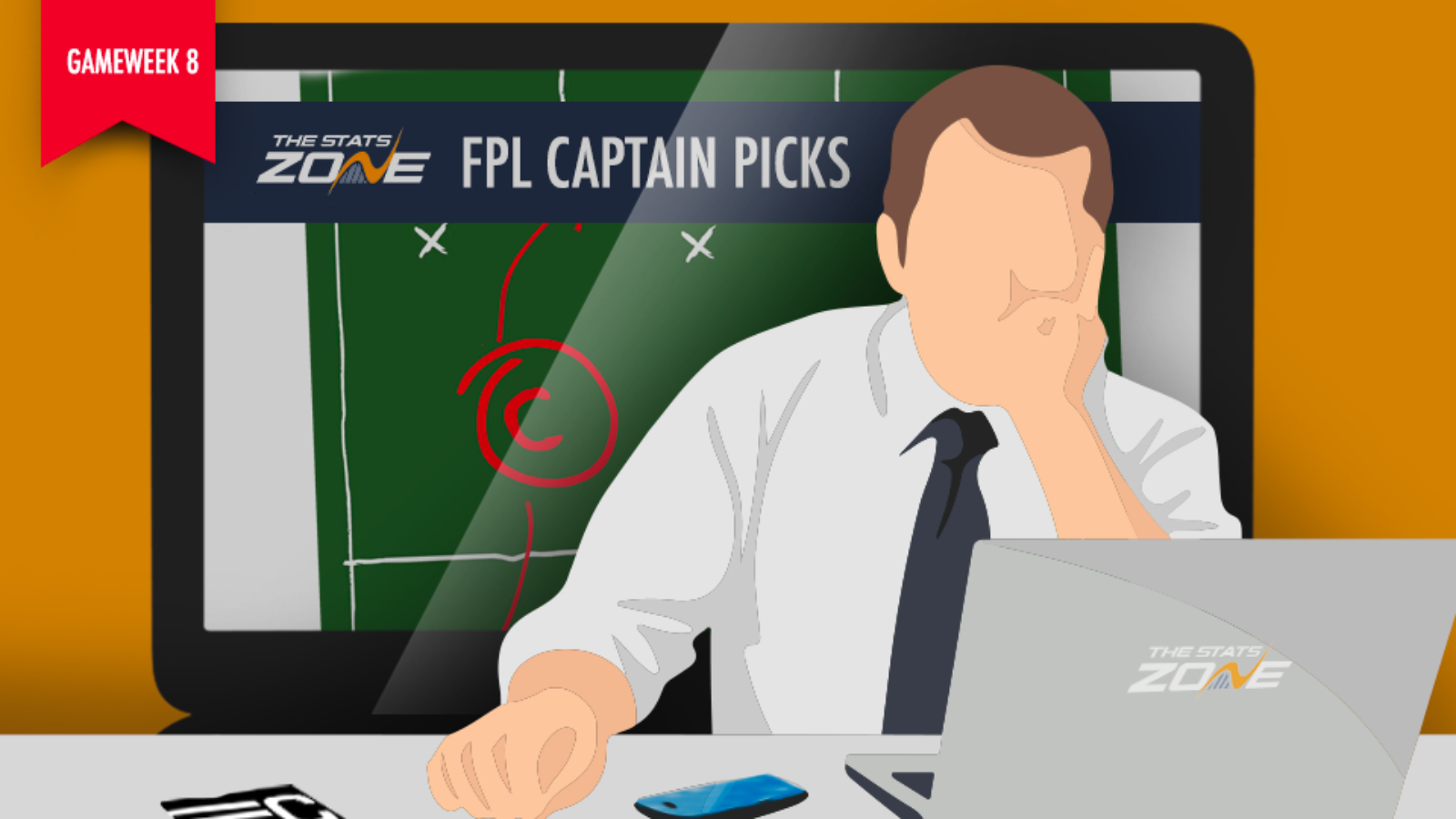 Another gameweek saw another highly captained Man City asset benched, as Guardiola’s team selections continue to offer very little insight into who will be rotated on a weekly basis. It was Sergio Aguero (£12.2m) who saw his minutes reduced this week - seemingly in part due to a niggle - though the Argentinian did at least provide an assist during his 24 minutes on the pitch.

*Aguero on bench* FPL players who have him, be like....😂😅 pic.twitter.com/MyGhXG98HK

The only solace for Aguero owners was the relatively modest performance of all the main captaincy choices for Gameweek 7, as the nine points scored by Kevin De Bruyne (£10.0m) and Pierre-Emerick Aubameyang (£11.0m) represented the highest return­ of any player in the top 10 selected captains.

SCOUT: Not one of the ten most-captained players of GW7 managed a double-digit score:

With the premium selections falling fairly flat, the major success of our captain tips from last week was differential choice Ricardo Pereira (£6.0m). The Leicester full-back netted his second goal in as many games, as Leicester pushed aside a woeful Newcastle side. The full-back represented a shrewd move for anyone brave enough to transfer him in.

Settled on no transfers this week. Really deliberated over getting R. Pereira in for Dunk 🤨#FantasyPrem pic.twitter.com/4dALsdhuO9

With the second international break of the season shortly upon us, the best captain options for Gameweek 8 are discussed ahead of Saturday’s 11.30am deadline.

With three goals in his last four games, Harry Kane (£11.0m) is now up to five for the Premier League season and he's enjoying a bit of a purple patch after his relatively quiet start. Next up for Spurs is a trip to Brighton, a place where Kane has an excellent record. The sides have met just twice at the Amex Stadium in the Premier League, with Kane finding the net in both of them.

Harry Kane has returned 29 points since I moved him in. 5.8 ppg for me. 3 goals and 1 assist in that period. He’s not leaving my team until he stops returning. Up next: BHA (A) and WAT (H) ⚽️⚽️⚽️ #FPL pic.twitter.com/GQZvDqMz6P

While Kane’s goalscoring form his undeniable, the benefit of captaining Kane over Man City assets is that he is pretty much guaranteed to start and play the full 90 minutes every week. Following the surprise benching of Aguero in Gameweek 7, that sort of certainty is comforting to FPL managers, particularly as the volume of games start to increase over the next couple of months.

The top scoring player in FPL, a Kevin De Bruyne assist is pretty much the closest thing to a guarantee FPL managers have in Fantasy Premier League. Another two against Everton in Gameweek 7 has seen the Belgian’s tally rise to nine for the season, while the player now has the remarkable record of having assisted in every league game he has started this season.

De bruyne the king of assist #KDB #FPL welcome to my team #GW7 is essential pic.twitter.com/5rVu10xyQ5

De Bruyne’s form means he is a fairly safe captain choice as he has a high FPL point-scoring floor; in each of his starts, he hasn’t scored fewer than five points. Next up is a home match against Wolves.

In particular, the Belgian's home form has been exceptional. City have already scored 14 goals in front of their own fans, with De Bruyne involved in exactly half of them. These three home games have seen him return 11 points against Spurs in GW2, 13 points against Brighton in GW4 and 17 points against Watford in GW6.

The one black mark against De Bruyne's name at present is the groin injury he picked up in Gameweek 7. We are yet to learn the full extent of this injury but keep an eye out for our team news article towards the back end of the week, where we will provide a full update on his status.

One chance was all Aubameyang needed to demonstrate why he is always potential captain material. Invisible for large portions of the clash with Man Utd on Monday night, Aubameyang clinically took the only opportunity afforded to him as he notched his seventh goal of the season. The Gabonese striker still sits as one of just three players to record attacking returns in each of the opening seven games of the season and is currently averaging 7.57 points per appearances.

The Arsenal striker will look to keep his streak going in a home match against Bournemouth in GW8, a club in which he has two goals in two matches having scored both home and away against the Cherries last season. Aubameyang has scored in seven of his last eight home league matches.

And that's why you need Aubameyang. LETHAL! #FPL 🍹

With a second blank in two gameweeks, as of writing Teemu Pukki (£7.2m) is currently the most transferred out player this gameweek, but a match against fellow newly-promoted side Aston Villa could be just what is needed for the Pukki party to get back on track. The two sides met over the course of last season’s Championship. While Pukki was not in the squad for Norwich’s home match, he did manage a goal in his side's 1-2 victory away from home.

With this in mind this is Pukkis easiest game of the season based on FDR. His first FDR=2 at home.

In home Premier League matches so far this season, the Finn has scored five goals along with two assists at an average of 13.33 points per appearance. His form has been impressive in front of his own fans, with Pukki yet to return fewer than 11 FPL points in a home match this season. Aston Villa meanwhile have yet to keep an away clean sheet this season and are giving up an average of 24.7 shots per game to the opposition when on their travels – the worst record in the league.

Auba, Pukki or any City attacker could be great for captaincy in GW8.

While it’s always dangerous to pick a Man City player as a differential for fear of them not playing, it’s almost impossible to continue to ignore the form of Riyad Mahrez (£8.5m). Two goals, two assists and 25 FPL points in City’s last two matches has thrust him into FPL managers' thinking, and his interplay with De Bruyne has been particularly impressive.

Mahrez and De Bruyne both playing on the right hand side should be illegal.

Owned by just 3.6% of all FPL managers at present, Mahrez is also £1.5m cheaper than the previously mentioned De Bruyne and £3.5m cheaper than the 37.6%-owned Raheem Sterling (£12.1m). His underlying stats have been fantastic in recent weeks, and no more so than in the match against Everton where Mahrez recorded more shots on goal and more key passes than any of his teammates.

The❓is will he continue to start?