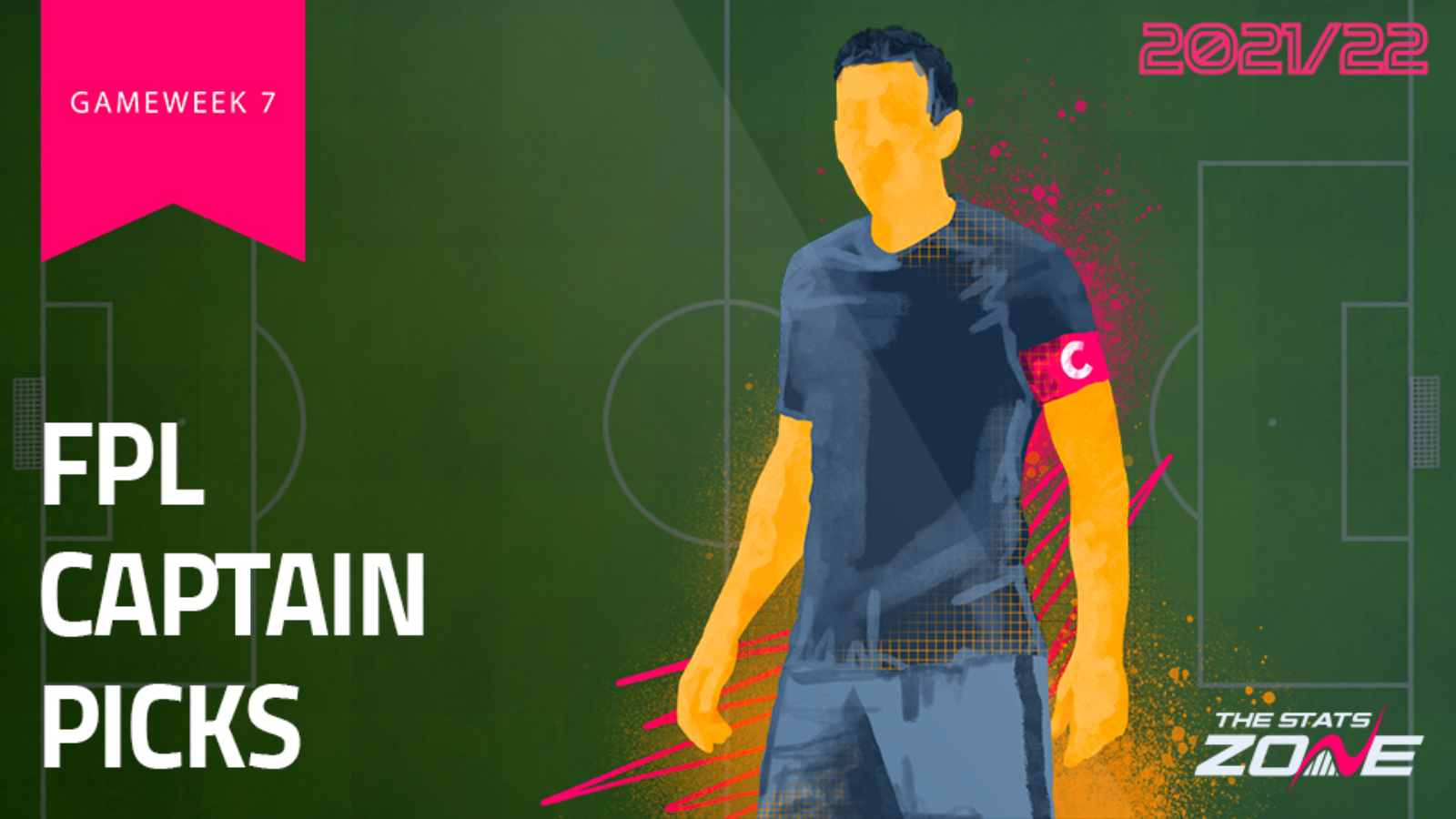 Gameweek 6 saw the goalscoring streak of Cristiano Ronaldo (£12.7m) since joining Man Utd come to an end as the Red Devils slumped to a shock 0-1 defeat at the hands of Aston Villa. Ronaldo was the most captained player in Gameweek 6 and two FPL points will have been considered a huge fail for FPL managers. That fail however, was nothing compared to those who placed the armband on Ronaldo’s Man Utd and international teammate Bruno Fernandes (£11.9m). With Utd awarded a penalty deep into second-half stoppage time, it was Fernandes who stepped up ahead of CR7, only to blast the spot kick into Row HH of Old Trafford, losing his two FPL appearance points and leaving his owners with nothing to show from their skipper.

No excuses for my penalty miss today. I’m my biggest critic but as always I’ll use it to drive me forward. More than my disappointment though, the team’s loss today is the most important. I’ll be ready next time. https://t.co/tTBgURne8B

Chelsea’s Romelu Lukaku (£11.7m) also drew a blank against Man City, with the Belgian forward acquiring just two FPL points in his side’s 0-1 loss at Stamford Bridge. However, those who captained Jamie Vardy (£10.4m) went through the full range of emotions in Gameweek 6, with agony following his own goal early on for Leicester against Burnley, turning into ecstasy by the end of the match as Vardy bagged a brace in the right goal as the Foxes played out an entertaining 2-2 draw with Sean Dyche’s men. Meanwhile, our Gameweek 6 differential selection Sadio Mane (£11.9m) failed to accrue an attacking return for the first time in the Premier League since Gameweek 1, despite Liverpool scoring three goals in their thrilling 3-3 draw away at Brentford.

Remember when Lukaku was called "fixture-proof" after one game against Arsenal who went on to concede 5 in the next match? He's blanked against Liverpool, Spurs and City. Imagine that. #FPL #FPLCommunity

With Gameweek 7 around the corner, we once again highlight three of the more enticing premium captain picks, alongside a differential option. For the second gameweek in a row, we are NOT INCLUDING CRISTIANO RONALDO in any of our selections with him expected to once again prove one of, if not the most popular captaincy selection and us not needing to justify his credentials for the armband at length. With Gameweek 7 the final round of the Premier League fixtures before the second international break of the season, choosing the right skipper is essential ahead of Saturday’s 11:00am deadline.

When Vardy is in form there are not many better FPL assets out there and the Leicester striker has been once again showing his credentials this season, proving why he deserves to be mentioned alongside the bigger names within fantasy football. Vardy’s double against Burnley in Gameweek 6 was his fourth and fifth Premier League goals of the season respectively, making up for his own goal earlier in the piece and rewarding his owners with 11 FPL points. That haul sees Vardy now on 40 FPL points across the season so far, the second highest score among forwards and the fifth highest overall.

📡 UNDER THE RADAR? Vardy has 5 goals & 1 assist in the opening 6 GW's. 12.5% owned with a decent run of fixtures ahead but his hefty price tag leaves him hiding in the shadows of Ronaldo, Lukaku. LEI's attacking stats have been poor but Vardy continues to get the returns! https://t.co/jrSBzM6eGD

Leicester and Vardy travel to Crystal Palace in Gameweek 7, a fixture that has been very good to the 34-year-old over the past couple of seasons, having scored three goals over the course of his last three starts against the Eagles. Brendan Rodgers’ side have also scored eight goals in their past four Premier League fixtures between the two sides, an average of two goals per game. With that in mind, it would be no surprise to see Vardy on the scoresheet once again in this one, which makes him an extremely attractive candidate for the captaincy.

Defeat by three goals to one away at fierce rivals Arsenal in Gameweek 6 was Spurs’ third straight Premier League loss and a reaction is expected from Nuno Espirito Santo’s side in Gameweek 7 at home to Aston Villa. Central to any reaction from an attacking perspective, will be attacking midfielder Heung-Min Son (£10.0m). Son netted his third league goal of the season against the Gunners, scant consolation for Spurs although his FPL ownership will have been pleased with his seven FPL points accumulated. That score took his overall FPL points total this season to 32.

Son is carrying a calf injury and barely trained this week but man has 3 goals out of the 4 spurs scored in the prem. The other 1 was a penalty😂

Son’s record against Aston Villa is decent, netting three goals in his most recent three starts against them in all competitions. With Spurs expected to deploy an attacking style of play in a bid to force a positive result here, Son could play a crucial role going forward with him expected to be fielded as part of a front three and with two goals scored in three home league matches this season, the South Korean international is well worth serious consideration for the armband.

Whilst our selection of Lukaku as one of our premium captain picks backfired in Gameweek 6, we have no choice but to opt for the Chelsea star once again in Gameweek 7. Having not scored in his last two Premier League fixtures, Lukaku will be desperate to find the net at least once against Southampton, adding to his four goals already scored this season for the Blues in all competitions (at the time of writing). Of those four goals, three have come at Stamford Bridge and Chelsea will be determined to supply him with the service he craves in front of their own fans, after being shut out by Man City last weekend.

What should play into Lukaku’s favour come Gameweek 7 is his opponents. The Belgian boasts an excellent personal record over Southampton, racking up nine goals and three assists over the course of his 12 matches played against the Saints throughout his career, with West Ham the only club whom Lukaku has scored more goals against. Liverpool and Man City go head-to-head at Anfield this week, so Chelsea cannot afford to slip-up here and Lukaku may be the one to take centre stage.

It’s been an agonising wait for Raul Jimenez (£7.5m) to get back on the scoresheet for Wolves for the first time since his return from long-term injury, but the Mexican star finally broke his duck in Gameweek 6, netting the only goal against Southampton in a 0-1 win for Bruno Lage’s side. Jimenez’s limited ownership, which currently stands at less than 5%, will certainly have had cause for celebration, with Jimenez’s performance netting them eight FPL points.

As is so often the case for forwards in football, you wait for one goal and once you get it, plenty more follow soon after. That could well prove the case for Jimenez, with Gameweek 7 seeing Wolves host a Newcastle side yet to keep a clean sheet in the Premier League so far this season. When taking into account the struggles of Steve Bruce’s Magpies in 2021-22, Jimenez will be chomping at the bit to capitalise on facing a fragile backline likely to be low on confidence. This could lead to those FPL managers willing to take a risk and entrust Jimenez with their captain’s armband getting the jump on their mini-league rivals.