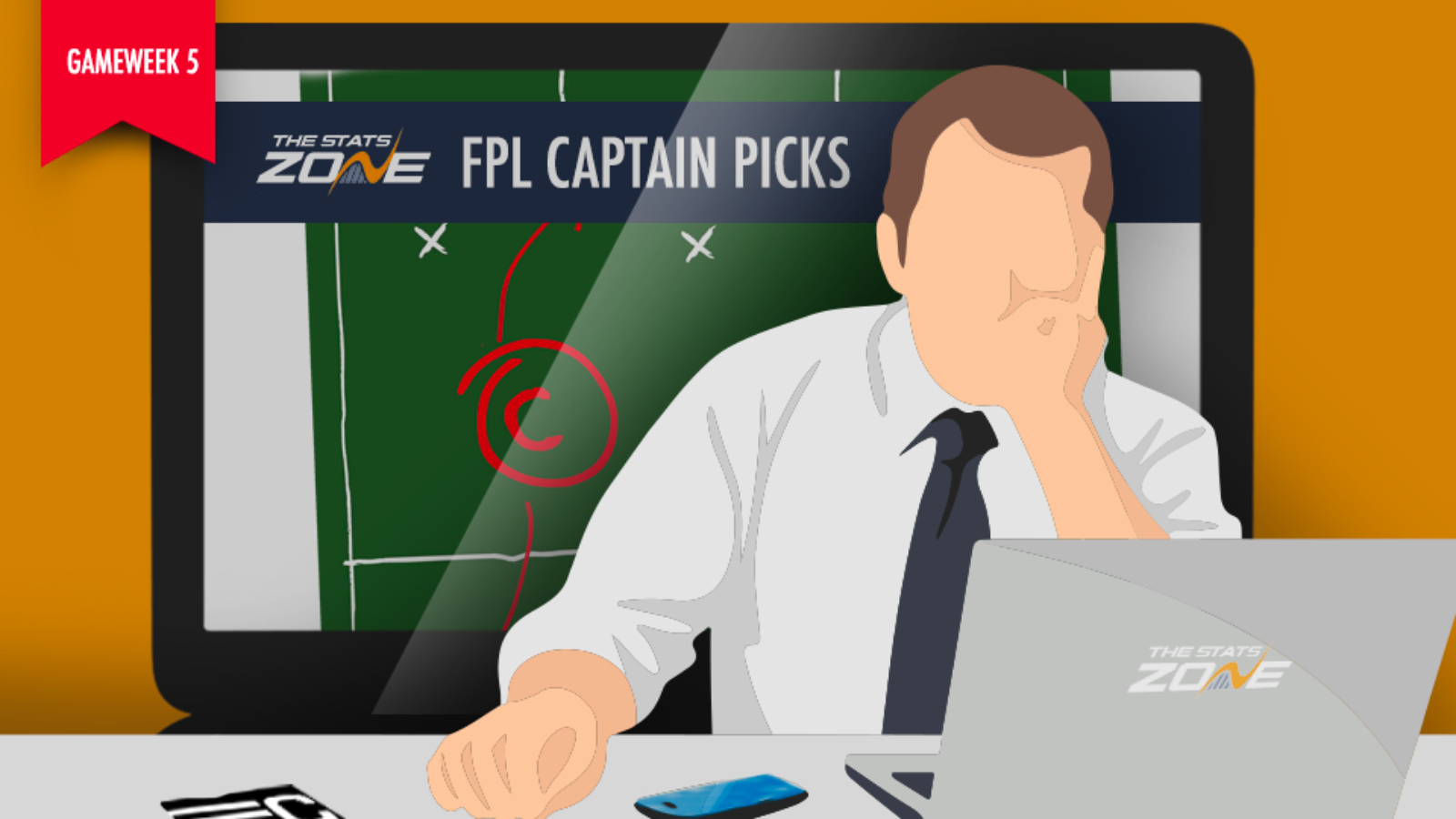 With a two-week gap between Gameweek 4 and Gameweek 5, many FPL managers have activated their wildcards in an attempt to bring in the early season form players. At the top of the list of quandaries will be whether a respectable squad can be built that includes all three of Sergio Aguero (£12.1m), Raheem Sterling (£12.3m) and Kevin De Bruyne (£9.8m).

Considered activating WC and having all 3.

Currently only have Sterling (With Salah), and worry about KdB and Aguero rotation when UCL starts.

Away from Man City, hopefully time has healed any wounds that exist between Mo Salah (£12.5m) and Sadio Mane (£11.5m) as Liverpool have an attractive home fixture against Newcastle. Spurs and Harry Kane (£11.0m) welcome Crystal Palace to the Tottenham Hotspur stadium, while Arsenal travel to Watford who have a new-old manager after the sacking of Javi Gracia and reinstatement of Quique Sanchez Flores. The top options from each of these fixtures are assessed ahead of Saturday’s 11.30am deadline.

Man City travel to a Norwich team this week that have already conceded the most goals (10) in the Premier League and allow an average of 17 shots per match on goal. The Canaries are also currently in the midst of an injury crisis with Ben Godfrey (£4.5m) their only fit centre-back. Man City, meanwhile, are the league's top scorers and average more shots on goal than any other team.

I can easily see 5+ goals for City here #FPL

Despite blanking last time out, Sterling still sits as the top-scoring midfielder in FPL. The Englishman has four goals in his two away league games so far this season and currently ranks first for expected goals/assists. He also has a good record against Norwich with three goals and four assists in six Premier League appearances against the Canaries.

Sterling ranks 1st for expected goals/assists (4.33) and 2nd for shots inside the box (12). He is active in the penalty area with 34 touches, and 7 big chances.

Having scored two goals and an assist in three away matches against promoted clubs last season, the fear over handing Aguero the armband is always one of rest and rotation. However, Aguero was left out of Argentina’s squad for their two friendlies this international break and therefore rest shouldn’t be a concern. He also should continue to get the nod as Gabriel Jesus (£9.5m) continues his rehab from a hamstring injury.

🥇Sergio Aguero is the top scoring striker in FPL after four gameweeks of action.🥇

Premier League assist king KDB already has six to his name this season having registered at least one in every Premier League match. However, the Belgian doesn’t just create goals but has also scored once already this season and currently sits fifth for most shots taken, with ten.

🥈Kevin de Bruyne is the 2nd top scoring midfielder in FPL after four gameweeks of action.🥈

Few in the league can match KDB's deliveries and crosses into the box represent a weakness of Norwich, with five of their ten goals conceded coming via crosses. They have looked generally feeble when it comes to defending balls into the box and if there is one player who can exploit this weakness, it’s Kevin De Bruyne.

With some African international teams not playing over this international break, both Salah and Mane should be well-rested ahead of a mouth-watering home tie against Newcastle. Historically, this has been a match-up that has produced goals, while the Anfield club have won the last three meetings between the two sides, scoring an average of three goals.

Both players represent excellent options for the armband but it is Salah who gets the nod due to his superior home form – he has three goals in two home matches while Mane is yet to register an attacking return at Anfield this season. Salah also has a better record than Mane when it comes to matches against Newcastle. The Egyptian has three goals and one assist in his four Premier League starts against Newcastle whereas Mane only has one goal in his six Premier League appearances against the Magpies.

🤔Will Salah be YOUR captain for GW5? #FPL

The end of the transfer window marked a return to the starting line-up for Christian Eriksen (£8.8m) and a return from injury for Dele Alli (£8.4m). No player will benefit more from these two being available again then Harry Kane, who has endured a ‘poor’ start to the Premier League season despite having scored three times. Spurs looked instantly more threatening in the match against Arsenal and with a hat-trick already to his name during the international break, FPL managers are hoping Kane’s form will start resulting in some FPL points.

Two goals and an assist for Harry Kane today 👏#FPL owners like...

Spurs face Palace in Gameweek five, a side who Kane has a modest record against after only scoring three times with two assists in his ten Premier League matches against them. The Eagles did concede five penalties last season though and Kane does love a goal from the spot.

I strongly believe Harry Kane is the best penalty taker to ever grace this planet.

One of just four players to have recorded attacking returns in each of the opening four Gameweeks, Pierre Emerick-Aubameyang’s (£11.1m) form appears to have flown a little under the radar this season. The player also has an excellent record against teams in the bottom half of the table, with 19 of his 22 goals last season coming against sides from outside the 'Big Six'.

Aubameyang is the missing piece to climb the ranks. Ran riot this time last season.

A flat track bully with an impressive record against non top 6 teams. pic.twitter.com/54NC7h5yAZ

Arsenal play Watford in Gameweek 5 as the Hornets remain rooted to the bottom of the table. Since his arrival in North London, Aubameyang has two goals and an assist in three matches against Watford.

The reasons for selecting a Man City player have already been well documented in this article. While the triumvirate of Aguero, De Bruyne and Sterling have rightly taken the headlines, their club captain has flown somewhat under the radar.

Will you be giving him a spot in your #FPL team for @ManCity's meeting with Norwich? 👉 https://t.co/4slwaaKj0s pic.twitter.com/17kVtJOQF9

Owned by just 7.4% of FPL managers at the time of writing, David Silva (£7.5m) is the fifth highest scoring midfielder despite having started just three matches this season. He also has four assists and 20 FPL points in City’s last two matches. The 20 points are two more than De Bruyne has scored over the same time period and nine more than Sterling. Priced at just £7.5m, he is also much cheaper than the pair.

I think Sterling, De Bruyne and D Silva could be viable options.

Trying to fit in Aguero could lead to an imbalanced team overall.