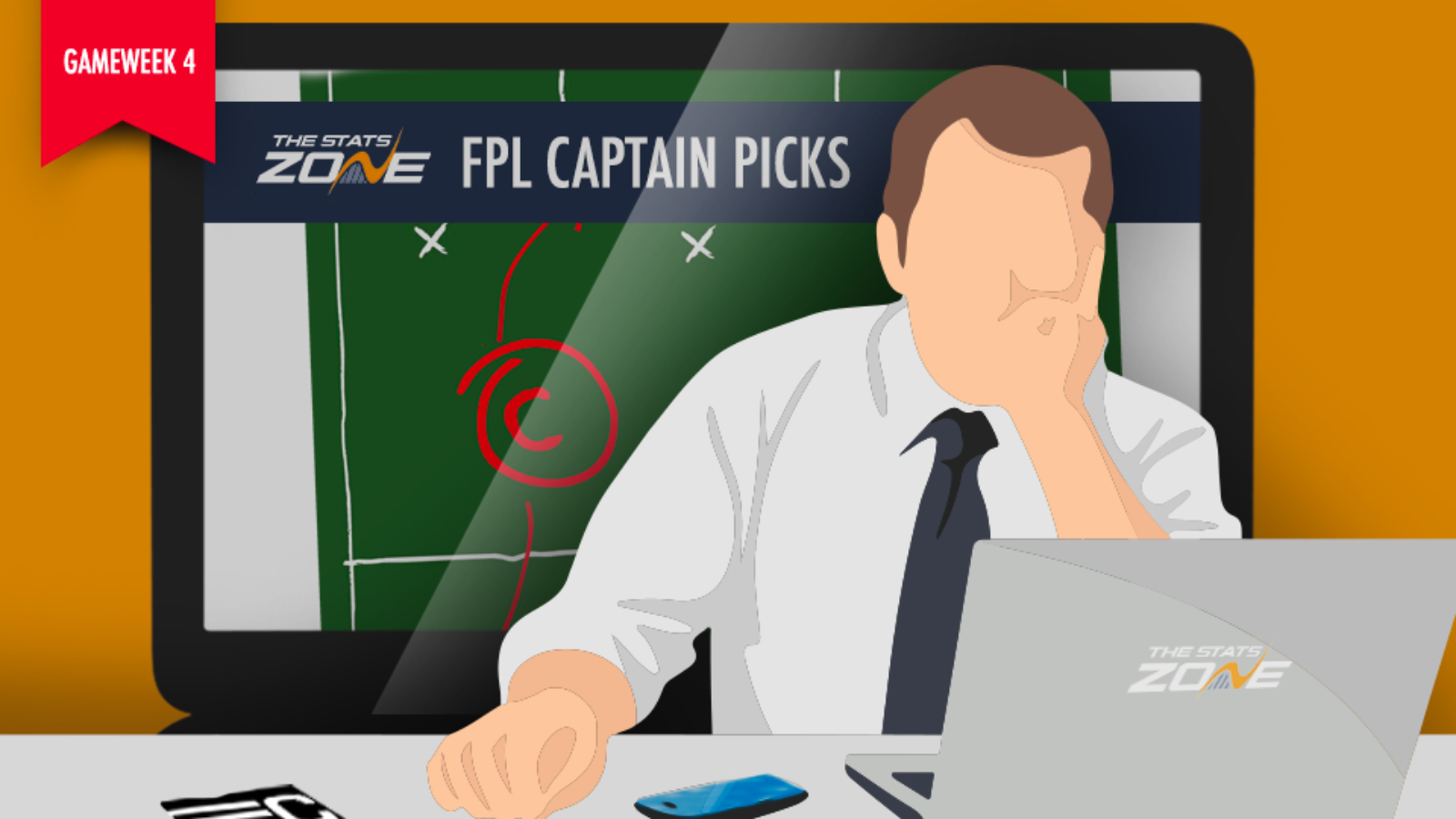 Choosing which of Man City’s assets to place the armband on could be the most difficult decision FPL managers face in GW4. Sergio Aguero (£12.0m), Raheem Sterling (£12.2m) and Kevin De Bruyne (£9.7m) have all made compelling cases for the armband in the opening three Gameweeks but for GW4 it’s the diminutive Argentinian who gets the nod. He’s joined by a number of players from other clubs as the captain options are assessed ahead of Saturday’s 11.30am deadline.

Four goals in his opening three matches, Aguero seems to have somehow slipped under the FPL radar at the start of this season. This is likely due to a combination of his Copa America commitments resulting in a late return and fear of Pep roulette eating into the striker’s minutes. Now three games into the season, the hamstring injury suffered by Gabriel Jesus (£9.5m) has led to the removal of both of these concerns.

🚑 @gabrieljesus33 has suffered a hamstring injury in training and will miss today's game at Bournemouth.

He will be back to full fitness after the international break.

Everyone at City wishes Gabriel a speedy recovery 🙏

In the first game following the injury to Jesus, Aguero played a full 90 minutes and scored two goals. He looks assured of the main striking role for, at minimum, the Brighton match ahead. It is an open secret that Aguero is dominant when playing at home, only failing to register an attacking return in four of his last 17 home games.

With a brace in GW2, Mo Salah (£12.5m) silenced his early doubters doubters and caused instant regret to the near 400,000 FPL managers who transferred the Egyptian out of their squads last week. A number of those managers, particularly the ones who played their wildcards, chose to bring in Sadio Mane (£11.5m) over Salah in order to redistribute the extra £1.0m saved.

The debate over Liverpool captaincy candidates is generally between Salah and Mane. While the Senegalese international has looked sharp this season and did record a goal and assist last week against Southampton, he actually had a relatively poor record away from home in 2018-19. Of his 22 Premier League goals last season, only four of them came away from Anfield.

Mane is over-performing his xG since the start of 2019, Not saying he doesn't deserve the goals👀

After an explosive start to the 2019-20 season, Teemu Pukki (£6.9m) currently sits as the top points scorer and top value player in all of FPL. Now the most highly-owned forward, the Finnish international has solidified his position as a genuine captain option moving forward. His five goals to open the season see him currently as the Premier League top scorer alongside Raheem Sterling.

The Pukki party gatecrashes the home of West Ham in GW4, a place where the Hammers have kept just three clean sheets in their last 17 matches. Pukki owners should expect chances with West Ham’s defence already being breached seven times this season. The club have also conceded an average of 17.7 shots per game to their opposition – second only to Aston Villa.

Teemu Pukki after 203 minutes in the Premier League:

You don't have him on your #FPL team? Sorry 😁#NORCHE pic.twitter.com/xd1v2tVrcB

While the current form of both Tottenham and Harry Kane (£11.1m) would normally be a cause for concern over placing the armband on the England captain, up next Spurs play local rivals Arsenal and as we all know form goes out the window in such local derbies. Goals should be expected in a fixture that has seen 14 of them and just one clean sheet in the last five Premier League matches between the two an the Emirates Stadium. Kane actually has a very good record against the Gunners having scored nine times in nine Premier League matches, having only failed to find the net once in that time.

1️⃣3️⃣9️⃣K have ditched Kane before the Arsenal game so far, a team he has a great record against:

After missing GW2 through injury, Sebastien Haller (£7.4m) catapulted himself into consideration for FPL managers following his brace against Watford. With 15 goals and nine assists in the Bundesliga last season, the Frenchman has shown he has what it takes to find the net and sits as the unquestioned No. 1 forward in the West Ham line-up. Currently owned by just 3.7% of FPL managers, that ownership is expected to rise as the week progresses.

SCOUT: Sebastien Haller scored twice for @WestHam against Watford, whilst managing the most shots on target in the #PL in Gameweek 3

Despite missing a game through injury, Haller has the third highest expected goals (2.08) amongst forwards behind only Sergio Aguero (2.41) and Marcus Rashford (£8.7m – 2.24). The Hammers welcome Norwich in GW4, and while the Canaries have been scoring plenty of goals and receiving plaudits for their fearless attacking play, they are susceptible to leaking a few chances and goals at the back.

V small sample, but despite playing City, West Ham have: