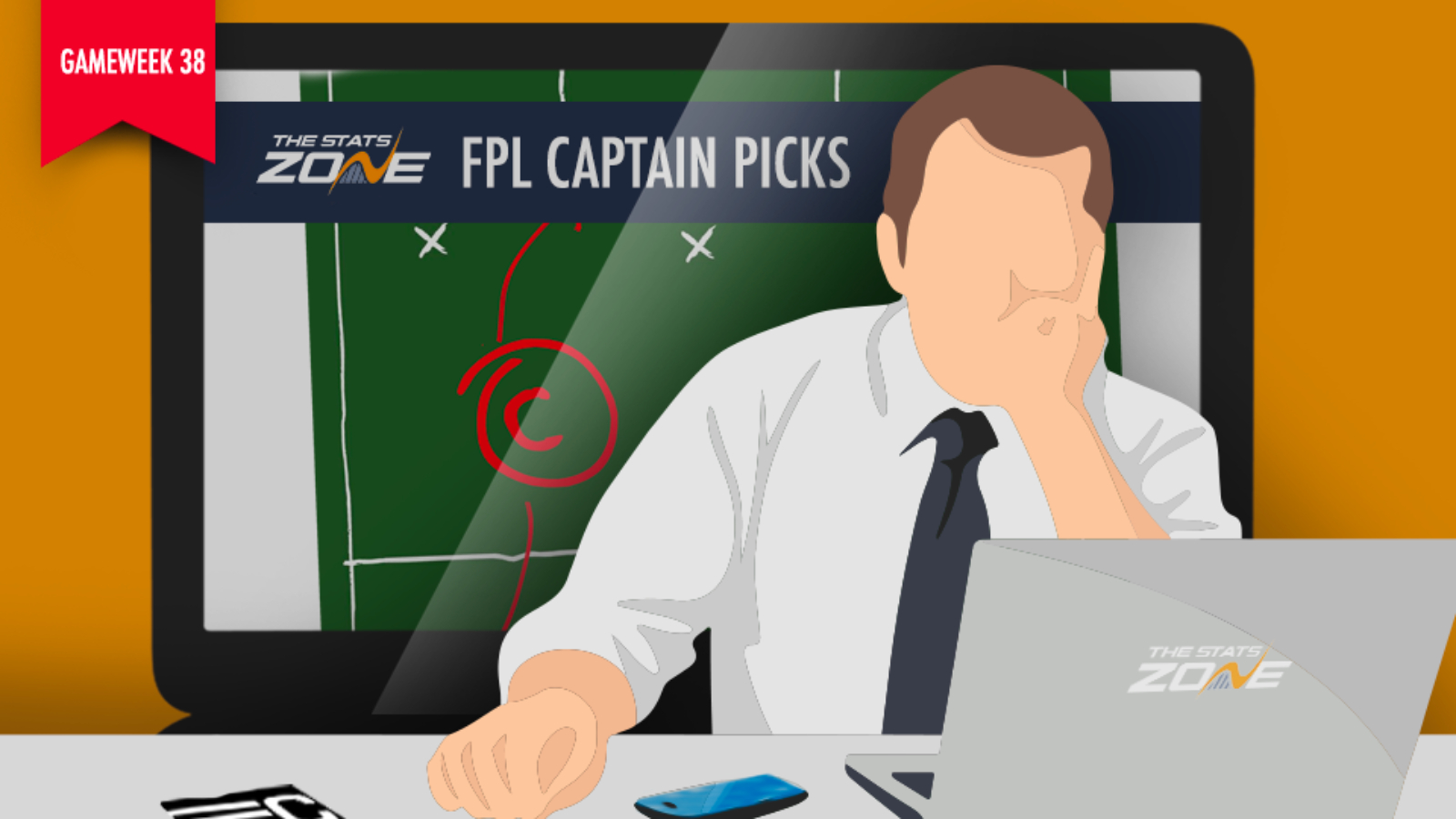 Gameweek 37+ saw another Man City goal glut, with Raheem Sterling (£12.0m) once again among the beneficiaries. Two goals from the England International in a 0-4 victory over Watford sees him just one goal away from the 20 goal mark in the Premier League this season. He finds himself level with Mo Salah (£12.5m), who seems to have succumbed under the pressure of trying to win his third successive golden boot. Salah failed to find the net for the third game running in Liverpool's thrilling 5-3 win over Chelsea.

Man Utd meanwhile, could only manage a 1-1 draw at home to West Ham, with an incredibly rare blank for Bruno Fernandes (£9.1m), who also got booked to pick up just the one FPL point. Mason Greenwood got the goal for United (£4.8m) with the inform Michail Antonio (£7.1m) scoring a penalty for the Hammers. Elsewhere Burnley secured a clean sheet with a 0-2 win over Norwich, leaving Nick Pope (£5.1m) tied with Man City keeper Ederson (£6.0m) in the race for the golden glove. Excitement is building for Gameweek 38+, the final gameweek of this long drawn out season and for the final time this campaign, we assess the key captain options ahead of Sunday's 15:00 deadline.

We'd like to start by apologising in advance should Man City go on to lose 0-1 to Norwich in the final gameweek. Many FPL managers will be loading up on their attacking players ahead of their home clash with the relegated Canaries and it's easy to see why. City have scored 16 goals in their last four Premier League matches and Raheem Sterling (£12.0m) has bagged six of them, including two assists. He has racked up 49 FPL points within that period of time.

We never thought we'd be referring to a Piers Morgan tweet in one of our articles, but then again these are unprecedented times after all! Man City manager Pep Guardiola in all his wisdom gave his players two days this week and Sterling spent his downtime sunning himself in St Tropez. This shouldn't be an issue in regards to his place in the starting lineup. Let's not forget when Mo Salah swanned off to New York last season, only to return and rack up a nice FPL haul against Huddersfield the following gameweek. Sterling will be the most captained player amongst the top 10k going into Gameweek 38+.

Another Man City midfield maestro, Kevin De Bruyne (£10.6m) is the joint highest scoring FPL midfielder this season with a whopping 232 points accrued since the start of the season. He has 11 goals and 22 (FPL registered) assists. The Belgian is just two assists away from breaking the all-time record for most assists in a Premier League season. That personal goal should give him extra motivation to break that record and as a result earn a hefty amount of FPL points for his owners in Gameweek 38+.

In what has been an incredible individual season for KDB, he will have been disappointed to miss out on the Football Writers Player of the Year award given to Jordan Henderson this week. Will he take out that frustration on Norwich and prove a point to those who don't believe he has been the best individual player in the Premier League this season? Like Sterling, he will be heavily captained this weekend.

Spurs forward Harry Kane (£10.9m) has quietly come into some serious goalscoring form towards the end of this season. The England International has 17 league goals this season, including four in his last two games, acquiring 25 FPL points within that period. He has proven a point that he is more than capable of scoring plenty of goals in a Jose Mourinho managed side.

Spurs are away at Crystal Palace in their final game of the season and the Eagles can't wait for the season to end. They have lost their last seven league matches, conceding 17 goals. They shipped four against Spurs in the reverse fixture earlier this season and with a plethora of injuries, this game doesn't bode well for them. Kane looks set to cash in and could proven a fantastic pick for those who have perhaps brought him into their side on a free hit.

Sunday will be an emotional day in the blue half of Manchester as arguably the greatest player to ever don a Man City shirt, David Silva (£7.5m) will play his final Premier League game for the club at home to Norwich. Nailed on to start, Silva has finished his English domestic career with a real flourish, registering two goals and three assists in his last two home league games, earning 30 FPL points.

Anyone not considering David Silva for his farewell game? Guaranteed 90mins (or as good as) he'll be on pens, corners, free kicks, dubious goals panel, wouldn't be surprised if he refs the 2nd half! Team mates all wanting him to bow out in style, surely a no brainer? #FPL

No doubt his teammates will all be desperate for 'El Mago' to bow out in style perhaps with one more goal. Any free kicks and penalties could well fall his way as a result. A golden differential in a City side who will be looking to score at least three goals against the Canaries to register 100 Premier League goals this season, it's worth seriously considering putting the armband on 'Spanish Dave' for one last time.