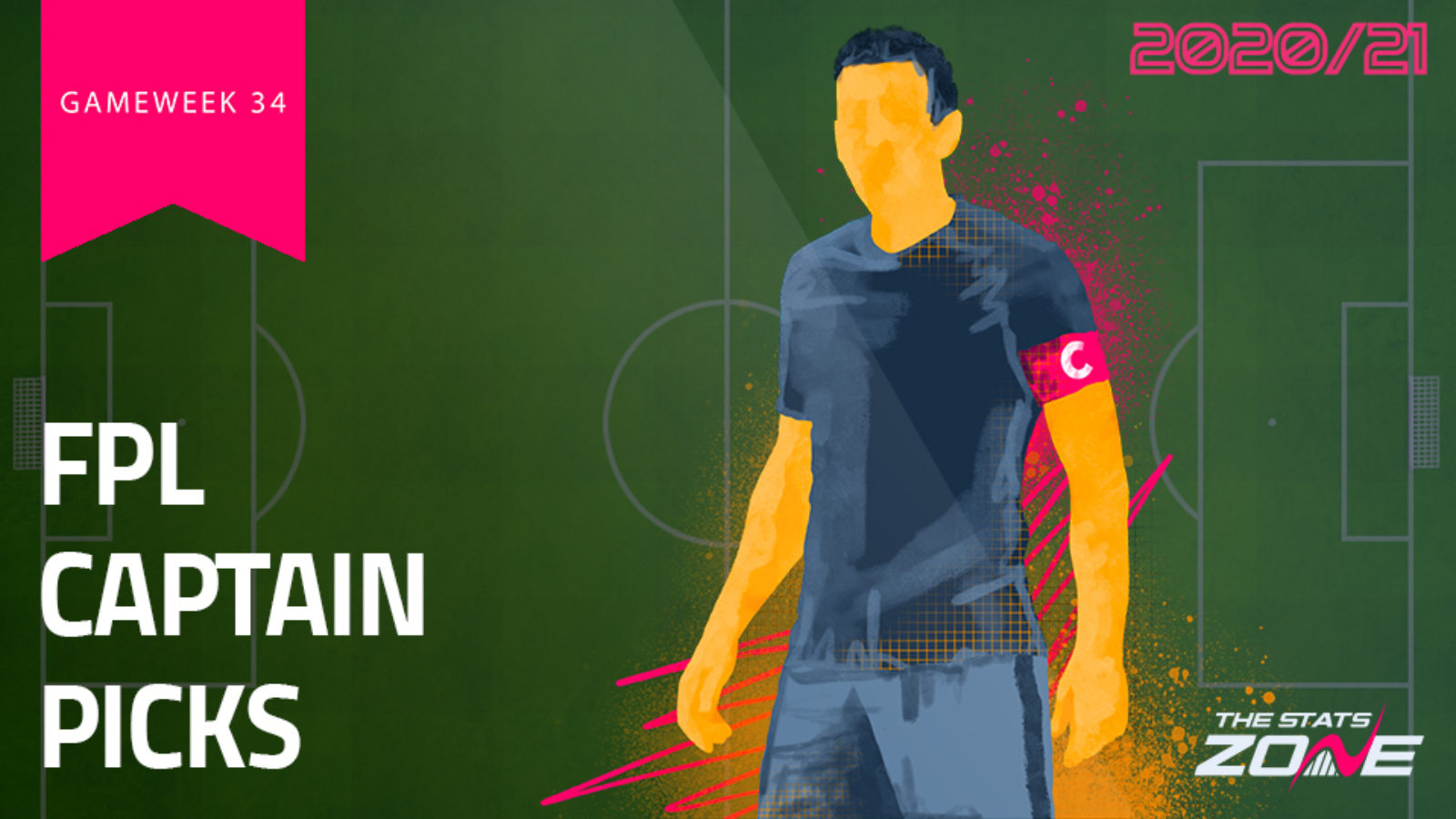 The players featured in last week's captains article started so well with Mo Salah (£12.7m) bagging inside two minutes but sadly, that was as good as it got. Liverpool failed to put Newcastle away and so it was no surprise when they conceded yet another last equaliser, this one coming in the last minute to wipe out last gameweek's differential captain option, Trent Alexander-Arnold’s (£7.6m), clean sheet. Disappointing isn’t the word. Speaking of disappointing, Bruno Fernandes (£11.5m) continued his recent fine form with yet another blank return in the Sunday match against Leeds. As promised, the Portuguese midfielder will now not make the captaincy selections for the remainder of the season. Really, the smart play was to move off Fernandes weeks ago but many have clung on to him in hope more than expectation.

The big scorer from last weekend was Burnley’s Chris Wood (£6.3m), who collected himself an excellent hat-trick against Wolves. The result pretty much guarantees Burnley’s survival and while there will be some who point-chase by transferring in Burnley’s frontman, targeting players who are set to play Wolves may prove more fruitful. The Midlands team have been poor in what has been a bit of a lost season for them. Just two wins in eight previous matches (against Fulham and Sheffield Utd), another defeat this weekend to West Brom would see the “they’re already on the beach” cries start to become louder. Baggies midfielder Matheus Pereira (£5.5m) should once again be seriously considered as captain material. He, however, doesn’t get the nod in this article and hence this honourable mention. Let’s look at who did make the grade ahead of Friday’s 18:30 deadline.

A lot has been said and written about the state of Tottenham Hotspur following their League Cup final defeat to Manchester City last weekend. While Spurs looked like a team bereft of confidence in that final, particularly when it came to making chances, their recent league form is actually very good when putting the ball in the back of the net. You have to go all the way back to Gameweek 24 to find the last time they failed to score in the league when they were beaten 2-0 by City at the Etihad. Maybe it’s just a City thing that Spurs struggle with. Maybe not. Still, they don’t play City this weekend and instead have a very friendly looking fixture against bottom-of-the-table Sheffield Utd. The Blades are in “prep for the Championship” mode and even after their 1-0 victory against Brighton at the weekend; you’d expect Spurs and the returning Harry Kane (£11.8m) to fill their boots. No side has a worse away record than the Sheffield club, who have conceded 31 times, suffered 14 defeats and not kept a clean sheet on the road in the league this season.

He played in the League Cup final so I fully expect him to return to league action against SHU. 21 goals, 13 assists for the season so far and up against the worst team in the league. Harry Kane captain is surely a no brainer this week? pic.twitter.com/dfEguyO2qw

In what could be the weekend that City finally wrap up the title, the stats for Raheem Sterling (£11.1m) actually make pretty dire reading when looking at his previous record against Saturday’s opponents Crystal Palace. Just one goal in 13 league appearances doesn’t read like captain material. However, what Sterling does have on his side this weekend is the likelihood of starting. Pep roulette will no doubt be in full swing ahead of City’s second leg tie against PSG, as the Manchester side look to get the job done following their excellent performance in the first leg. The likes of Kevin De Bruyne (£11.9m), Phil Foden (£6.0m) and Riyad Mahrez (£8.0m), who started and finished that match, will no doubt be rested in preparation for the return tie. Away from Sterling’s poor stats, Man City as a side have an excellent recent record against Crystal Palace. In their last ten league matches against Palace, City have scored a total of 29 league goals, have scored four or more on four separate occasions and failed to find the net just once over that time period.

Raheem Sterling's ownership has dwindled, but his potency away from home makes him one of @budfootball's GW34 Kings To Watch 👑

There is not a player in better form than Kelechi Iheanacho (£6.2m) at the moment. The Leicester frontman has had to bide his time for a run in the first XI, having to wait until February 3rd for his first league goal of the season. Since then, he’s found the net more times than any other player in the Premier League – a sequence that has seen the forward score ten goals in his last ten league starts, during which time he’s blanked just three times and averaged 7.8 points per appearance. There’s also five scores of nine points or more, showing that the striker is capable of those explosive returns that can propel your side up your respective FPL leagues. A match in Gameweek 34 against Southampton hardly looks like stopping this remarkable run. The Saints have been absolutely dreadful since the turn of the year, losing 12 times in their last 15 league matches. Simply put, they just can’t keep the ball out of their own net. There’s also the scars of the 9-0 hammering they took at the hands of the Foxes last season.

Following the glowing success of last week's defensive differential pick, we’re going back to GW32 and doubling up on Tottenham assets for the upcoming gameweek. With Gareth Bale (£9.1m) finally looking like he might find a place in the starting XI for Spurs, there isn’t a friendlier fixture than Sheffield Utd at home this Gameweek. It’s been a case of home comforts for Bale this season when it comes to his league form. The Welshman has scored in every league match he’s started at home for Tottenham this season (3), racking up 42 points in those three matches at an average of 14 points per match. Owned by just 3.0% of FPL managers, Bale is an excellent differential option away from the far more heavily-owned Kane and Heung Min-Son (£9.5m). He also represents a viable replacement for those managers looking to move on from the under-performing Fernandes.

The Welshman’s home comforts could make the difference for your #FPL team this weekend ➡️ https://t.co/eccZFZfueh pic.twitter.com/BrURJrfyBr