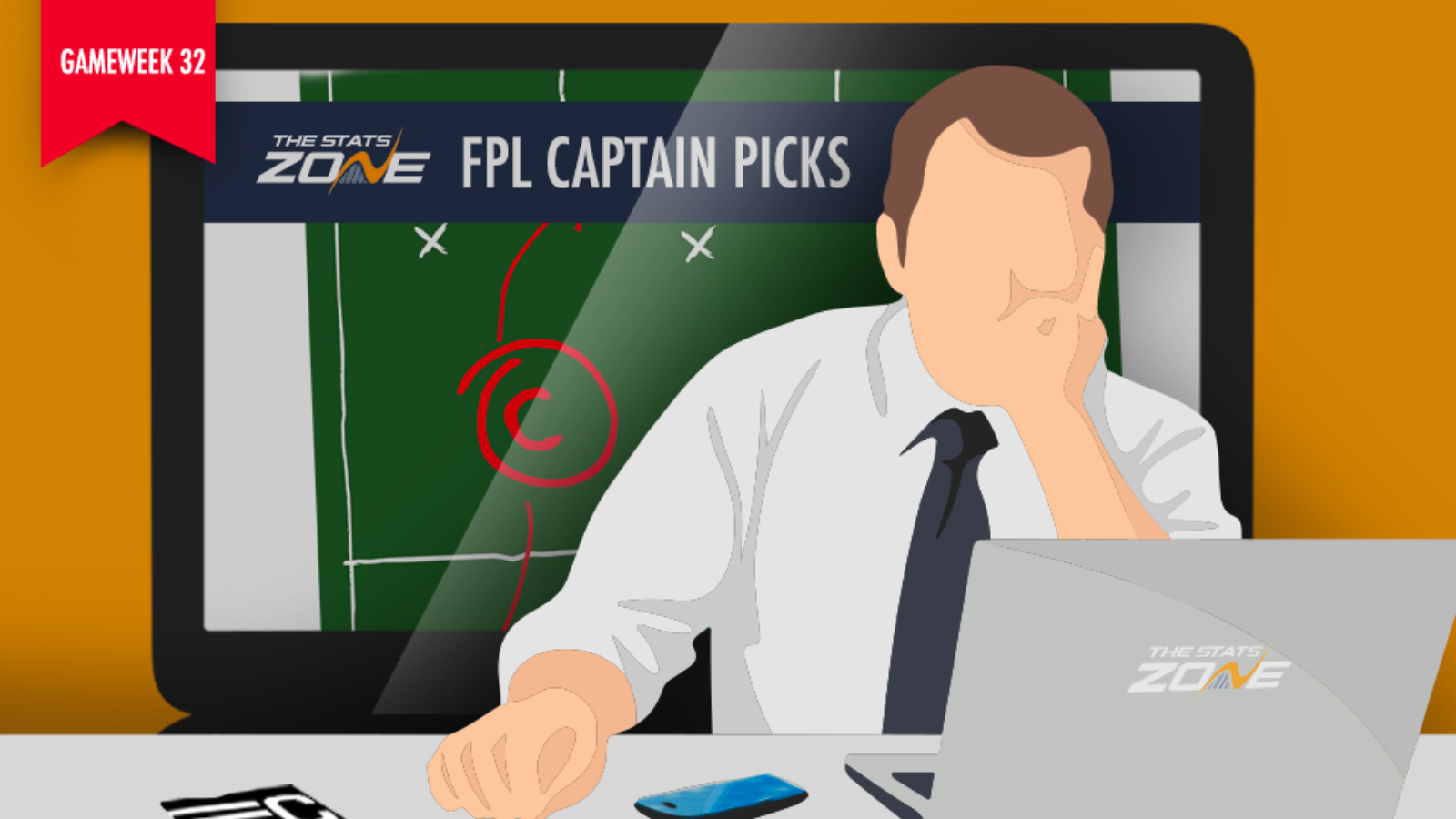 The non-stop FPL action continued over the past three days as Gameweek 31+ came and went in a flash. Another high-scoring gameweek with many FPL big hitters firing on all cylinders, so far many managers will be very pleased with their points returns since the resumption of Premier League action. Liverpool fans have a more important reason to celebrate, with their side clinching their first ever Premier League title following Man City's 2-1 defeat at Chelsea.

Now you're gonna believe us... https://t.co/vA41kqreEt

What sort of effect Liverpool wrapping up the title will have on the remainder of the season from an FPL perspective is certainly up for debate. However, there's little time to take stock with Gameweek 32+ already upon us, so let's delve straight back into the think-tank as we assess all the key captain options ahead of Saturday's 11:30 deadline.

Liverpool's Mo Salah (£12.7m) made it 17 Premier League goals this season with a goal against Crystal Palace, alongside an assist which saw him earn 11 FPL points from the fixture. Despite the league being won, Salah is still in the hunt for the highly-coveted Premier League Golden Boot and this is likely to spur him on in the remaining gameweeks.

No Salah = 0-0 against Everton Salah starts = makes it 2-0 against Palace Best believe Mo Salah is crucial to this club ❤️ https://t.co/ALdm6k6Y4g

Despite a tough Gameweek 32+ fixture on paper away at Man City, Liverpool have a good record of scoring goals against the side who has pushed them the closest this season. The Reds have scored 14 goals in their last seven matches against the Citizens in all competitions. City are always vulnerable to a counter-attack which should suit Salah down to a tee. He scored in the reverse fixture between the two sides and looks a good shout to do so again here.

Wolves' Mexican forward Raul Jimenez (£8.3m) has enjoyed a dream return to English top flight action post the league's suspension. His goal, a patented bullet header, was his second in as many games and puts him on 15 Premier League goals for the season to go with his six assists. He now has four goals in his last five Premier League matches.

The postman scores... Jimenez 1-0 Classic cross by Traore as well. They are so good. They hang but defenders still can't defend them. Brilliant

With Aston Villa vs Wolves being the first match of Gameweek 32+, we are guaranteed to get team news from Nuno Espirito Santo regarding his Wolves side. This could be crucial with a number of clubs in FA Cup action over the weekend where injuries could occur. This, along with Jimenez's goal against Villa in the reverse fixture at Molineux, tips us towards choosing him as one of our captain picks.

Another player hunting the Premier League's Golden Boot award is Arsenal captain Pierre-Emerick Aubameyang (£11.0m). Like Salah, the Gunners forward has 17 league goals so far this season and faces a mouthwatering home fixture against rock-bottom Norwich in Gameweek 32+. The same Norwich side whom Aubameyang scored a brace against in the return fixture.

Aubameyang has gone 4 PL games without a goal for the first time in his career. Surely he scores at home v Norwich? #FPL

Two question marks hover over this selection. Firstly is Aubameyang's form; he has yet to score since the Premier League returned, albeit he has come close on multiple occasions. Secondly is the potential for rotation with Arsenal in FA Cup action over the weekend, three days before facing Norwich. However, the fixture is simply too enticing for us not to pick the Gabonese star. Surely he bounces back in a big way here?

Spurs manager Jose Mourinho had some choice words pre-match for those who claim that strikers struggle to score goals under him. After running over a list of strikers who banged in goals for fun under his stewardship, Mourinho confidently stated that Kane will soon be back to his clinical best. He was proven right in Gameweek 31+ as Kane found the net against West Ham.

"I had one guy, who wasn't bad, he plays for Juventus now..." 👀 Jose Mourinho gives impassioned defence of his influence on strikers amid criticism that his playing style will not bring out the best of Harry Kane at Tottenham.

It's a possibility that Mourinho's comments may have lit a fire under Kane, with the England striker now fully-fit again. Gameweek 32+ sees Spurs travel to a Sheffield Utd side smarting after two successive 3-0 defeats. Kane will be determined to finish the season strongly and would represent a shrewd differential captain pick, with potential for a big points haul.