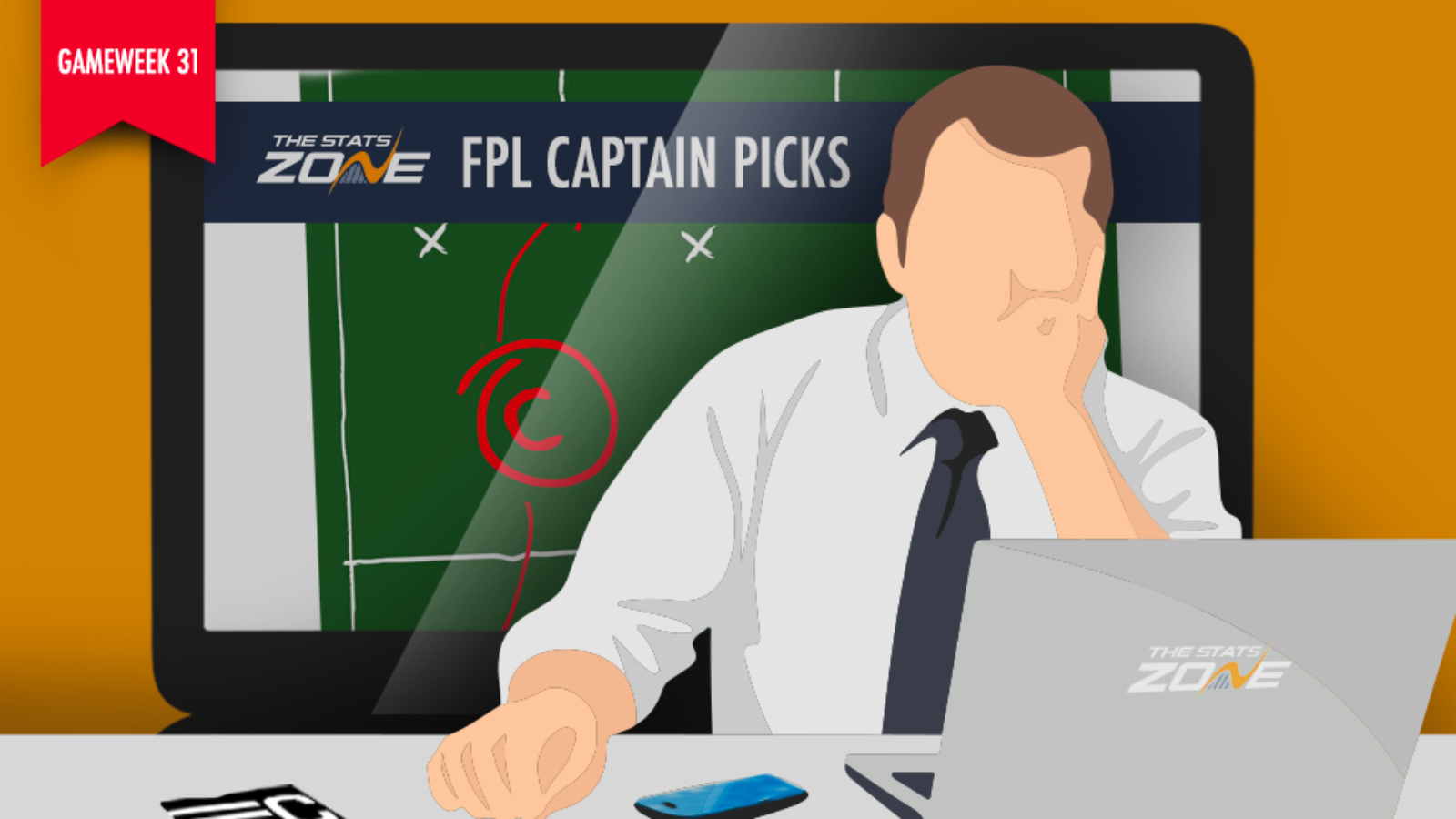 FPL returned with a bang over the last week with matches to enjoy and lots of fantasy points to be had. Double Gameweek 30+ has proved a triumph for many with lots of big scores and managers high-fiving each other inside the illustrious "100 point club". The bench boost was a chip that proved incredibly popular, with managers loading up their sides with Sheffield Utd and Man City assets in particular.

Just seen my brother has captained Dean Henderson in our Monday night footie league 🔥 I think he needs to start his own account aha! 22 points once bonus kick in... not a bad start at all! #FPL #FPLCommunity https://t.co/EqZegqrWt4

However, this game comes at us thick and fast so we have no time to dwell on success or failure. Gameweek 31+ is right around the corner and with it are our thoughts on who should be handed the armband for a fast and furious three-day gameweek. With Liverpool inching ever closer to a maiden Premier League title and the race for Champions League football hotting up, we assess all the key captain options ahead of Tuesday's 17:00 deadline.

Liverpool's 0-0 draw away at Everton means that the Reds will have to wait a little longer to lift the Premier League trophy. The shut-out perhaps doesn't bode well for Crystal Palace, whom visit Anfield in Gameweek 31+. Sadio Mane (£12.5m) played 90 minutes without scoring and with a question mark over Salah's fitness, Mane seems the logical captaincy choice here.

Mane has a good record against Palace, having scored eight goals against the Eagles in the Premier League. Should Salah not feature then the pressure will be on the Senegalese star to provide the attacking returns for Liverpool in this game. With so many captaincy options this week, Mane could prove a real sleeper selection in terms of a points haul.

The star of Bruno Fernandes (£8.6m) continues to shine brightly amongst FPL managers after the Portuguese sensation netted from the spot in Man Utd's 1-1 draw away at Spurs. He could have even had the chance to win the game for the Red Devils with another penalty before VAR intervened, although it appeared that Marcus Rashford was angling to take the penalty that never was.

Had to double check my calculation as was convinced it was too high... But Bruno Fernandes has averaged 7.83 points per game in #FPL!!! 🤩 #essential https://t.co/D1vfYyKDbu

Bruno now has 47 FPL points for the season in just six gameweeks, with three goals and three assists. Facing a Sheffield Utd side in Gameweek 31+ without Egan, possibly O'Connell and also goalkeeper Henderson, he looks set for another lucrative day at the office from an FPL perspective.

One forward that returned with a hefty bang was Wolves frontman Raul Jimenez (£8.1m) with the Mexican star netting against West Ham in the second half to set his side on their way to a 0-2 away win at the London Stadium. It was the Mexican's 14th Premier League goal this season and he also has six assists to his name in the league.

Thread: GW31+ Captains © Raul Jimenez Pros: - On cracking form 💫 - Playing an out of sorts Bournemouth side 🍒 - Team full of confidence, chasing Europe 🌏 - Talisman and on set pieces 🎯 Cons: - Literally can’t think of one. He is a genuine candidate for the armband! #FPL https://t.co/nR2QTZFBYV

Jimenez's Wolves host a Bournemouth side in Gameweek 31+ who are coming off the back of a 0-2 home defeat to Crystal Palace. Jimenez scored against the Cherries in the away fixture and, playing in a side still with plenty to play for as they chase a Champions League place, the omens look good for him finding the back of the net again in this one.

Two words...Norwich away! That alone should be enough for us to justify the selection of Dominic Calvert-Lewin (£6.5m) as our differential captain choice for Gameweek 31+. Norwich showed in Gameweek 30+ why they will be playing Championship football next season. A team devoid of confidence, once Southampton scored the first goal, the floodgates opened and the Canaries were lucky to get away with only losing 0-3.

Just noticed that since Ancelotti joined Everton in December, they’ve scored in every game, bar the last 2 (CHE (A), LIV (H)) DCL has 8⚽️ 1🅰️ during that period The only other FWD with more attacking returns since GW19 is Aguero who is twice the price Next up Norwich 😜

As defensively frail as any 20th-placed side in the Premier League, Carlo Ancelotti side will be licking his lips at the prospect of facing Norwich in Gameweek 31+. Calvert-Lewin has scored 13 goals in the Premier League this season. After Danny Ings registered a goal and assist at Carrow Road in Gameweek 30+, we're confident that the Everton forward can manage something similar here.