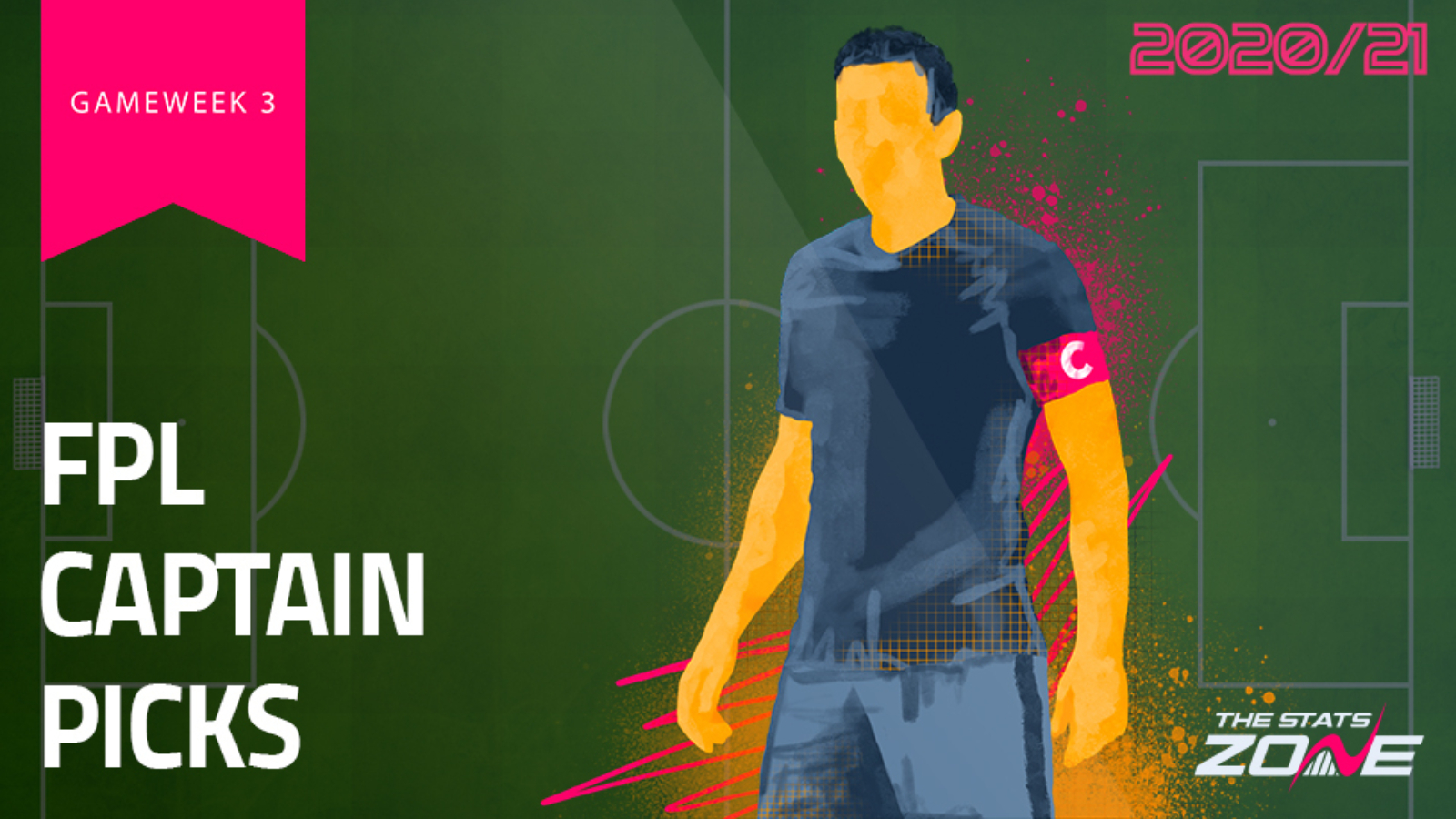 Gameweek 2 saw both Man City and Man Utd join the Premier League party for the 2020-21 season with differing results from an FPL perspective. Whilst the likes of Kevin De Bruyne (£11.6m) picked up right where they left off last season in terms of scoring, assisting and racking up FPL points in bulk. Others, like Bruno Fernandes (£10.5m) and Anthony Martial (£9.0m) suffered surprise blanks as the FPL pendulum firmly swung towards the blue half of Manchester. It will be interesting to see if the balance shifts once again this weekend as we assess all the viable captain options for Gameweek 3 ahead of Saturday's 11.00am deadline.

The first player under the spotlight takes us to Anfield as for the third time in three gameweeks, Mo Salah (£12.1m) is in focus as someone that should be seriously consider for the armband. The Liverpool midfielder blanked in the Reds' 0-2 win away at Chelsea in Gameweek 2, however that fixture was away from home. Salah's record at Anfield was phenomenal last season with 15 of his 19 league goals scored at home and he has since carried that into the 2020-21 season with a hat-trick in Liverpool's first league game at their home, a thrilling 4-3 win over Leeds.

Most likely Salah is going to be my skipper in GW3. I am not a fan of Arsenal's defensive capability and just can't stay immune on the numbers below. #gw3 #fpl https://t.co/TdrJgXr0pQ

Liverpool host Arsenal in Gameweek 3, a fixture that Salah has fond memories of, having scored twice in this match last season, ironically also on Gameweek 3. After failing to score in Gameweek 2, the Egyptian will be itching to fire again here and he looks an incredibly enticing captaincy option for all the FPL managers that own him.

What a player Kevin De Bruyne (£11.6m) is! Anyone thinking that the Man City midfield maestro would start the season slowly were sadly mistaken. De Bruyne ran the show in City's Gameweek 2 fixture away at Wolves and could have had more than just the one goal and assist in a 1-3 victory for the visitors. FPL managers will be reassured that the Belgian remains on penalties for Pep Guardiola's side, which looks like increasing his points output further this season.

Aubameyang 🔄 De Bruyne Sure this move will be very popular ahead of GW3. Anyone pulled the trigger yet? #FPL #FPLCommunity https://t.co/A00akhTgaw

De Bruyne is currently in the top five of most bought players by FPL managers ahead of Gameweek 3, which sees Man City welcome Leicester to the Etihad Stadium. Many of those who have brought the midfielder in are likely to put the captaincy on him and who can blame them. On penalties, free kicks, corners and with it being too early in the season for him to be rested, De Bruyne represents an extremely attractive captain pick.

It was an amazing Gameweek 2 for Heung-Min Son (£9.0m)! The Spurs midfielder collected the biggest FPL haul of the 2020-21 league season so far after scoring an incredible four goals as the North Londoners thrashed Southampton 2-5. Those four goals saw the South Korean starlet amass a whopping 24 FPL points for his almost disbelieving owners.

Son still has West Ham and Newcastle to come in next 3 weeks. Decent hold for those that did.

Newcastle at home awaits Spurs in Gameweek 3 and the Magpies did not fare well in their most recent Premier League game, losing 0-3 to Brighton at St James Park. Another friendly fixture on paper for Spurs and when you consider Son's potential outlet going forward and the form that he is in, entrusting him with your captain's armband may prove fruitful to your FPL rank.

Whoever we chose as our differential pick here has an almost impossible act to follow, after our Gameweek 2 differential pick Dominic Calvert-Lewin netted a hat-trick in Everton's 5-2 win over West Brom. So as we look to find someone who can bring similar success, we've gone for one of the most reliable yet underappreciated FPL assets in recent times. Raul Jimenez (£8.5m) has always proven himself as a top quality forward in the Premier League, having scored 30 goals and registered 17 assists in the two full seasons he has spent in England since joining Wolves. Unsurprisingly, Jimenez has started this season strongly, scoring in both of their opening two fixtures and picking up 14 FPL points in the process.

Raul Jimenez is such a reliable striker, he is always on my FPL team

Wolves travel to West Ham in Gameweek 3, a side who have lost both their opening Premier League games. They are a team that Jimenez has fond memories of, having scored against the Hammers in this fixture last season. If you are looking for a proven performer against West Ham and a differential captain to move you up your mini leagues at a rapid rate, Jimenez looks the ideal pick for Gameweek 3.