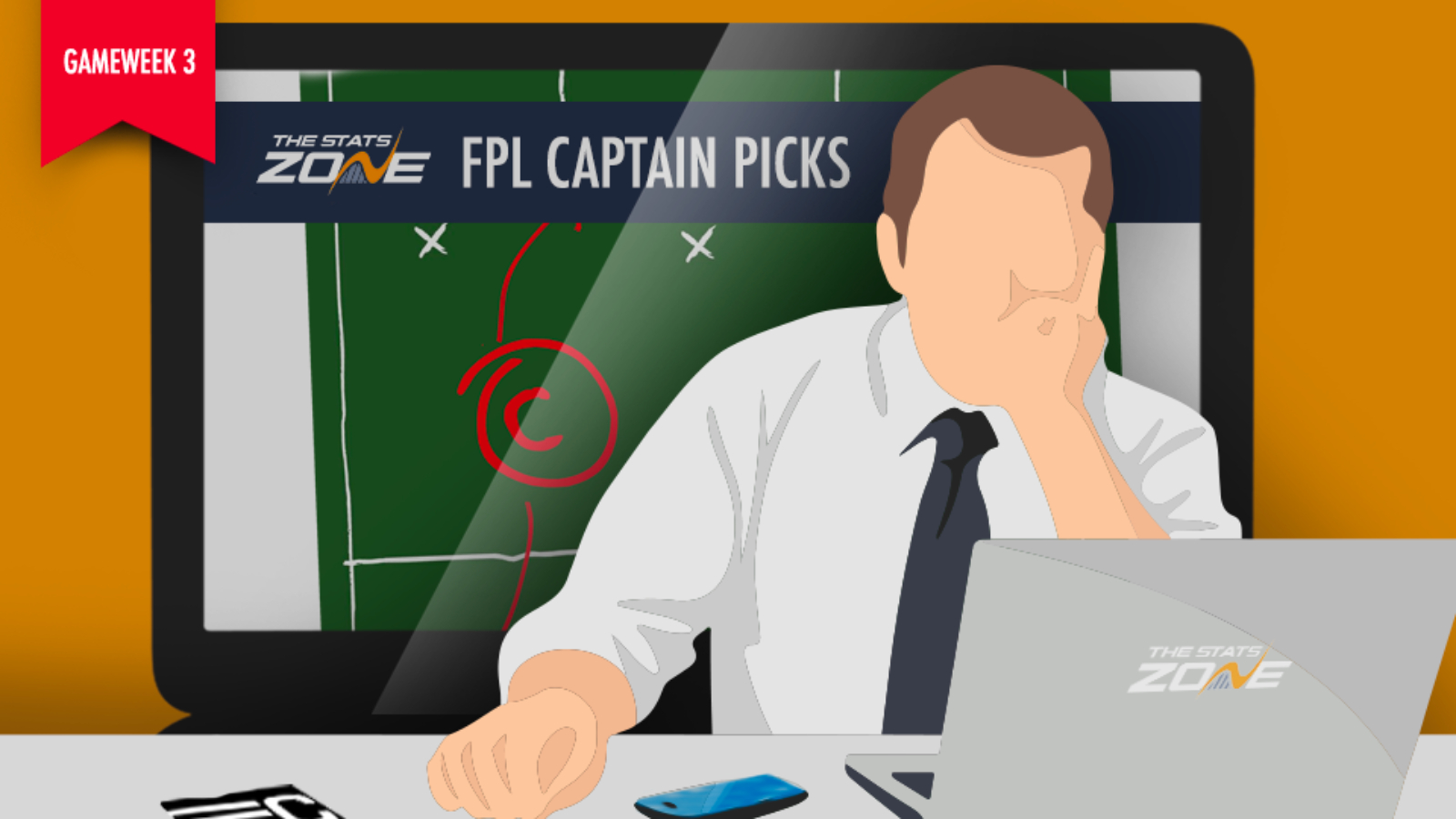 After the sky-high scores of GW1, GW2 offered a return to normality with the average score of the week being a measly 41 points. Ahead of GW3, FPL managers would appear to be spoilt for choice when it comes to whom to place the armband on, with a plethora of attractive looking fixtures on offer. Still, after much deliberation, the options have been whittled down to a top four and one differential option ahead of Friday’s 7.00pm deadline.

The #FPL captain pick next week in #GW3 could be very widely spread!

Another goal in GW2 bought Raheem Sterling’s (£12.1m) total to 12 in the Premier League in 2019. It also means that, including pre-season, the midfielder has now found the net in six of his last seven matches. Simply put, he is a man in form and there is an argument for just leaving the armband on Sterling every week.

Also his record against Bournemouth in the Premier League 😍😍

He also loves a match against Bournemouth, having scored more Premier League goals (eight) against the Cherries than against any other Premier League team. With Kevin De Bruyne (£9.6m) back operating at 2017-18 levels, Sterling is going to continue to see the chances and goals rack up as the weeks go by.

In the end, it seemed impossible to choose between Sadio Mane (£11.5m), Mo Salah (£12.5m) and Roberto Firmino (£9.5m) as matches between Liverpool and Arsenal generally result in goals, particularly for the side from the North-West of England. In their last six meetings, the Anfield club have won four, drawn two and scored 20 times – that’s an average of 3.33 goals per game.

Guess where they will be playing this weekend 😊😊😊😊

As such, all three Reds attackers offer excellent captain options against Arsenal in GW3. This is highlighted by each of their records against the Gunners and leads us to TSZ’s pub stat of the weekend; each of the trio have never failed to score against Arsenal, at home, in the Premier League since they signed for the club.

A nailed on starter for Pep Guardiola when fit, Kevin De Bruyne (£9.6m) strengthened his case as a must-have midfielder with a sparkling display against Spurs. Finally fit again after an injury-plagued 2018-19, the Belgian has taken just two matches to reintroduce himself as the heartbeat of this Man City side.

KDB looks great value over the next 4:

👕 £9.6M
👕 Bournemouth, Brighton, Norwich and Watford next
👕 Most chances created this season (12)
👕 Most assists this season (3)
👕 Most advanced player vs Spurs

I'm fully on board with Sterling and KDB! #FPL pic.twitter.com/rEK2dPhk0f

With three assists in his opening two matches, a fixture against Bournemouth is next up for De Bruyne. Historically, this hasn’t been a good fixture for the Cherries, with the side yet to record a single point against City since their promotion to the Premier League. The Citizens have also never failed to find the net, scoring an average of 3.13 goals per match against Bournemouth.

After a quiet GW2 in which Harry Kane (£11.0m) mustered zero shots against Man City, a fixture against Newcastle brings the England captain back into our thoughts for a captain choice. Even at this early stage of the season, Newcastle looks like a side heading for the drop. Fresh from a 3-0 defeat at the hands of Norwich, the back-line failed to contain current FPL darling Teemu Pukki (£6.7m), who bagged all three and arguably could have had more.

Thinking of getting Kane in for the next few weeks. NEW(h) ARS(a) CRY(h) for the next 3 seems a good time to get him in.

Newcastle look shaky at the back.

Palace seem to be letting goals in for fun. #FPL

After missing the first two games of the season through suspension, Heung-Min Son (£9.5m) will return to the side for Spurs’ GW3 match against Newcastle. Owned by just 1.4% of FPL managers at the time of writing, the South Korean offers ultimate differential value as Tottenham will look to run rampant against a porous Newcastle back-line. In the equivalent fixture last season, Son registered a goal and an assist on his way to 11 points.

Him and Kane could be lethal over the next few weeks! Will you be putting him in? 🤔 #FPL

With Spurs due to play Arsenal (a), Crystal Palace (H), Leicester (a), Southampton (H), Brighton (a) and Watford (H) in the six matches following this plum fixture against the Magpies, Son doesn’t just represent a viable captain option this gameweek but also a player who could score heavily over the next month.

Son sliding straight into my team this week. So happy to have him back ❤ #FPL pic.twitter.com/VrajARnsSQ