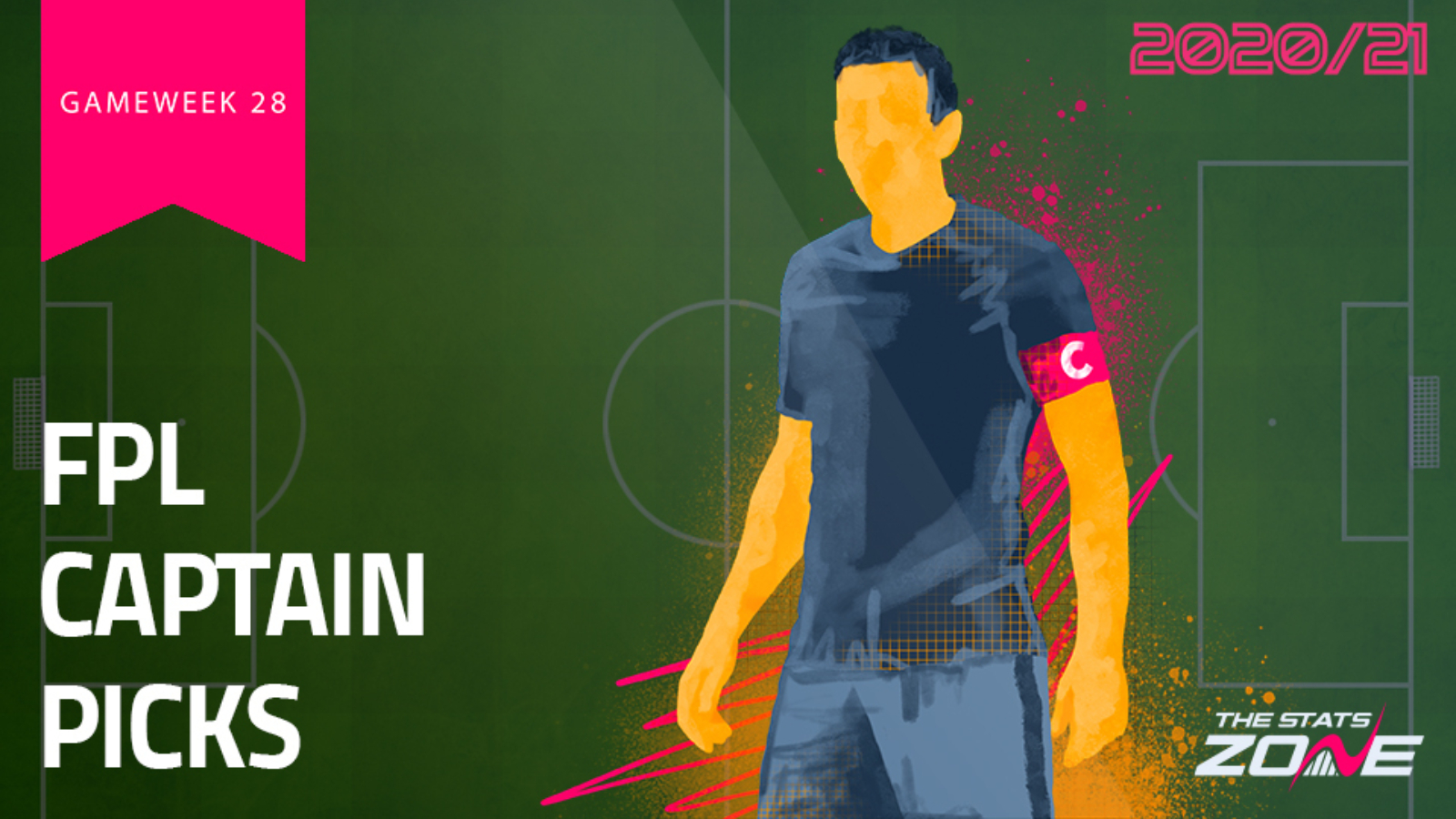 The biggest news of DGW27 saw Man Utd end Man City’s 21-game winning run thanks to goals from Bruno Fernandes (£11.5m) and Luke Shaw (£5.1m). Shaw has been on an absolute tear as of late, averaging 6.5 points over his last eight matches. Still just owned by only 11% of FPL mangers, the Utd left-back could prove a shrewd investment down the home stretch of the season.

Elsewhere, Spurs continued their recent good form as Harry Kane (£11.3m) and Gareth Bale (£9.4m) both bagged a brace in their match against Crystal Palace. Kane managed a rare feat in this match of both delighting and infuriating FPL managers. Plus points were that his 19-point haul represents the most of any FPL player last gameweek. Not so plus points were that they didn’t come last week when triple captained by the majority of these managers. It’s the sort of situation that makes you throw the remote at the TV before declaring loudly to the rest of the household that “you're fine” and “it’s just not your season” before walking upstairs to quietly contemplate why it is you even play this game after having put the armband on Joao Cancelo (£6.2m). Not that this writer is bitter or anything.

Harry Kane when Harry Kane
we triple-captain vs Palace:
him:

Moving on, Liverpool continued their impressive form with a sixth home loss on the spin. Fulham were the victors this time, thanks to a single goal from Mario Lemina (£4.5m). Scott Parker’s side continue to impress in their bid for survival while another clean sheet means it’s now five in seven for the Cottagers. A man who also loves a clean sheet is Chelsea manager Thomas Tuchel. Chelsea have now kept seven in his nine league matches in charge and the smart money here is on Cesar Azpilicueta (£5.7m), who just keeps racking up those clean sheet points. Let us now turn our attention to GW28 and assess the top captain options ahead of Friday’s 6:30pm deadline.

Whisper it quietly but Tottenham are on the verge of putting a run of form together. Four wins on the spin in all competitions (this article is written before Thursday's Europa League match), 13 goals scored, the goals are flying in at a rate not seen since Mourinho’s days at Real Madrid. Four more came at the weekend against Crystal Palace and Spurs have now scored four times in a match in five of their last eight matches in all competitions. They are also up to 100 goals for the season, which Mourinho recognised with his usual grace and humility.

Jose Mourinho: "I was told we have now scored 100 goals in the season which for a very defensive team, a very negative team is not bad." https://t.co/fBjiErzj32

Key to this record is the prowess of Mourinho’s #9. Putting the Triple Captain frustrations aside, Kane once again represents an excellent armband option this weekend ahead of their match against Arsenal. Kane loves a goal on the big stage and no stage is bigger for Tottenham fans then matches against the Gunners. Only against Leicester does Kane have a better Premier League record having scored 11 times in 12 matches against Arsenal. He’s also only blanked twice in those 12 league matches. They also play at the traditional prime-time slot of 4:30pm on a Sunday, meaning Kane captainers get to live in hope all weekend of what is yet to come, as opposed to the disappointment of what has passed on Saturday.

Picking a Man City player to captain prior to their match against Southampton is a difficult task, as the line-up midweek should provide plenty of clues as to who may be rotated at the weekend. There’s an argument that any of Man City’s starting XI would make an excellent captain option this gameweek but in the midst of uncertainty we’ve gone for Kevin De Bruyne (£11.8m). Quieter than normal and fairly wasteful in possession against Man Utd at the weekend, the Belgian still managed to create eight chances in that match – five more than the entire Man Utd side. Can’t wait until he’s back in form…

8 - Kevin De Bruyne created 8 chances today, the joint-most by a player in a @premierleague game against Man Utd (since 2003-04), and the fourth different man to do so -

City and De Bruyne will also be out to prove a point following their weekend defeat. Though only similar in the fact it was a surprise, their loss to Man Utd has got us thinking back to the 2018-19 season when City were beaten 3-2 by Norwich. An 8-0 humbling of Watford was their response to that set-back and there is a danger that Fulham (or Southampton) could suffer a similar, if not as devastating, result.

Never sell (or bench) the top-scoring player in FPL. It is a hard lesson that has been learnt for the 331,000 managers that transferred Fernandes out of their line-up prior to their DGW27 match against City. These FPL managers were rightly punished as the Portuguese midfielder scored his 16th goal of the season to bring up his 11th double-digit haul. Fernandes represents everything that is desired in an FPL captain choice. He scores goals, gets assists, takes penalties and free-kicks, and even more importantly, is a nailed on starter every week for his club.

I think what we’ve learnt from this weekend is that we should never sell Fernandes and because we’ve learnt that. Don’t sell Salah ahead of the Wolves game. Even though he’s blanked 11 times in his last 14 games. We know how this ends... #FPL

The only thing not going for Fernandes this week is his opponent. Man Utd welcome West Ham to Old Trafford on Sunday, who moved up to fifth last following a comprehensive dismantling of Leeds. That said, the Red Devils have an excellent record against the Hammers having only lost to them twice at home in the Premier League era. The last of those defeats came back in 2006-07 and since that time they’ve scored 25 times in 12 matches, only failing to find the net once. In addition to this, Moyes has an absolutely appalling record against Man Utd. 27 league matches have yielded just three wins to go alongside 17 defeats and an average of 1.93 goals conceded per match. Recent form suggests a tough match, history suggests a Man Utd victory.

Four premium picks for this week's article but how could we not pick Jamie Vardy (£10.2m) ahead of Leicester match against bottom-of-the-table Sheffield Utd. Sure he’s going through a bit of dry spell by his own high standards – one goal in his last 11 league appearances – but the lifelong Owls fan always seems to get the better of their cross-city rivals. Four matches, four wins and four goal involvements. Simply put, Vardy always delivers when playing against the Blades and looks set to get back amongst the goals this weekend.

Grew up a Sheffield Wednesday fan.
Scores at Bramall Lane with his first shot.
Cups his ears at the Sheff Utd fans in celebration.

Jamie Vardy - one of a kind. pic.twitter.com/1pMZLUlNsm

There are so many upsides to picking an attacking defender as a differential that it is almost impossible for us to ignore. A clean sheet, plus a goal involvement, generally means bonus points and a large green arrow. Also at this point in the season, for those FPL manager needing to make ground on their competitors, time is quickly running out.

While Ricardo Pereira (£5.9m) could have just as easily filled this space, we've gone with 2018-19 fantasy darling, Patrick van Aanholt (£5.4m). Crystal Palace face West Brom at the weekend who, with just two goals in their last six matches, have the second worst attacking record in the league. They have also conceded 56 times, by far the worst defensive record in the division and Van Aanholt actually has a good attacking outlay against the Baggies. Over eight league matches, he has been involved in five goals (two goals, three assists), more than against any other club. As such, the Dutchman hits the likely clean sheet, potential attacking returns button. Here comes the one pointer…