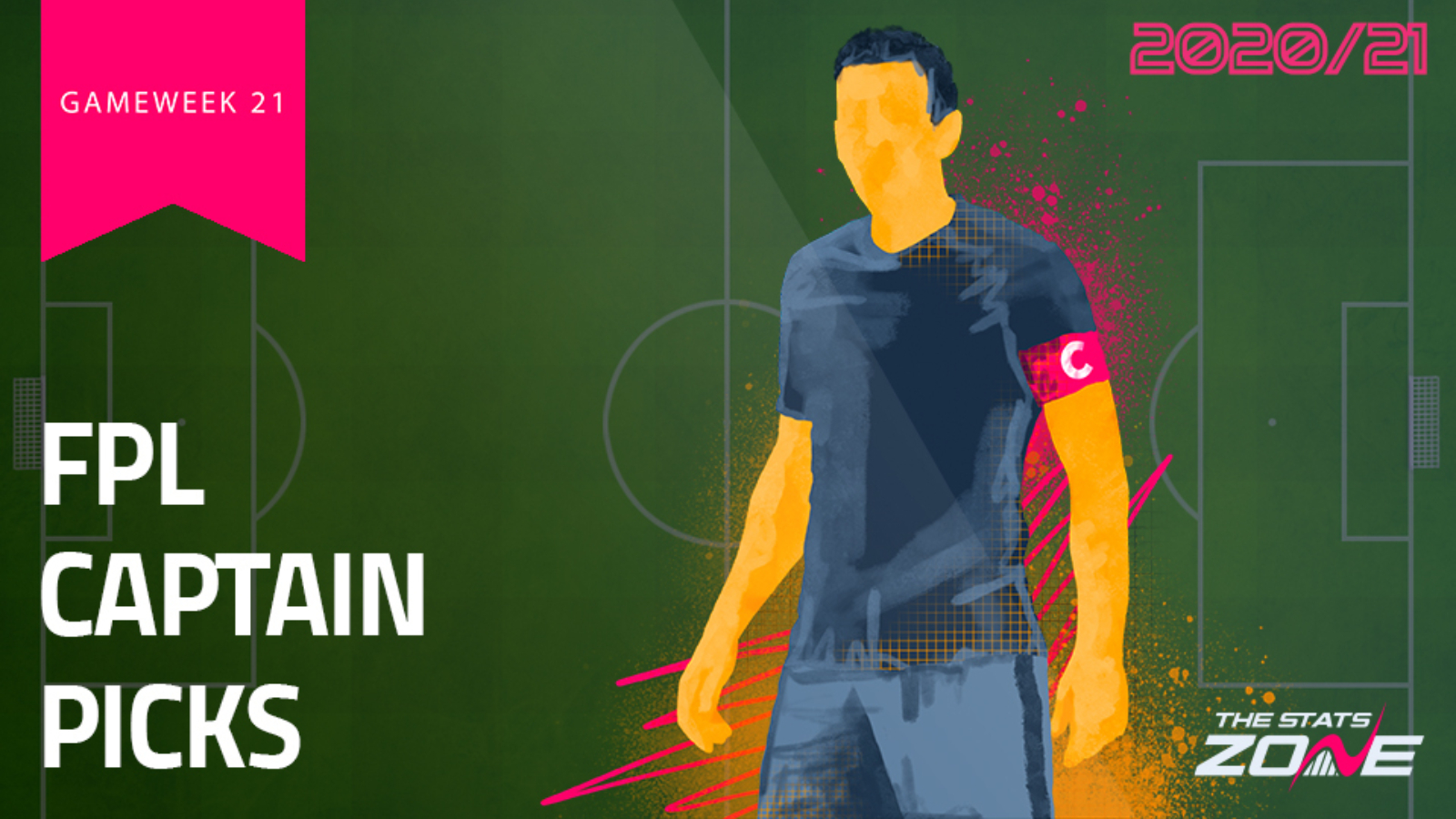 Before we begin to analyse the captaincy options for Gameweek 21, a moment of silence for the owners who benched Tomas Soucek (£5.3m). On the back of a disappointing double gameweek from the towering Czech who blanked against both Burnley and West Brom, owners could hardly be lambasted for relegating the budget midfielder to the bench or even transferring him out ahead of his Gameweek 20 clash with Crystal Palace. As the goal notifications from Tuesday's fixtures began to bombard Soucek owners' phones, the sheer dread and emphatic rage is something non-FPL players will be unable to empathise with. 'You won't understand' echoed across thousands of households as confused family members and housemates inquired into the sudden fit of rage preoccupying these managers.

As a record number of managers anxiously waited for the widely captained Bruno Fernandes (£11.4m) to provide a silver lining to this horrid gameweek, their hopes were left just as shattered as Man Utd's four-week title aspirations. Solskaer's tactical naivety in conjunction with his team's inexplicable lack of desire served up a timely reminder that Manchester United assets are not as desirable as those of their city rivals. Man City dismantled a West Brom team in spectacular fashion with Joao Cancelo (£5.9m) and Ilkay Gundogan (£5.7m) further emphasising their status as necessities over City's next two fixtures against Sheffield Utd and Burnley.

As we move onto Gameweek 21, we leave this negativity behind us and since our last article, there has been quite a few notable developments within the Premier League. Frank Lampard finally faced the overdue wrath of Roman Abramovich and packed his bags at Cobham; Mason Mount (£6.8m) escaped the luggage department to make an eight-minute cameo in his side's goalless draw against a toothless Wolves team. After a first game void of any attacking threat, Tuchel will be expected to hand a start to both his own golden boy and Frank's star pupil; expect Christian Pulisic (£8.2m) and Mount, respectably, to start as Chelsea host an in-form Burnley side on Saturday.

There are quite a few favourable fixtures that will have FPL managers excited ahead of this weekend but given the short turnaround in fixtures, it is important to beware of rotation when handing players the armband this gameweek.

Had you slapped a ginger wig on the head of Gundogan in his side's emphatic victory over West Brom, people would have been commending Kevin De Bruyne (£11.9m) for the game of his season. It took only 51 minutes for the German to rack up two goals and claim the maximum bonus points to reward his new owners. Gundogan has always possessed tremendous technical ability but he seems to have acquired a cutting edge and an offensive confidence that he had not displayed prior to this season. Given his early substitution, we can say with near certainty Gundogan will be the first name on the team sheet this weekend and given his recent consistency, his status as a differential captain pick may diminish this gameweek.

Despite having less goals this season, Raheem Sterling (£11.5m) is undeniably the more explosive of the two. His goal and assist may have restored the confidence he has lacked in front of goal this season ahead of another favourable match-up. Should Phil Jagielka (£3.9m) start on the right side of Sheffield Utd's defence again this weekend, Sterling will fancy his chances of bagging a few goals in this fixture. Less assured of a start but more likely to rack up a huge score; take the gamble at your peril.

Brighton are not as bad as their league position suggests and they have arguably outplayed Man Utd, Arsenal and Spurs already this season. Graham Potter is a clinical striker and established goalkeeper away from competing for a top ten finish. The problem? They aren't going to get either in January and Potter could well be facing a similar fate to Lampard in the next few weeks.

Whilst their ball-playing approach ensures a widespread appreciation and perhaps an alleviation of pressure on Potter's job, it ensures they often leave themselves permeable to a well-constructed counter. Heung-Min Son (£9.8m) failed to get on the scoresheet last time out against Brighton but expect him to bag at least one this weekend as he takes on the goalscoring burden from his partner in crime, Harry Kane, who will be out for the foreseeable future after injuring both of his ankles.

If Potter's press conference suggests Dan Burn (£4.2m) may be starting after not participating in their midweek fixture, back any of Spurs' front three to have a field day. There are reasons six foot seven players are not usually played as wing backs; if anybody would care to pass this on to Graham Potter, his team may see an improvement in their performances.

Murmurs around the FPL community of an impending double gameweek for the Toffees has ensured a first net increase in ownership for Dominic Calvert-Lewin (£7.6m) since Gameweek 15. An explosive start to the season by the Everton marksman has been followed by a six-game goal drought and DCL has cut a frustrated figure throughout. There is an undeniably high correlation between this goal drought and the absence of James Rodriguez (£7.7m) from the matchday squad; in fact the Columbian magician has missed over half of these fixtures. Since his return, Rodriguez looks destined to make up for lost time and he will be looking to add to the screamer he bagged midweek against Leicester this week.

On the back of a slightly more encouraging display in their defeat to Leeds, Steve Bruce's Newcastle side will be looking to halt Everton's unprecedented race for a top four position this season. Despite their evident offensive improvements (managing a shot on target for the first time in a while), another costly defensive error served a reminder of the fragility of Bruce's backline. Expect Calvert-Lewin and Rodriguez to have too much quality in a fixture that could have a say on Bruce's future on Tyneside.

After a brilliant debut season, Pulisic has struggled for consistency throughout this campaign under Frank Lampard. The clips that emerged from the Wolves game of Pulisic having intense discussions with Tuchel on the sideline suggest the pair may have a symbiotic relationship that was developed from their time together at Dortmund. Having only made a substitute cameo midweek, Pulisic will most definitely start this weekend if he is revealed as fully-fit in Tuchel's press conference.

In the words of his native tongue, Pulisic could be a totally rad' pick this gameweek.