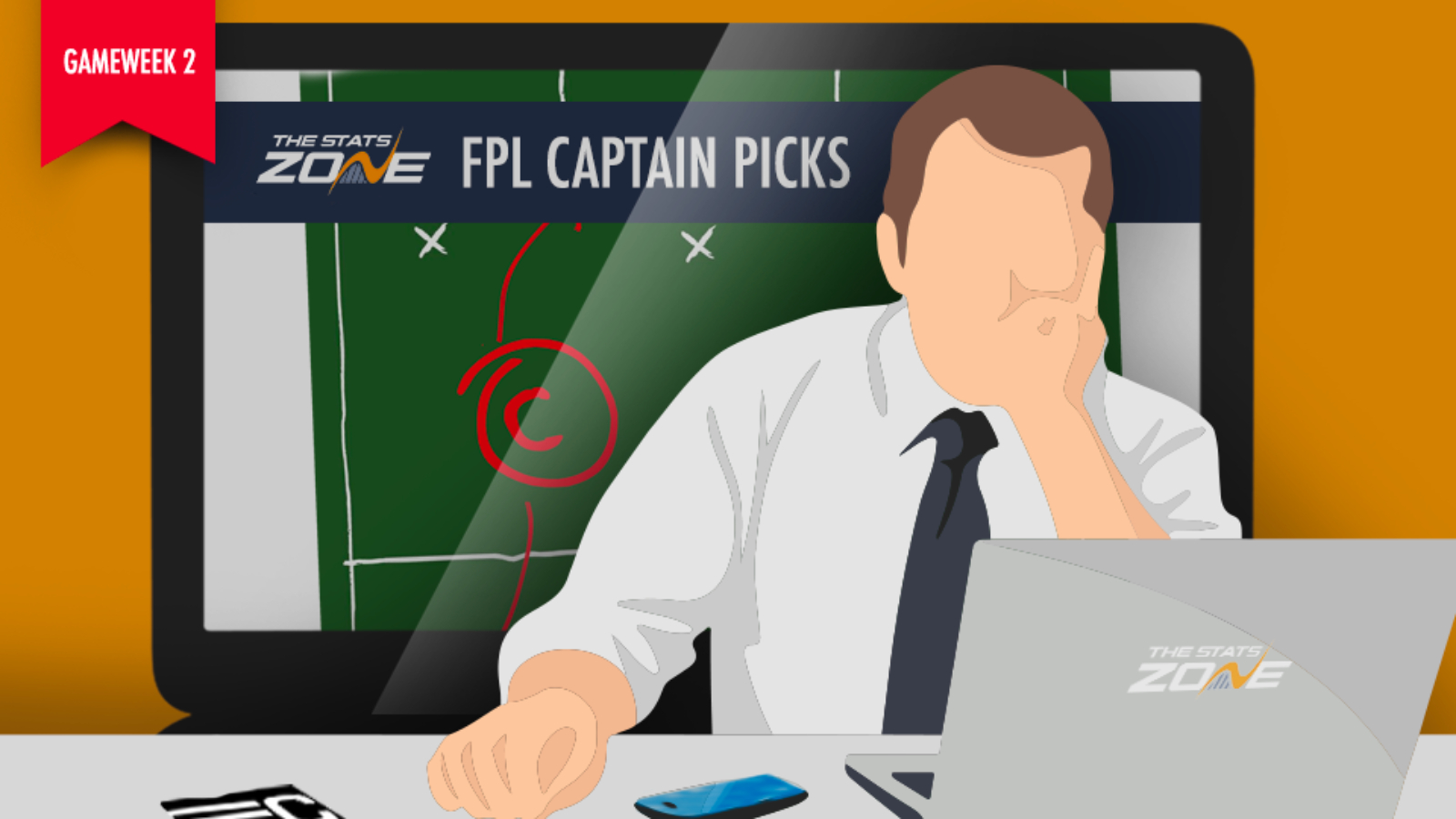 If it ain’t broke don’t fix it. Two of the five captains chosen for the armband in GW1 have returned for GW2. After an extremely high scoring first week, Raheem Sterling (£12.0m) and Mo Salah (£12.5m) are back as potential captain selections. The duo are joined by a Gabonese international, a French left-back and a Finnish differential as the captain options are assessed ahead of Saturday’s 11.30am deadline.

Aubameyang, Sterling or Salah for captaincy in #GW2? 🤔 #FPL

How could we start anywhere else? A hat-trick and an assist ruled out by VAR, Raheem Sterling was the standout performer from GW1 in a week full of them. With Pep still slowly bringing Sergio Aguero (£12.0m) back into the team following his summer at the Copa America, Sterling is the standout choice from a Man City side that shows no signs of slowing down this season.

I find it well and truly bizarre to hear "Sterling not a captaincy option against Tottenham" coming off a hatty. They are playing at home where they normally demolish everyone. They scored 4 against us in CL and our defence is nowhere near good enough to keep them at bay. #FPL

Although a fixture against Spurs may not look the best on paper, the Englishman actually has an excellent record against Tottenham having registered seven goals and three assists in 14 appearances against the Lilywhites.

Up next for Arsenal are Burnley, a team who Aubameyang has an exceptional record against. Six goals, one assist and an average of 14 points per appearance against the Clarets make Aubameyang one of the stand-out captaincy options for GW2.

Mo Salah’s consistency continues to be a defining attribute in the armband debate as the Egyptian once again recorded attacking returns in a fixture. He also has an exceptional record against Southampton having scored in both games against the side last season. Currently owned by 45.0% of FPL managers, not placing the armband on Salah could result in lost ground on rivals.

Own Salah & Raz. Still not going to tear up squad to fit 3 in

Not touching defence so for me it is Kane + max 5.0m mf vs Wilson + max 8.5m mf. Much prefer option 2 but will be monitoring. pic.twitter.com/W4SJBGbaOB

Another match, another clean sheet for Everton. While the team look fairly average going forward, at the back the side keep racking up the clean sheets and the points. An 11th in 2019 means only Man City have recorded more shut-outs this calendar year than the Toffees.

Only @ManCity (13) have kept more #PL clean sheets so far in 2019 than @Everton (11)#CRYEVE pic.twitter.com/HQFIktfvIc

Everton are set to face a Watford team in GW2 that started the season poorly against Brighton at home. Furthermore Lucas Digne (£6.0m) does offer attacking threat with his set-pieces and this could be a good week for his side to finally start finding the net again.

Watford have now failed to keep a clean sheet in their last 18 games. I would advise avoiding Hornet’s defenders until form improves.
They took 11 shots but failed to hit the target on 8 of those.

Instantly proving that he can do it at the top level, Teemu Pukki (£6.5m) grabbed a goal and a bonus point on his trip to Anfield on Friday night. While Norwich were well beaten in the end, they won many plaudits for their attacking style of play and cut Liverpool open with relative ease throughout the evening.

What I learned from the Liverpool v Norwich game is that Norwich are going to be fun to watch and they will score lots of goals. They will concede a lot more though.

Be fun to jump on a Norwich attacking asset through a decent run of fixtures. #FPL

If the Canaries continue with their free-flowing attacking football then it is likely they’ll be involved in some high-scoring matches. Pukki is the obvious beneficiary to this given the 29 goals he scored in the Championship last season. Newcastle are set to be welcomed to Carrow Road for Norwich’s first home game back in the top flight in GW2. While not the poorest team defensively, they are still adjusting to Steve Bruce’s style of play and could offer up chances. However, if you are still not sold on the forward, the man himself has some words of advice for you:

Still deciding whether to join the Pukki party? 🥳

The man himself has some advice 👇#FPL pic.twitter.com/jNFj41kSVi