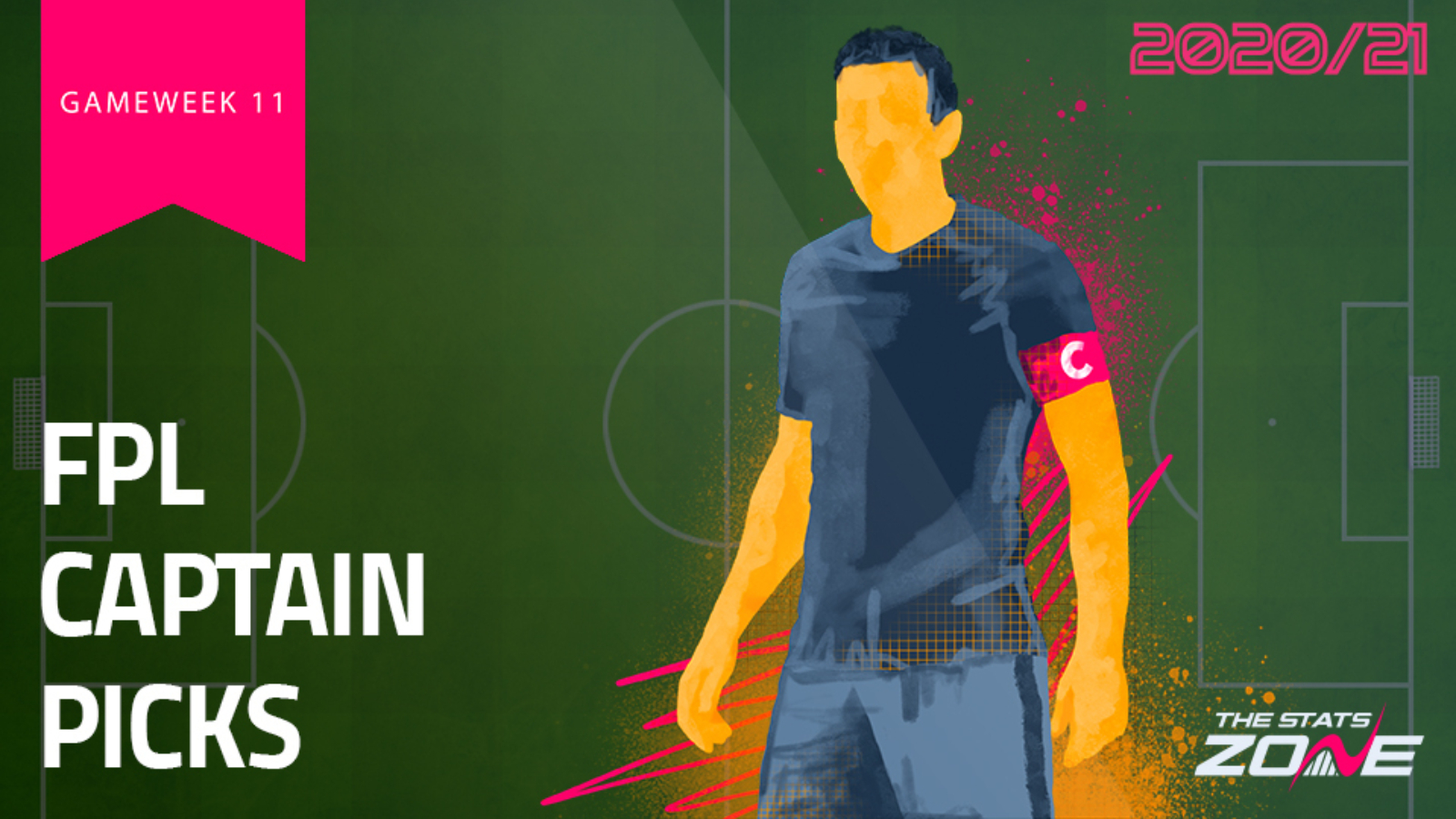 Gameweek 10 saw a number of our captain picks enjoy a successful week, whereas our Everton choices failed to come up with the goods. The Toffees losing 0-1 to Leeds meant blanks for both Dominic Calvert-Lewin (£7.9m) and our differential pick Richarlison (£7.8m). For the Manchester midfielders meanwhile, it was a different story. Both Kevin De Bruyne (£11.7m) and Bruno Fernandes (£10.9m) racked up 10 FPL points for Man City and Man Utd respectively. Two assists went the way of De Bruyne in Man City’s fourth successive 5-0 win at home to Burnley in all competitions, whilst a goal and an assist for Fernandes helped Man Utd complete a remarkable comeback from 2-0 down to win 2-3 away at Southampton. Moving onto other highly owned FPL assets and for once, no attacking returns went the way of neither Heung-Min Son (£9.5m) nor Harry Kane (£10.9m) as Spurs drew 0-0 against Chelsea. As for Premier League champions Liverpool, VAR contrived to deny not only goals for Mo Salah (£12.2m) and Sadio Mane (£12.1m), but also a clean sheet with Brighton being given a controversial penalty in the 93rd minute following the referee’s use of the VAR screen. The penalty was converted, leading to the match finishing a 1-1 draw following Diogo Jota’s(£6.8m) opener for the Reds. With the key points from Gameweek 10 covered, we now turn our attention to Gameweek 11 this coming weekend as we assess the most noteworthy looking captaincy options ahead of Saturday’s 11:00am deadline.

Two weeks running that Man City midfielder Kevin De Bruyne (£11.7m) is our number one premium captain pick and for good reason. The Belgian accrued 10 FPL points against Burnley in Gameweek 10 with two assists to his name. He’ll be looking for a similar if not better score against Fulham, who have conceded 19 goals already in the Premier League this season.

Kevin De Bruyne has now assisted 8 goals in his last 6 games in all competitions for Man City 🅰️🅰️ vs Marseille 🅰️ vs Sheffield United 🅰️🅰️ vs Olympiakos 🅰️ vs Liverpool ❌ vs Tottenham 🅰️🅰️ vs Burnley | #MCFC | #MCIBUR | #FPL | https://t.co/GaiHZ0kOs5

With all set pieces, including penalties falling under his domain, it would take a very brave FPL manager not to have De Bruyne as their captain this week. With one goal and five assists to his name so far this season, you feel that he is due a monster haul that would see him pick up more than just the 10 points he earned in Gameweek 10. Perhaps this could be that fixture.

Having recovered from Covid-19, Mohamed Salah (£12.2m) returned to Premier League action in Gameweek 10, starting for Liverpool against Brighton. After having a goal ruled out by VAR through a marginal offside call, Salah provided an assist for Liverpool’s only goal of the game, picking up six FPL points. The Egyptian now has 23 points from his last three Premier League games, plus eight goals and two assists over the course of the Premier League season so far.

Was so happy having Salah as captain. Then VAR found a toe nail :( https://t.co/X7y0PbvFks

Liverpool host Wolves in Gameweek 11 and Salah, who didn’t look happy to be substituted off against Brighton will be motivated to get back on the scoresheet. He already has four successful penalties to his name, which could prove a factor and with 73 FPL points is the fourth highest scoring FPL player so far this season. An ideal captain pick!

Man Utd are playing away from home once again in Gameweek 11, which means only one thing for us at TSZ Towers. Bruno Fernandes (£10.9m) has to be considered once again as a viable captaincy option. His goal and assist at St Marys’ in Gameweek 10 as Man Utd triumphed 2-3 over Southampton, saw him rack up another 10 FPL points. That means that Fernandes has accumulated a staggering 50 FPL points in just four away Premier League fixtures this season, with five goals and four assists.

West Ham are the latest side to be paid a visit from Fernandes and whilst the Hammers will provide a tough test defensively having conceded just three goals in their last four league matches, that didn’t stop the Portuguese star from putting a strong Southampton side to the sword on their own patch. No matter what the fixture, Fernandes has established himself as not just a must own asset, but a genuine captaincy option for every gameweek and non-more so than when he is playing away from home.

Whilst he did not register an attacking return in Gameweek 10, this could lead to Timo Werner (£9.5m) proving himself as the ideal differential in Gameweek 11 as Chelsea face rivals Leeds. After a slow start to the season at his new club, Werner appears to have now adapted to life in the Premier League, with the German having picked up six attacking returns over the course of the last six gameweeks.

Leeds have looked better defensively since the conclusion of the most recent international break, keeping two clean sheets in their last two league games. However, the Whites have still shipped 17 goals over the course of the entire season and with the amount of energy they assert every game, fatigue could come into play here as the fixture schedule shows little room of relenting. This could lead to Werner taking advantage and proving himself a shrewd FPL differential pick.