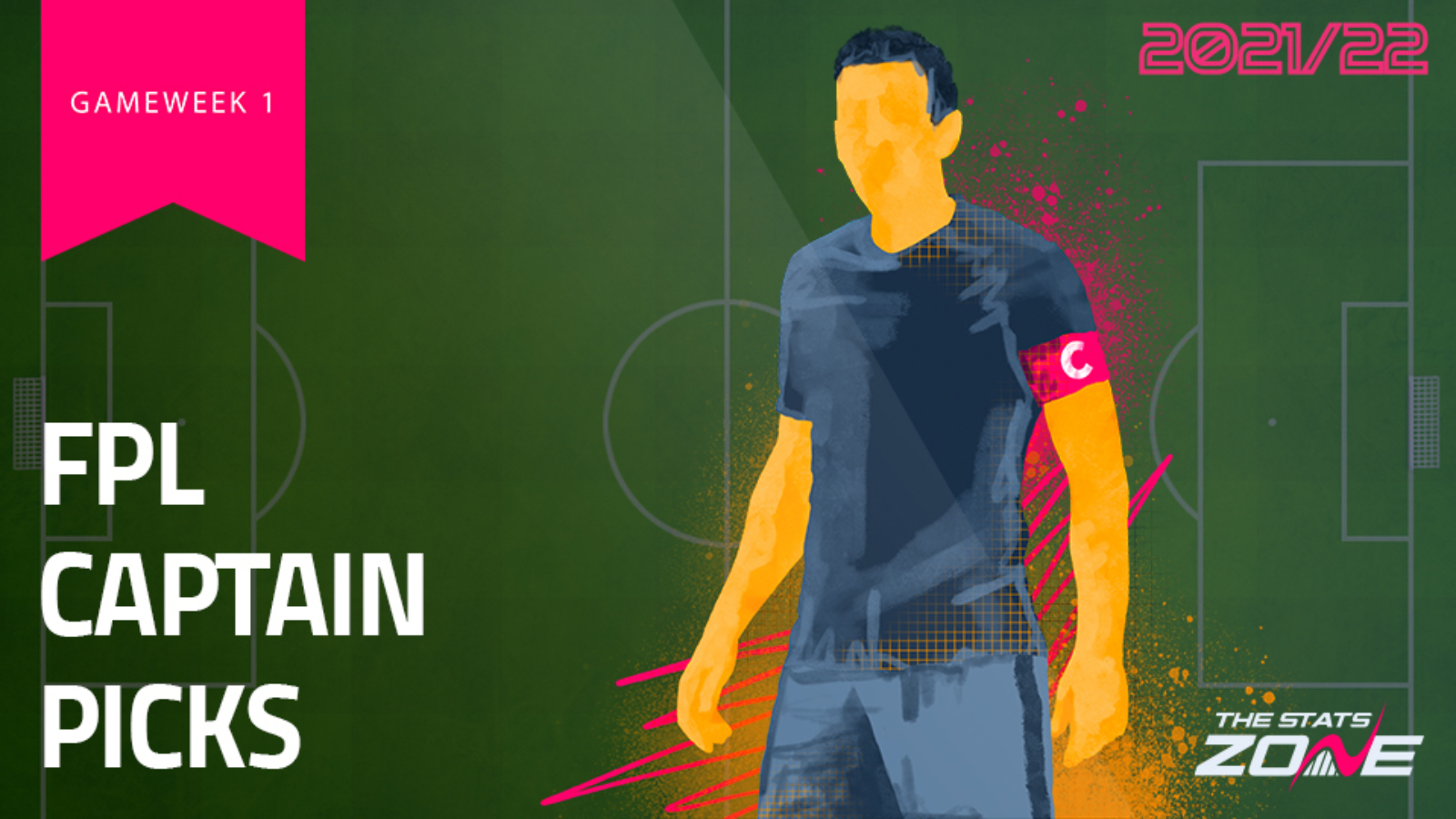 As we creep closer to the beginning of the new Premier League season, FPL managers are frantically assembling their squads, before dismantling and assembling them again multiple times! At FPL towers, we’re here to help our readers select the best possible squad and that includes the perfect captain. For those unfamiliar with the longtime rules of Fantasy Premier League, whichever player you choose to captain your side sees their individual points tally doubled for that particular gameweek. With all FPL managers starting the season on an even keel, a good choice of captain for Gameweek 1 is absolutely critical.

As in previous seasons, we’ve selected three premium options to consider for the armband alongside a separate differential pick for those FPL managers looking to adopt a high-risk high reward strategy ahead of Friday’s 18:30 deadline.

When it comes to previous Gameweek 1 fixtures, Liverpool’s Mo Salah (£12.5m) has rarely disappointed, getting his adoring ownership off to the ideal start. Last season saw the Egyptian net a hat-trick on the opening round of Premier League games as the Reds overcame Leeds 4-3 in a thrilling encounter. The year before that, Salah accumulated both a goal and an assist as Jurgen Klopp’s side downed newly promoted Norwich 4-1. The same newly promoted Norwich side who provide the opposition once again here, having been promoted back to the Premier League after being relegated in 2019-20. Salah has once again been listed as a midfielder in FPL, despite being expected to play as part of a front three for Liverpool.

©️ CAPTAINCY ➡️ SALAH 6 goals in the last 4 seasons GW1, Mo loves nothing more than to get himself off the mark in the opening game of the season. I'm confident he will do so again this season with a very attractive trip to NOR to open the campaign. 🔒 Locked as my GW1 captain https://t.co/0qXiVs5kCw

Salah being in command of penalties makes him a more attractive captain pick than teammate Sadio Mane, whilst the return of Virgil van Dijk provides a huge aerial presence for any corners that Salah may take in the likely absence of left-back Andy Robertson due to injury. With a current ownership of almost half the overall total of FPL managers who have signed up so far and rising, anyone not entrusting Salah with the armband could well be made to pay.

His first full season in the Premier League was a magically one both individually and from an FPL point of view. A total of 18 goals, 14 assists and 244 points saw him establish himself as the highest performing fantasy player in all positions. He is the creative lynchpin of the Man Utd attack who isn’t afraid of shooting from range and is in command of all set pieces, including those all-important penalties.

0% The chances of me starting GW1 without Bruno

Leeds at home in Gameweek 1 brings back happy memories for the Portuguese midfielder, who accrued 17 points from this very fixture last season, after scoring twice (once from the spot) as well as recording an assist. The visitors certainly aren’t expected to ‘park the bus’ and will utilise a high energy attacking style of play in a bid to win the game, rather than settle for a point. This may well lead to Man Utd being afforded plenty of space inside the opposition half, which Fernandes no doubt has the quality to take advantage of. When considering that Leeds conceded four goals in their opening match of last season, it would be no surprise if Fernandes was among the attacking returns in Gameweek 1, making him the ideal captain pick.

Of course, it’s a gamble plumping for a forward from a newly promoted side in Gameweek 1, but Ivan Toney (£6.5m) has earned the right to be considering a viable captain pick following his incredible goalscoring exploits this past season. The 25-year-old broke the record of having scored the most league goals in a single Championship campaign, finding the net 31 times in 45 appearances, not to mention his two extra goals that helped Brentford secure their place in the Premier League via the playoffs. Toney is a natural goalscorer who also takes penalties for the Bees and will be supplied by an attacking midfield that is not to be underestimated.

Brentford host Arsenal on the opening night of this new Premier League season and strikers from previous newly promoted sides have had success before in their first league match of the season on home soil. Who can forget Teemu Pukki hat-trick for Norwich at Carrow Road in Gameweek 2 of the 2019-20 season! Patrick Bamford also found the net for Leeds in their opening two gameweeks of last campaign. Arsenal were hardly a defensive force last season and away from home against a Bees side full of momentum and confidence, the stage may be set for Toney to mark his arrival to the Premier League in style. With an ownership of over 30% already, captaining him will put you ahead of the curve.

Having suffered an untimely knee injury that ended his season back in February, Leicester midfielder Harvey Barnes (£7.0m) is back and looking incredibly sharp for the Foxes heading into the new campaign. The attacking wideman impressed in pre-season, notching a goal against Villarreal before shining brightly in Leicester’s 1-0 Community Shield triumph over Man City and was unlucky not to register an attacking return.

🦊📢 Brendan Rodgers on Harvey Barnes: "He’s such a talent. I’m so looking forward to him this season. It was a huge blow to us when he was out at the tail end of last season. He’s one of those players that excites supporters..." #fpl #gw1 #lcfc #CHpressers

Barnes will be looking to improve on his nine goals and three assists in 2020-21, which certainly wasn’t a bad Premier League return considering he played less than 2000 minutes. Wolves at home in Gameweek 1 could prove the perfect fixture for him to do so. Whilst matches between these two sides have been historically low scoring, the visitors are now under new management with Bruno Lage taking charge following Nuno Espirito Santo’s departure. That could lead to a more open game here, particular if the Wolves players have not yet fully adapted to the approach of their new boss. At a bargain price of just £7.0m and a low ownership, the selection of Barnes as a differential captain may prove its weight in fantasy gold.