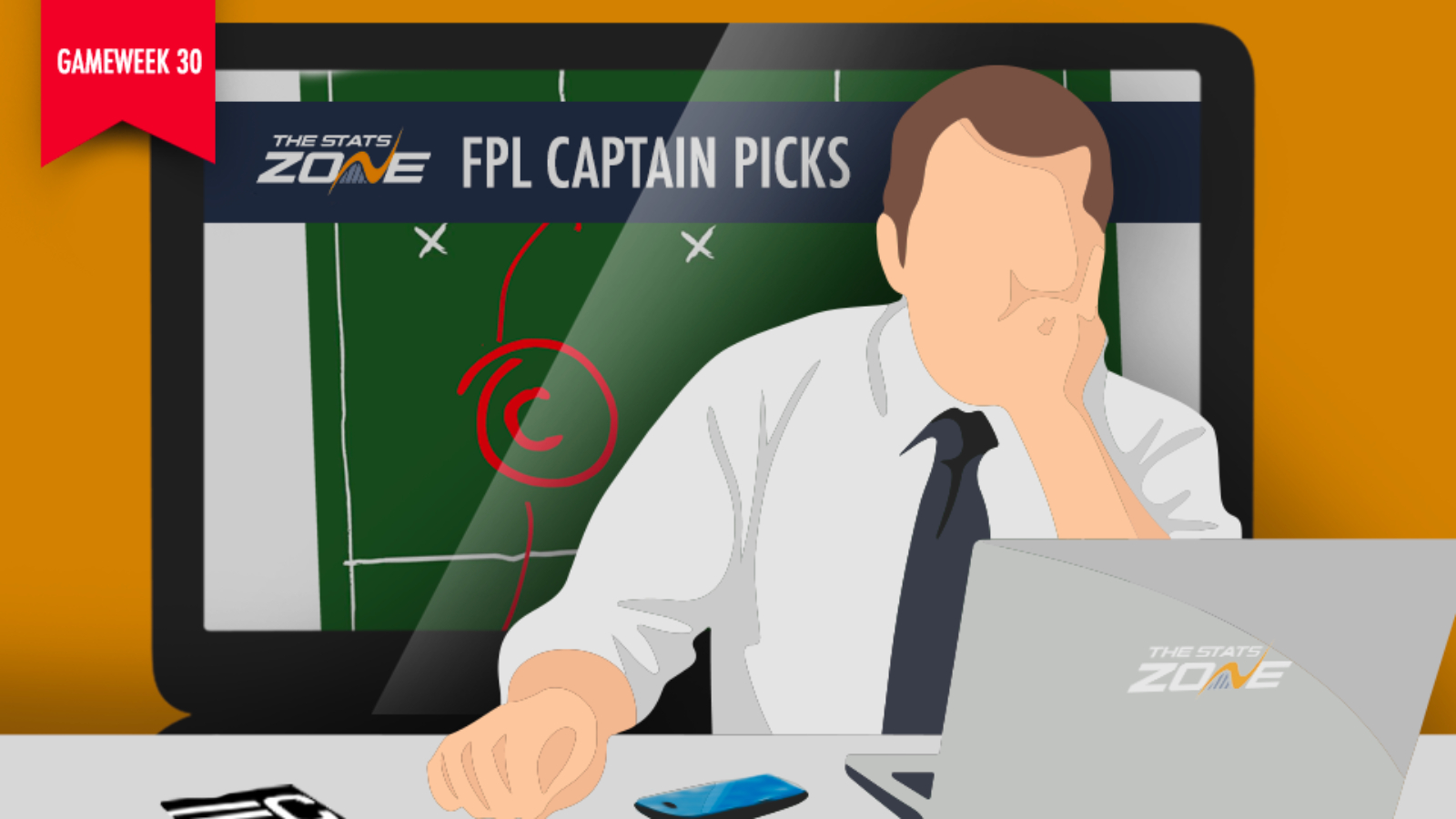 It's been a long time since we've all sat back and racked our brains over which player is entrusted with the captain's armband in our respective FPL teams! The last time we did so was leading up to Gameweek 30 back in March. That gameweek ultimately failed to take place of course due to the COVID-19 pandemic. So it gives us great pleasure to be back writing about such important FPL matters with Double Gameweek 30+ set to kick off the resumed Premier League season in style. Unlimited transfers up to the gameweek deadline leaves all FPL managers with lots of room for manoeuvre, as they scramble to acquire the perfect captain to kick their season back off in style.

So with Double Gameweek 30+ hurtling towards us, the four clubs benefiting from two fixtures in this gameweek are Arsenal, Aston Villa, Man City and Sheffield Utd. Whilst many FPL managers will rightly be looking at a player from one of those sides to pick as their captain, perhaps value could also be found elsewhere, with Liverpool on the brink of a maiden Premier League title and Man Utd pushing for a Champions League birth. We assess all the key captain options ahead of Wednesday's 17:00 deadline.

With Man City one of the clubs with two fixtures in this gameweek, it comes as no surprise whatsoever that their talismanic lynchpin Kevin De Bruyne (£10.6m) heads up our list of captain picks. The second highest scoring midfielder in FPL this season, the brilliant Belgian has mesmerised at times and has a whopping 18 Premier League assists to his name so far, including eight goals. Arguably no player has proven more of a 'must own' this season than him.

Man City enjoy two home fixtures in Double Gameweek 30+, albeit in what will be a crowd-less Etihad Stadium. Of the seven double figure points hauls De Bruyne has already racked up this season, five of those hauls have come at home. One of these fixtures also sees City host Arsenal, whom De Bruyne accrued a massive 19 points against in the reverse fixture at Emirates Stadium after he scored twice and provided an assist. It remains his highest individual score of the campaign so far, but with two opportunities to feature in Double Gameweek 30+, many FPL managers will be handing him their captain's armband and hoping that he beats it here.

Any double gameweek involving Sergio Aguero (£11.8m) these days comes fraught with risk, but it also comes with tantalisingly great reward that sees him make this list. Aguero has scored 16 league goals thus far this season, with four assists and an overall FPL points tally of 124. This despite him only playing 90 minutes in the Premier League nine times this season.

This will most likely be the last ever time that you will get the chance to pick a 100% fit and rested Sergio Aguero for a double home Double Gameweek #FPL https://t.co/jpAeE51jTz

Of course rotation will prove the biggest risk to this pick. Will Pep Guardiola entrust Aguero with two successive starts with Gabriel Jesus also at his disposal? However, Aguero and Jesus have linked up as a partnership this season, with both players starting in Man City's last home match against West Ham. With Burnley expected to turn up and park the bus in a similar way to West Ham, that could prove the ideal game for both City forwards to start, with Aguero getting the solo nod against Arsenal in the first match.

The biggest story of FPL this season, 'Lord' John Lundstram (£4.9m) looks set to announce his return to the Fantasy Premier League party in a big way with Double Gameweek 30+! Originally priced at £4.0m, he is the highest scoring defender not to play for Liverpool with owners having reaped the benefits of him being fielded in midfield by Sheffield Utd manager Chris Wilder all season long. Not only does he have nine clean sheets to his name, he also has eight attacking returns.

1 GW, 2 games, 5 substitutions John Lundstram will be getting decent minutes even if he doesn’t start both games To my mind the chances of him getting an attacking return in the double are high Welcome back to my team my lord! https://t.co/82eenGC3Np

Lundstram was under threat of losing his place at one point this season to January signing Sander Berge, however 'The Lord' bounced back to once again establish himself as a regular starter. Like Aguero, rotation is the only question mark regarding Lundstram's captaincy potential, with Berge and Mo Besic both providing competition for places. However, with two goals scored in a behind closed doors friendly leading up to the Premier League's resumption, along with the clean sheet points up for grabs in these two away fixtures for the Blades, there may never be a better time to hand Lord Lundstram your captaincy.

With 17 Premier League goals scored this season, it should come as no surprise to see Pierre-Emerick Aubameyang (£11.1m) make our list of captain picks with Arsenal, like Sheffield Utd, featuring twice on the road in Double Gameweek 30+. The Gunners captain is well placed in the race for this season's golden boot as he sits in second place just two goals behind Leicester's Jamie Vardy.

Aubameyang has acquired 152 FPL points so far and is firmly entrenched as Arsenal main man and leader. Unlike Aguero, rotation should not be an issue for the Gabonese international and Man City have proved prone to individual errors at the back, which could benefit Aubameyang and his pace. Combined with a fixture against Brighton, who had been sliding alarmingly down the table before the season was suspended and it could be a fruitful gameweek for the Gunners striker.

We turn our attention to Aston Villa for our differential pick and specifically a man who has the hopes of an entire fanbase largely on his shoulders. Local boy and lifelong Villa fan Jack Grealish (£6.4m) will have been feeling the pain of this season as much as anyone, as his side have found themselves firmly rooted into the bottom three. Despite such a rotten campaign, Grealish has impressed from midfield with seven goals and seven assists in the league.

Should Grealish find form in these remaining nine gameweeks then it will go a long way towards keeping Aston Villa up and with two home games against Sheffield Utd and Chelsea in Double Gameweek 30+, Grealish will be given license to roam forward and provide attacking returns in both matches. Man Utd have been rumoured to be looking at signing him this summer and perhaps that could also prove a catalyst for the Villa captain to perform with a potentially big-money move at stake down the line.