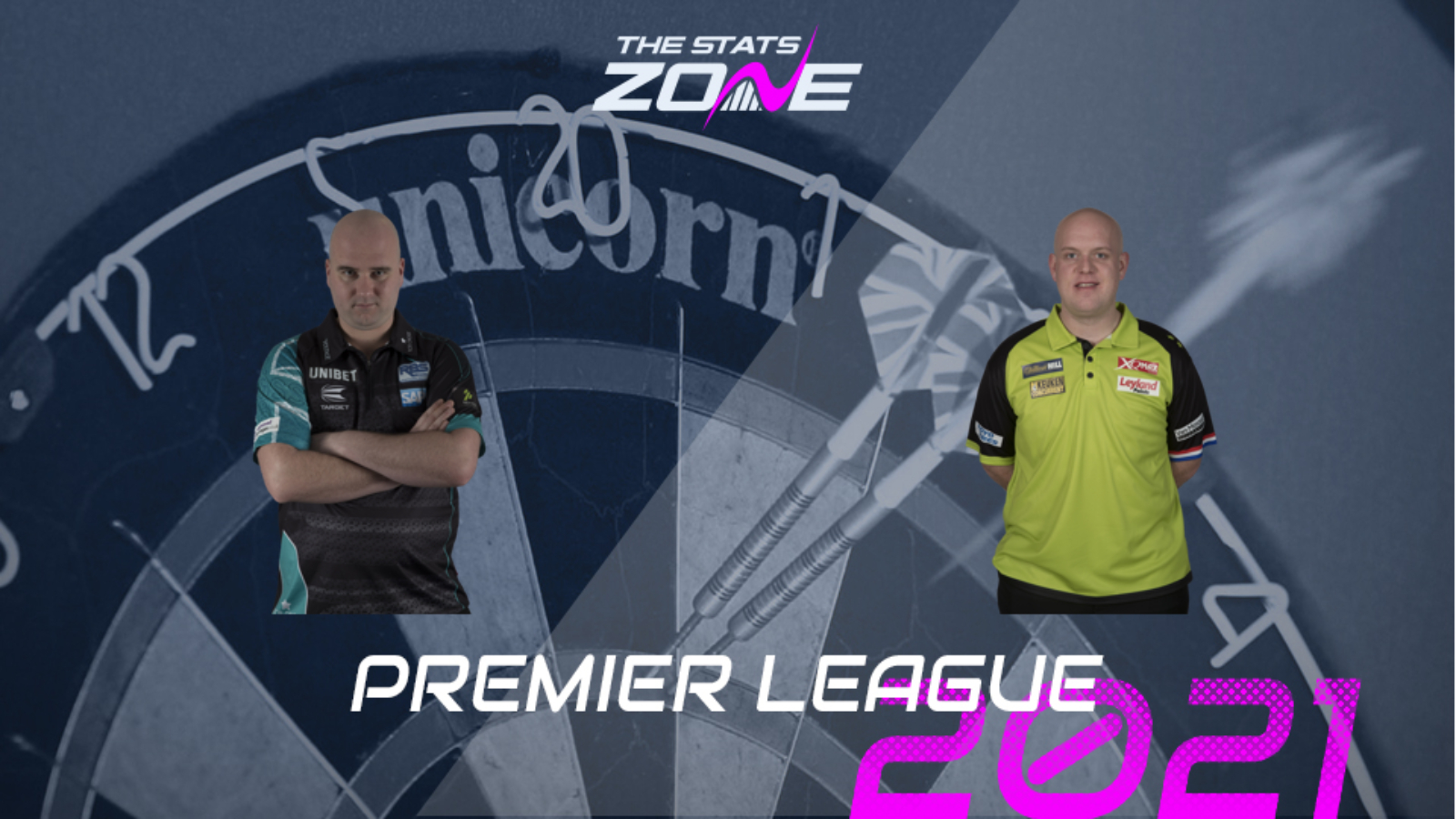 Where can I get tickets for Rob Cross vs Michael van Gerwen? This event will be played behind closed doors

What channel is Rob Cross vs Michael van Gerwen on? Sky Sports Action

Where can I stream Rob Cross vs Michael van Gerwen? Sky Sports subscribers can stream the match via Sky Go

What was the score in the last meeting? Michael van Gerwen won 7-2

THE PREDICTION
Both players have had identical starts so far with three points collected from their first two games but neither have been in particularly scintillating form just yet. Van Gerwen averaged just 92 in his 7-2 victory over Peter Wright on Tuesday in a match where both players struggled to find their scoring power, while Cross made easy work of James Wade and the Englishman will be relatively pleased with the start he has made to the tournament given his lack of form leading up to it. This is undoubtedly a difficult match to call but a look at the 180 charts shows that Cross has hit nine compared to MVG’s four so far so it could be worth backing Voltage to lead the maximum count in this match.