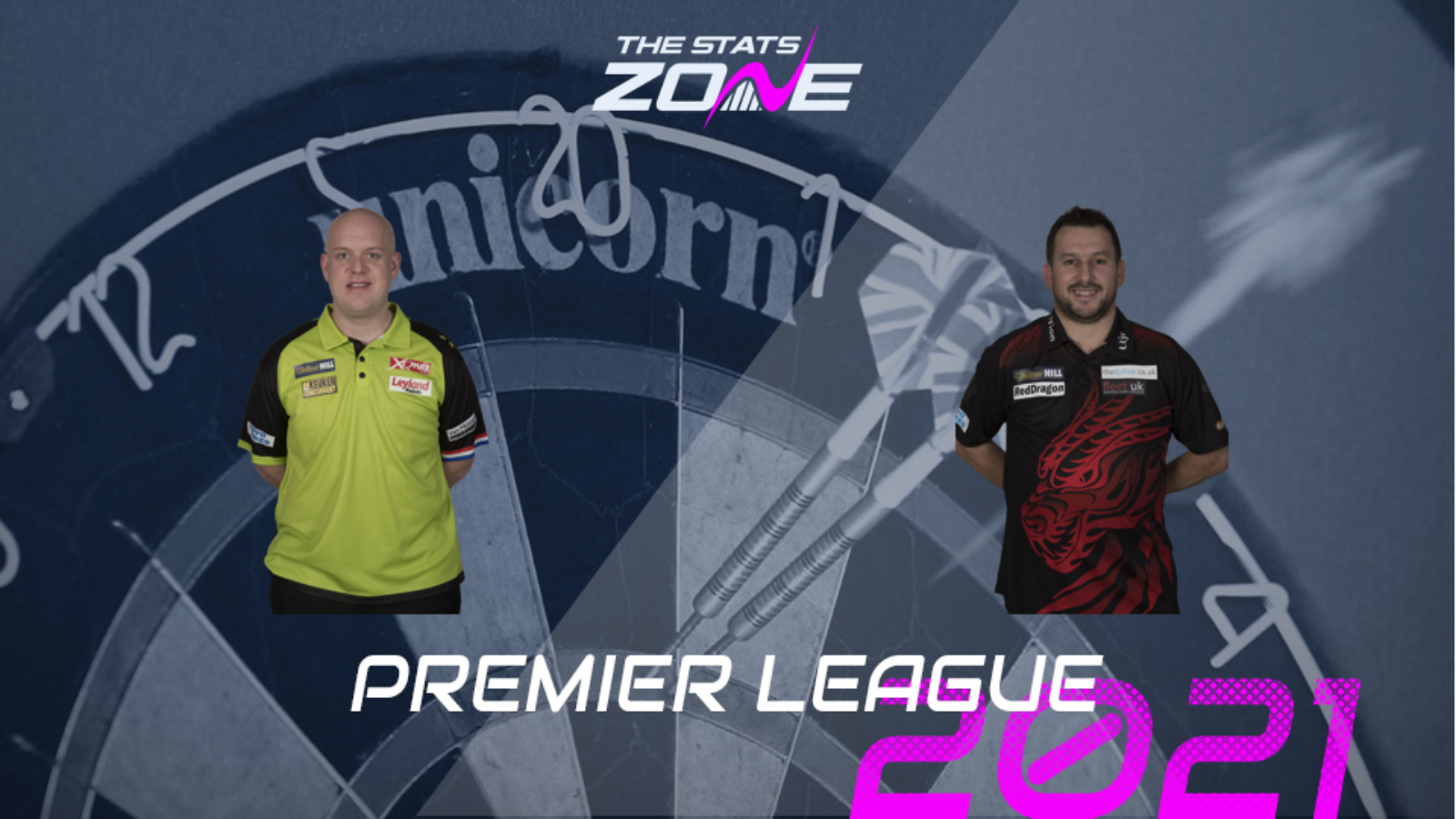 Where can I get tickets for Michael van Gerwen vs Jonny Clayton? Click here for the latest ticket information

What channel is Michael van Gerwen vs Jonny Clayton on? Sky Sports Action

Where can I stream Michael van Gerwen vs Jonny Clayton? Sky Sports subscribers can stream the match via Sky Go

What was the score in the last meeting? Michael van Gerwen won 8-5

Table-topper and five-time Premier League champion Michael van Gerwen meets tournament debutant Jonny Clayton, who snuck into the play-offs ahead of Dimitri Van den Bergh last night. It something of an achievement for Van Gerwen to finish top of the pile given that he hasn’t really been at his best for large periods of the league phase, but that will all count for nothing if he doesn’t finish the job and take home the trophy. Clayton, though, really hit his groove last night and looks in confident mood ahead of this showdown. The self-belief is surging through the Welshman right now and, having won three of the pair’s four meetings this year already, he is capable of ousting the Dutchman to reach his maiden Premier League final.