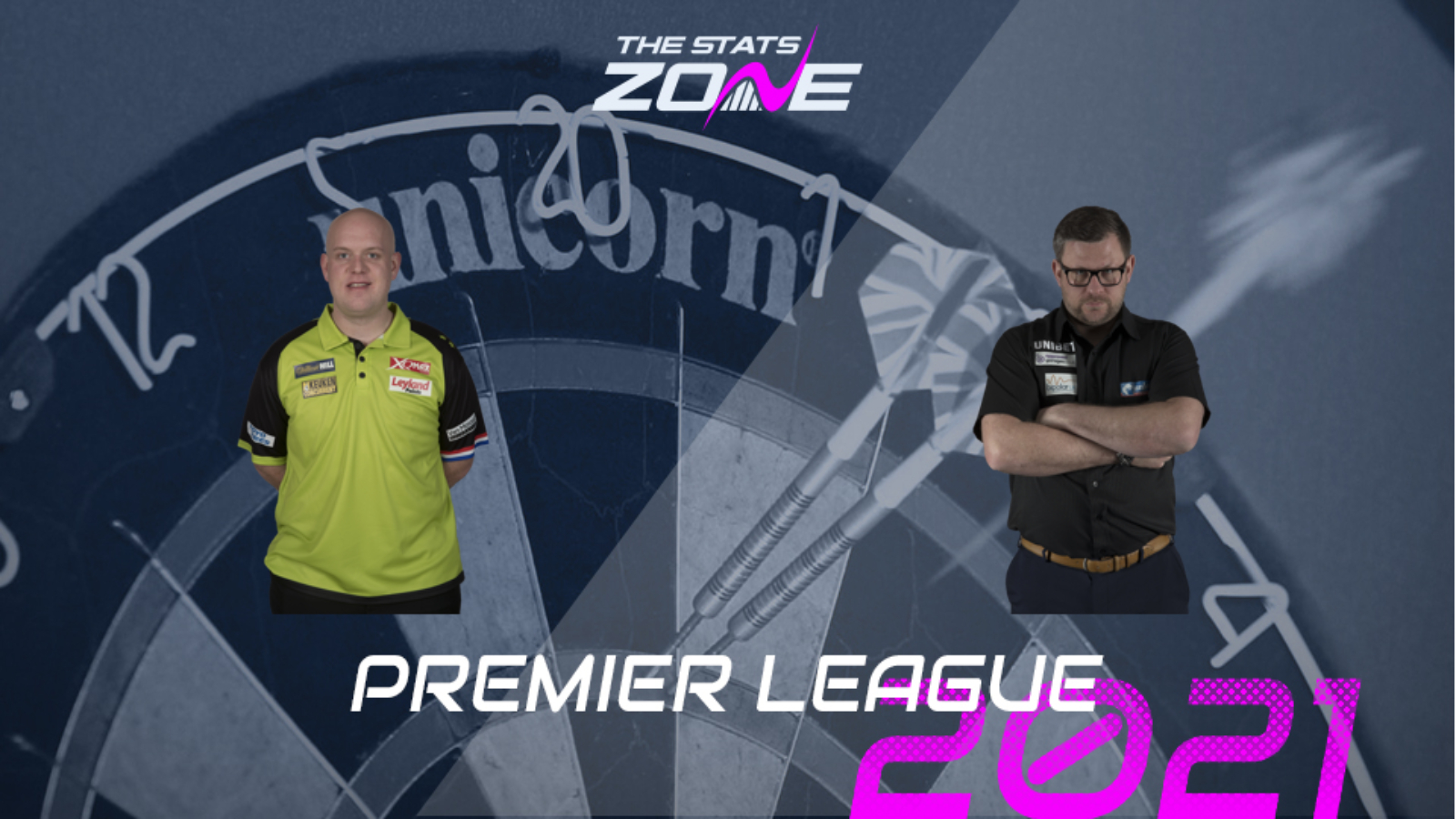 Where can I get tickets for Michael van Gerwen vs James Wade? This event will be played behind closed doors

What channel is Michael van Gerwen vs James Wade on? Sky Sports Action

Where can I stream Michael van Gerwen vs James Wade? Sky Sports subscribers can stream the match via Sky Go

What was the score in the last meeting? James Wade won 7-3

Although Michael van Gerwen was not as scintillating last night against Jonny Clayton as he was against Dimitri Van den Bergh the previous evening, he will nonetheless be delighted with another win under the belt and the Dutchman now finds himself level on points with Van den Bergh and Nathan Aspinall at the top of the Premier League table. James Wade can often be something of a bogey player for him though, and that once again proved to be the case last month when The Machine secured a comfortable 7-3 win in their first meeting of this year’s competition. Short of predicting a Wade victory though, we are edging towards the Under 5.5 180s market as this is a meeting between the two most infrequent maximum-hitters remaining in the Premier League.