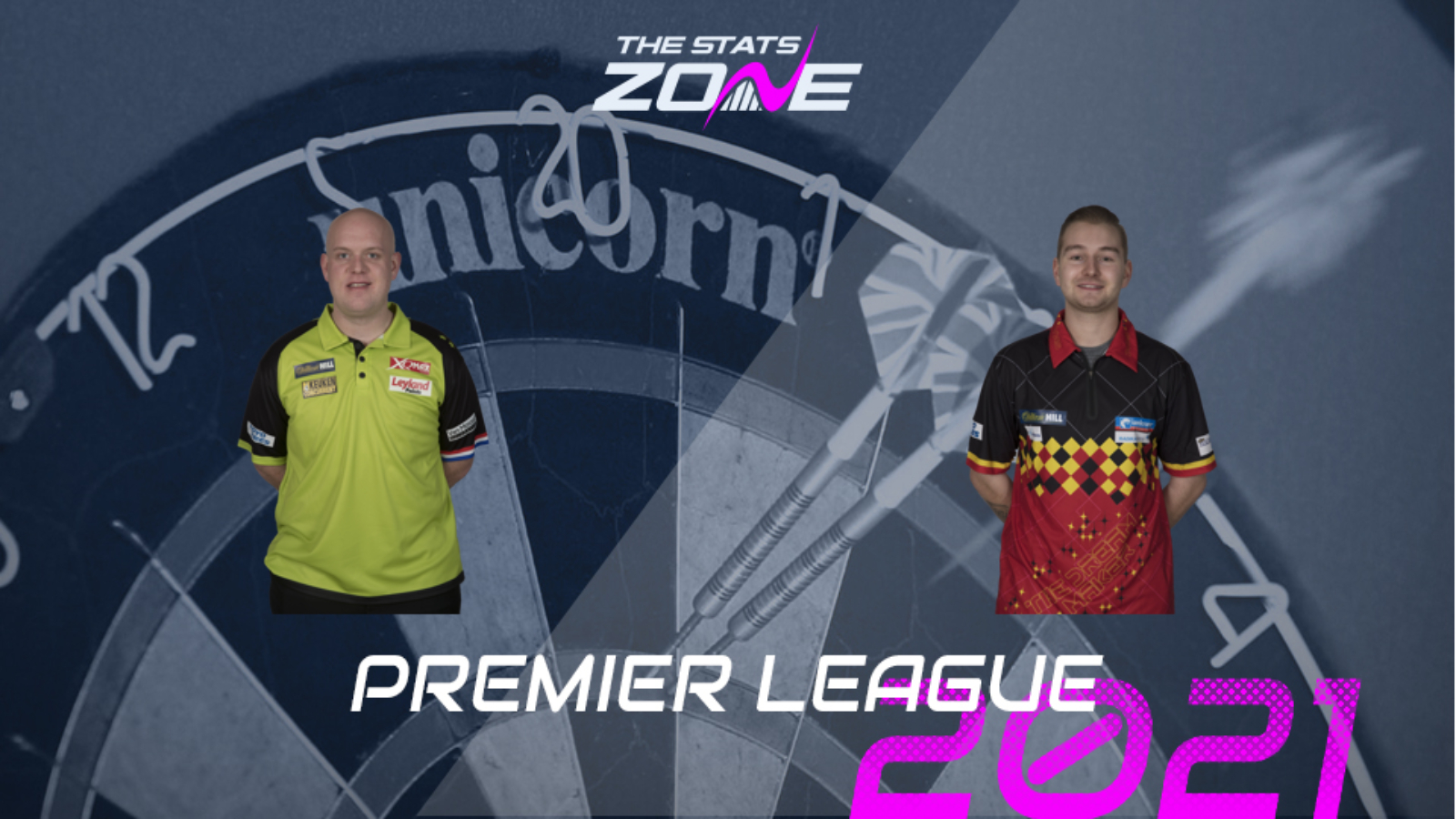 Where can I get tickets for Michael van Gerwen vs Dimitri Van den Bergh? This event will be played behind closed doors

Where can I stream Michael van Gerwen vs Dimitri Van den Bergh? Sky Sports subscribers can stream the match via Sky Go

What was the score in the last meeting? Michael van Gerwen won 6-1

THE PREDICTION
It’s fair to say that Michael van Gerwen’s aura of invincibility has gone and especially in the Premier League where he had been totally dominant until last year’s event, where he failed to even reach the play-offs. He will certainly have a point to prove here but it remains to be seen how sharp he’ll be given that he opted to miss the recent Super Series. Van den Bergh will relish this opportunity on his debut but his game has been nowhere near up to scratch in the early months of the year and he could be in for a tough night if MVG arrives with his A-game. There are a lot of unknowns in this match though, and some nervy missed doubles could well be the order of the day, so this one is best avoided in the betting markets.