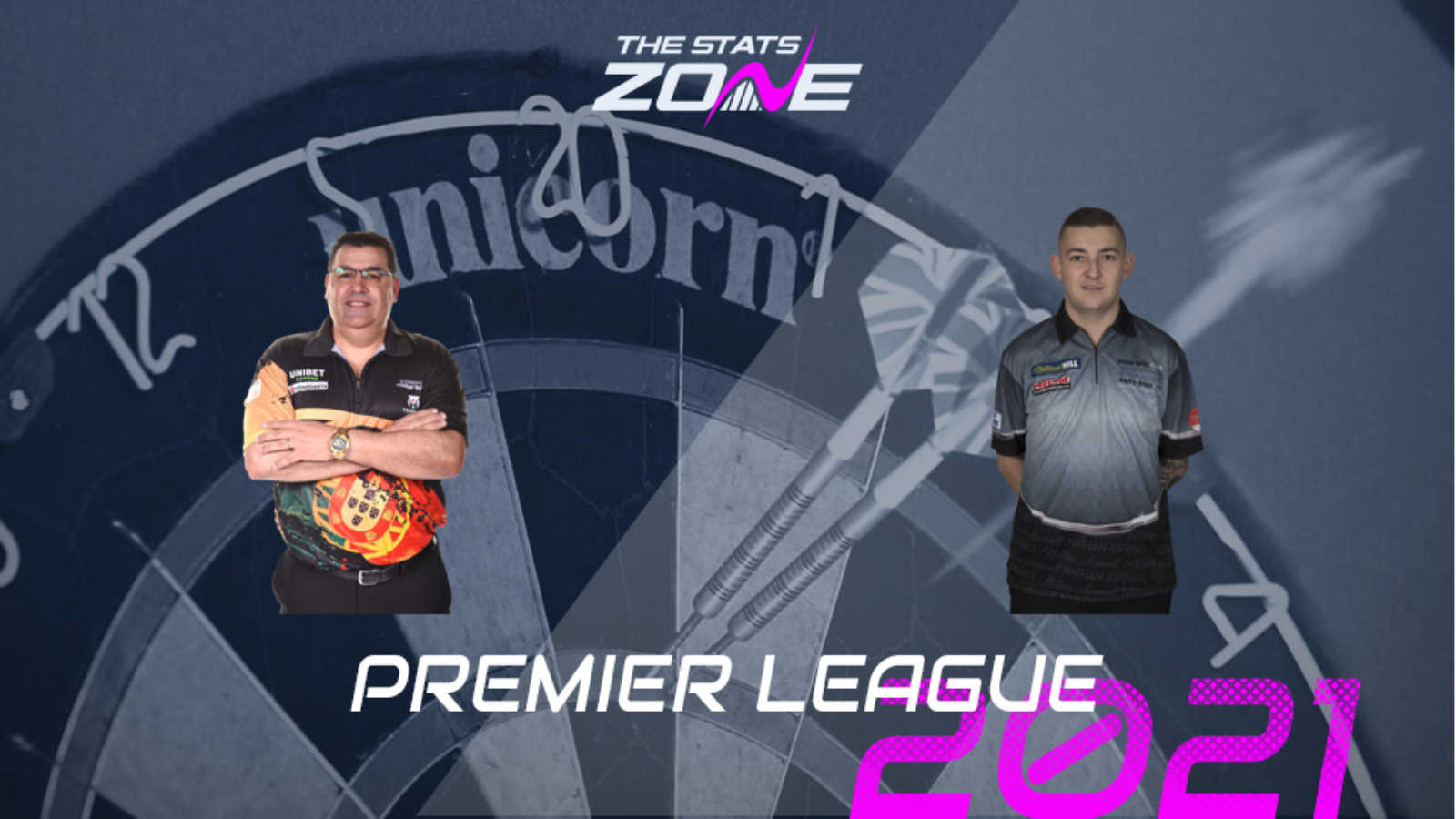 Where can I get tickets for Jose de Sousa vs Nathan Aspinall? Click here for the latest ticket information

What channel is Jose de Sousa vs Nathan Aspinall on? Sky Sports Action

Where can I stream Jose de Sousa vs Nathan Aspinall? Sky Sports subscribers can stream the match via Sky Go

What was the score in the last meeting? Jose de Sousa won 8-3

It’s déjà vu for these two players given that they met only last night but there is far more riding on this contest as Nathan Aspinall seeks to reach his second consecutive Premier League final while Jose de Sousa is hoping to continue his dream debut year in the competition. Only one point separated them in the table but overall you would have to say that De Sousa has been the more impressive performer, especially in the latter half of the campaign. The Portuguese star’s competition-leading 81 180s is a Premier League record and he has produced plenty of memorable moments, such as last night’s showpiece 120 finish featuring three double tops. Having only lost one of his last eight games leading into this semi-final, we’re backing the Grand Slam of Darts champion to power his way into the final but Aspinall should push him close.