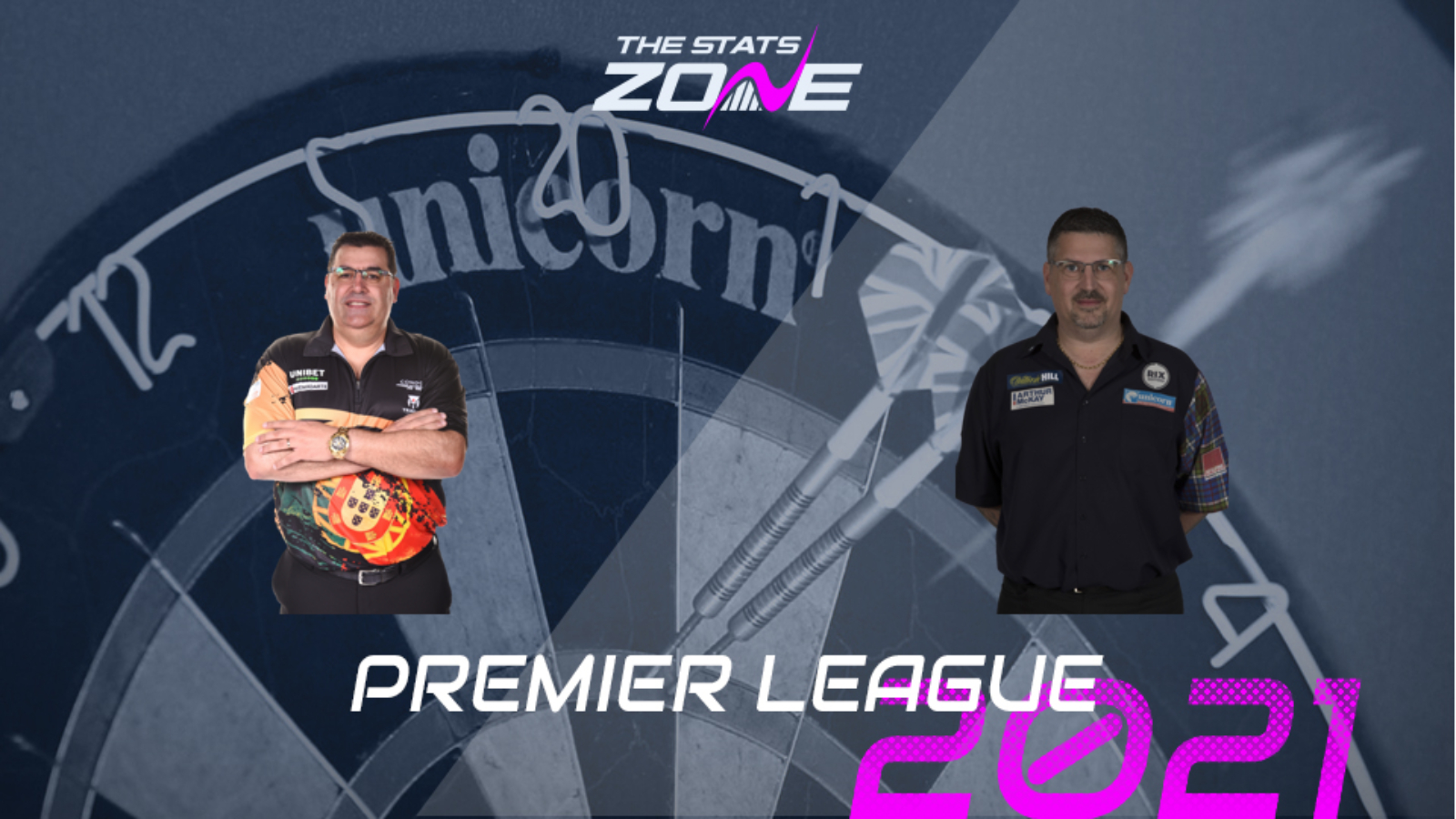 Where can I get tickets for Jose de Sousa vs Gary Anderson? This event will be played behind closed doors

What channel is Jose de Sousa vs Gary Anderson on? Sky Sports Action

Where can I stream Jose de Sousa vs Gary Anderson? Sky Sports subscribers can stream the match via Sky Go

What was the score in the last meeting? Gary Anderson won 7-5

Both players sit outside the playoff places heading into the reverse fixtures but it is two-time Premier League champion Gary Anderson who is in the greater need of points as he sits bottom of the remaining participants. However, a good start to the week would put him right back in the mix given the tightly-packed nature of the table and he will draw upon his first fixture with De Sousa last month, during which he hit 50% of his doubles in a 7-5 win. The Portuguese debutant, though, was a Players Championship winner a couple of weeks ago and is playing with plenty of confidence right now. He has hit a tournament-high 50 180s so far – an average of 5.5 per match – so backing him to score over 4.5 maximums looks a reasonable bet in this one.