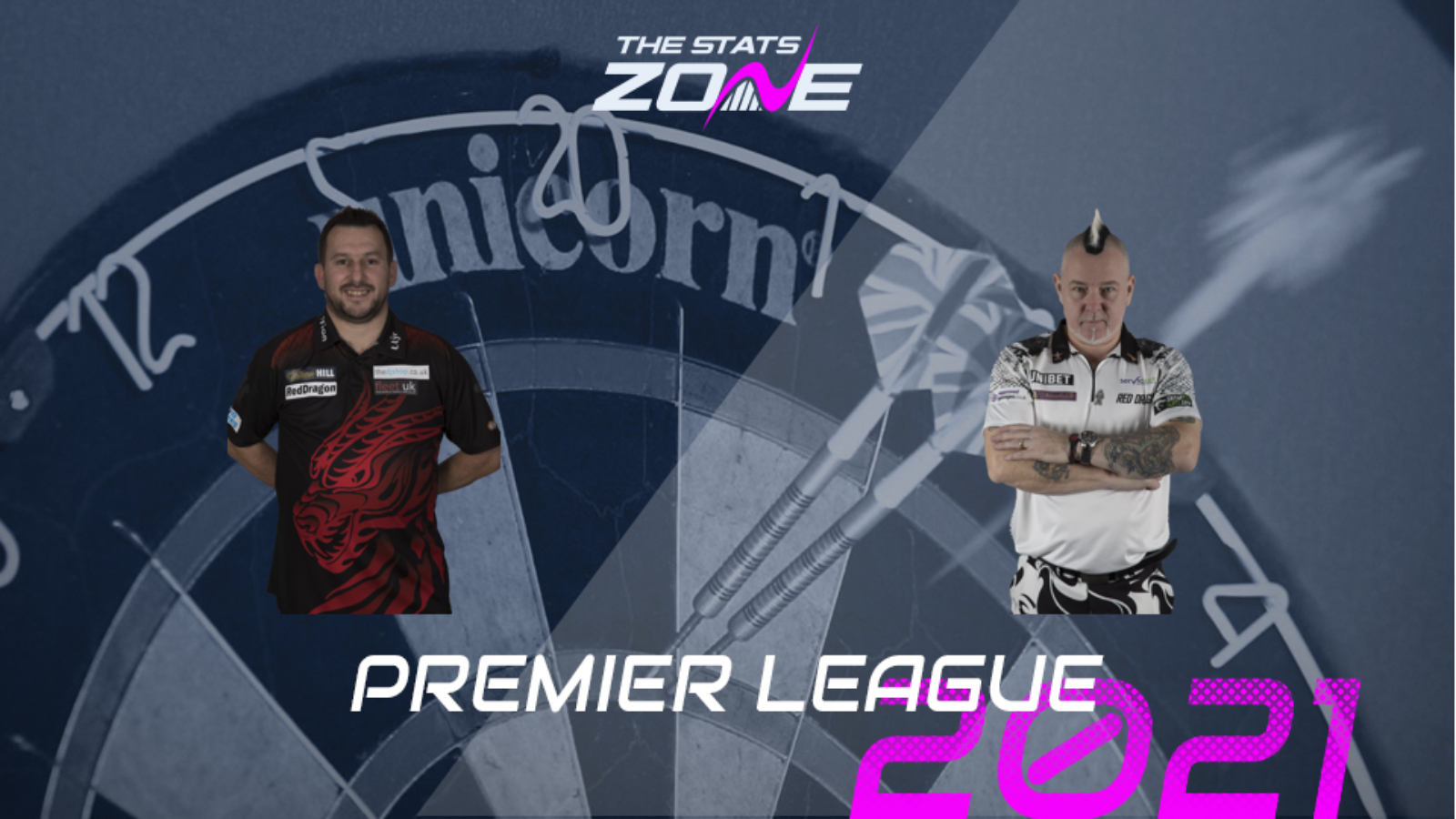 Where can I get tickets for Jonny Clayton vs Peter Wright? Click here for the latest ticket information

What channel is Jonny Clayton vs Peter Wright on? Sky Sports Action

Where can I stream Jonny Clayton vs Peter Wright? Sky Sports subscribers can stream the match via Sky Go

What was the score in the last meeting? Peter Wright 6-6 Jonny Clayton

Jonny Clayton lost to play-off rival Jose de Sousa last night but he remains in the top four with just two games of the league campaign remaining. However, this looks like a bad time to play a rejuvenated Peter Wright, who has improved significantly this week in front of the crowds with two successive wins keeping alive his admittedly slim hopes of making the top four. Anything other than a win would not be enough for Snakebite but he has the bit between his teeth at the moment and could be worth backing to pick up another vital two points and take his fate to the last day of the league phase.