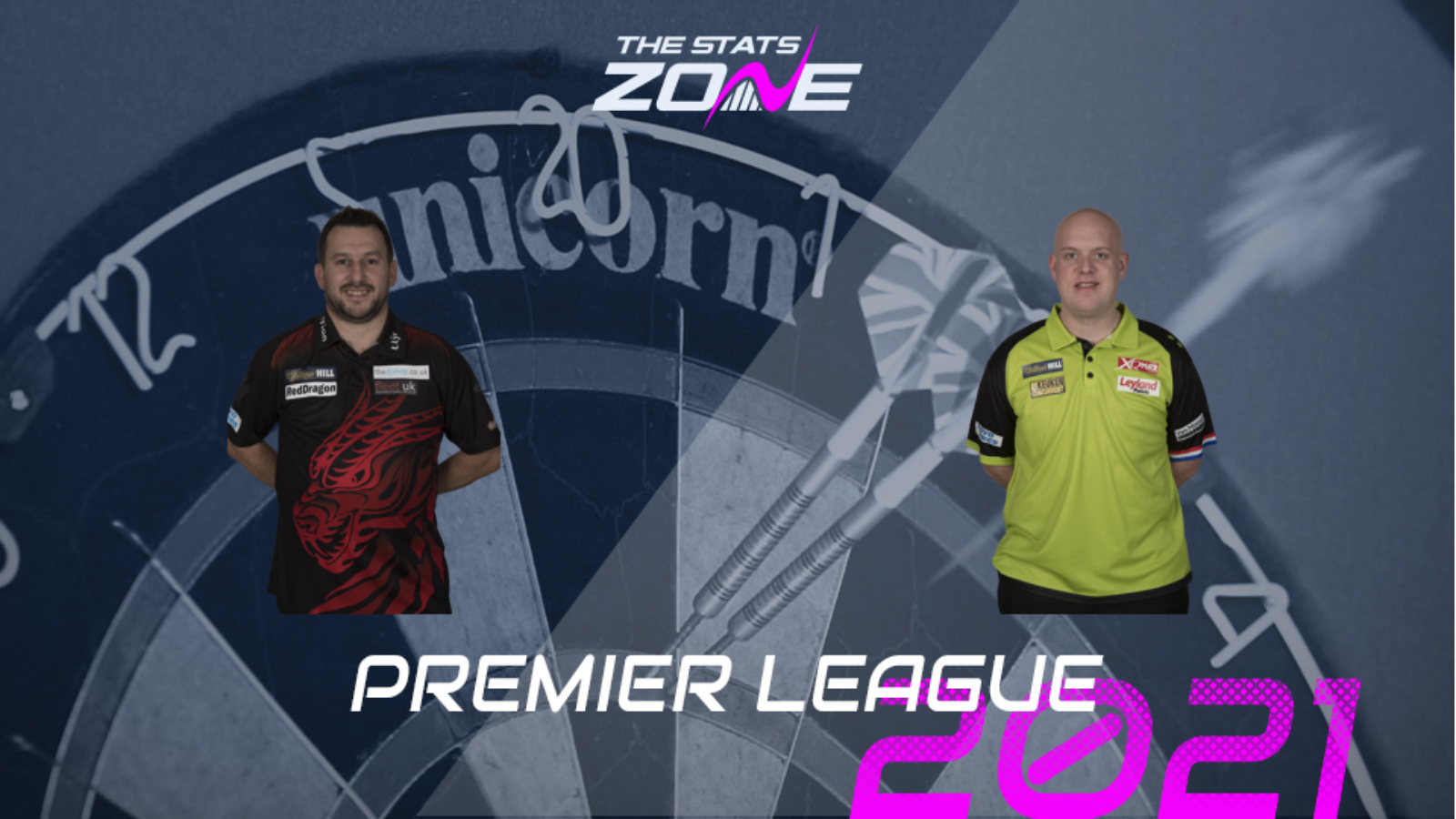 Where can I get tickets for Jonny Clayton vs Michael van Gerwen? This event will be played behind closed doors

What channel is Jonny Clayton vs Michael van Gerwen on? Sky Sports Action

Where can I stream Jonny Clayton vs Michael van Gerwen? Sky Sports subscribers can stream the match via Sky Go

What was the score in the last meeting? Jonny Clayton won 6-1

Michael van Gerwen fired a warning shot to the rest of the field last night with a 7-4 win over in-form Jose de Sousa during which he averaged 104.72 and hits seven 180s. It was far from a complete performance given that he somewhat fell over the line at the end but for large portions of the match he looked like the MVG of old, and that will only help improve his confidence. Jonny Clayton, meanwhile, can consider himself a little unlucky this week as he has picked up just a point from his three games despite putting in good performances. All of a sudden, he finds himself in eighth place ahead of tonight’s round of games and he will be desperate to put something on the board to get himself back in the play-off mix. That pressure could lead to some missed doubles though, and if MVG is in the mood again, the Welshman could be staring at another defeat.