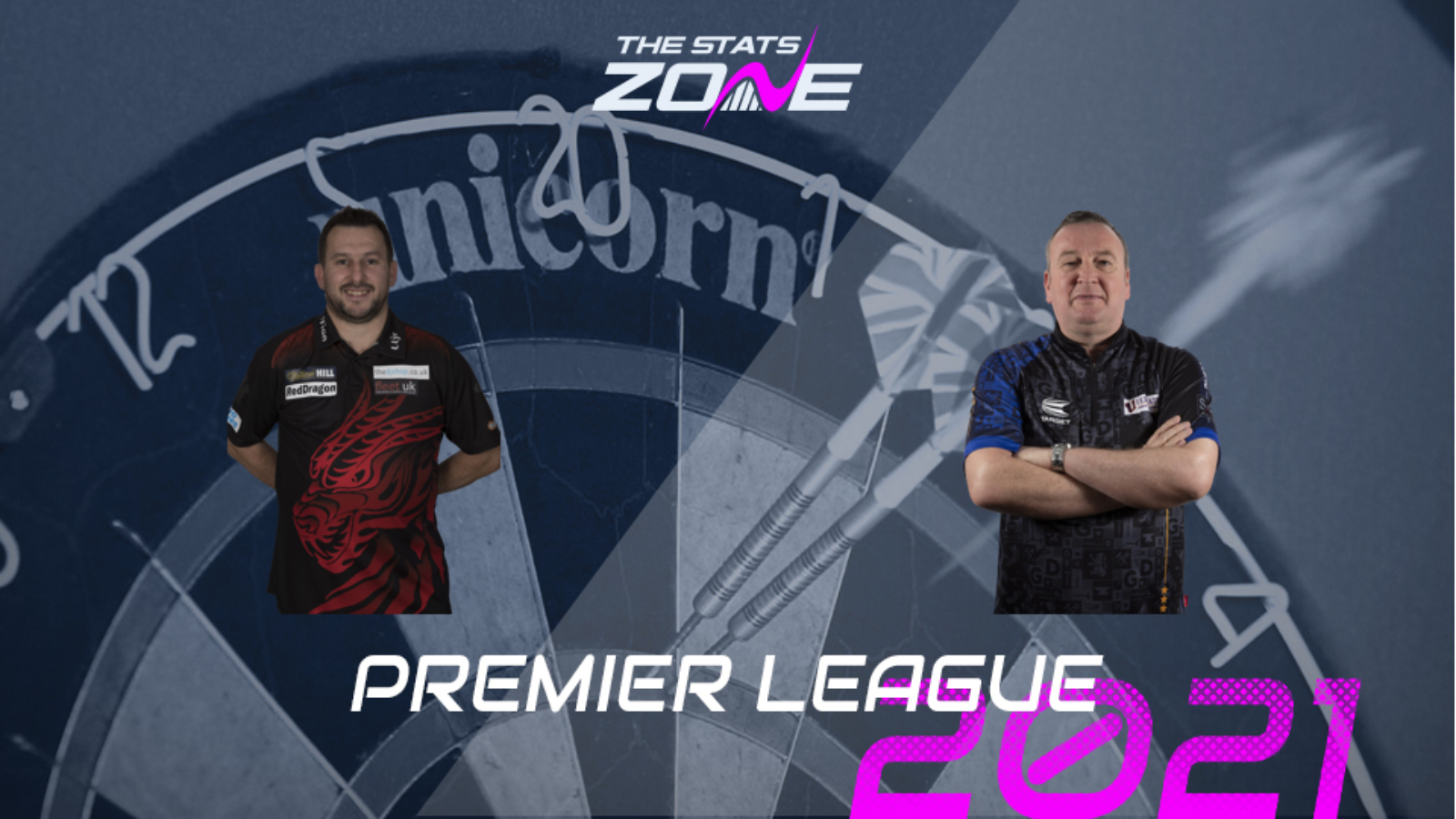 Where can I get tickets for Jonny Clayton vs Glen Durrant? This event will be played behind closed doors

What channel is Jonny Clayton vs Glen Durrant on? Sky Sports Action

Where can I stream Jonny Clayton vs Glen Durrant? Sky Sports subscribers can stream the match via Sky Go

What was the score in the last meeting? N/A

THE PREDICTION
This is another of tonight’s matches where the two players have surprisingly never met each other before as reigning Premier League champion Glen Durrant faces one of the competition’s new faces in Jonny Clayton. Durrant was the only loser on Night 1 which is hardly surprising given his struggles over the past few months while in-form Clayton recorded the highest average of the evening (105.56) in drawing with world number three Peter Wright. That performance will have settled any nerves that the Welshman may have been feeling ahead of his debut year and it seems likely that he’ll average in excess of 100 again on his way to his first Premier League victory, with a struggling Durrant looking like he’ll struggle to defend his title this year.