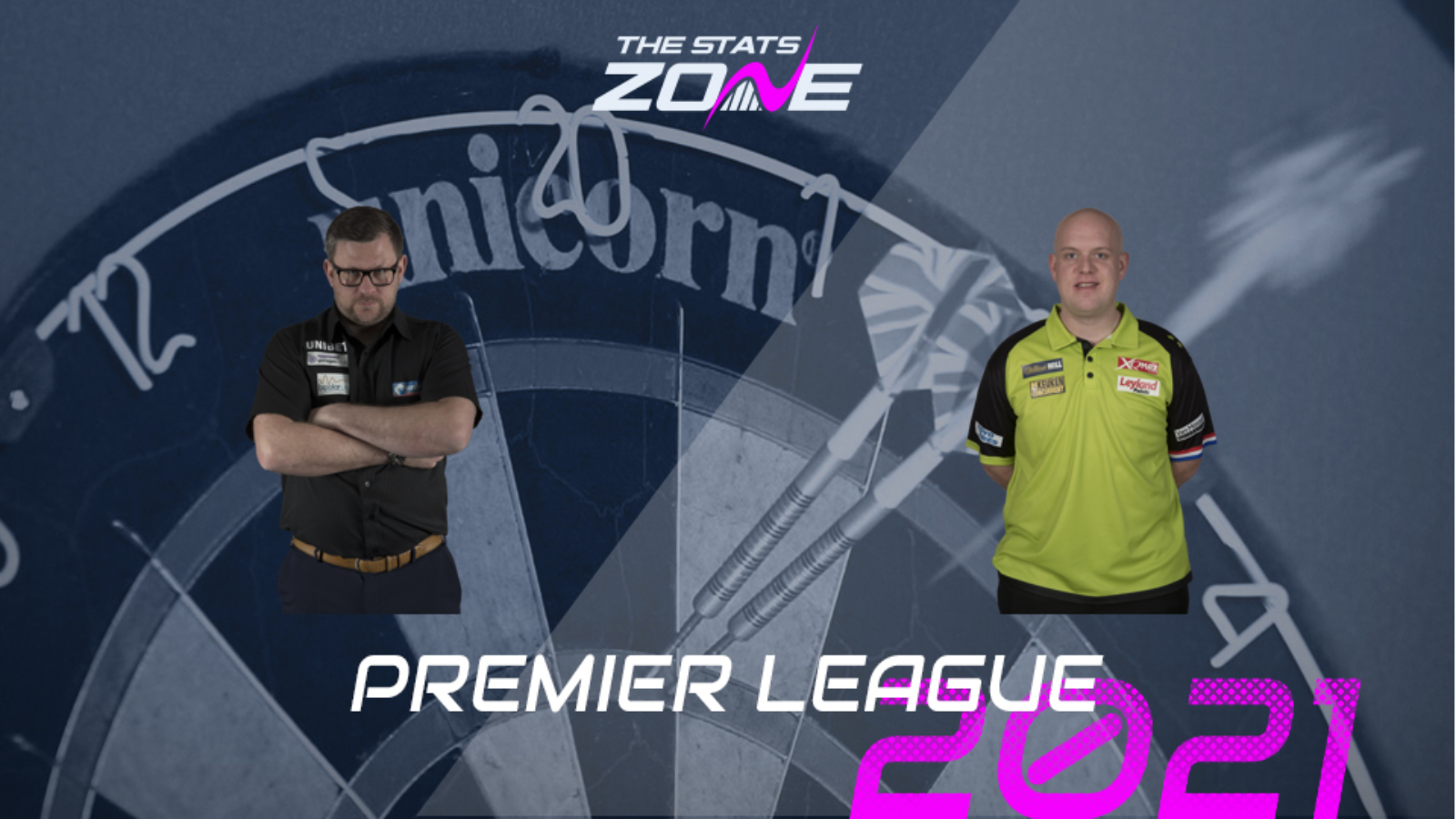 Where can I get tickets for James Wade vs Michael van Gerwen? This event will be played behind closed doors

What channel is James Wade vs Michael van Gerwen on? Sky Sports Action

Where can I stream James Wade vs Michael van Gerwen? Sky Sports subscribers can stream the match via Sky Go

What was the score in the last meeting? Michael van Gerwen won 6-3

Ominously for the rest of the field, five-time Premier League champion Michael van Gerwen is beginning to look like himself again and he put in his best performance in some time by beating Rob Cross with a 107.58 average on Wednesday. The Dutchman remains unbeaten after three nights of play and he is clearly determined to regain the trophy he lost last year. James Wade has not really been at it over the last two nights and he is likely to be outclassed by MVG here unless he significantly raises his standard. Wade never makes it easy for his opponents but Van Gerwen has the bit between his teeth now and should emerge victorious from this encounter.