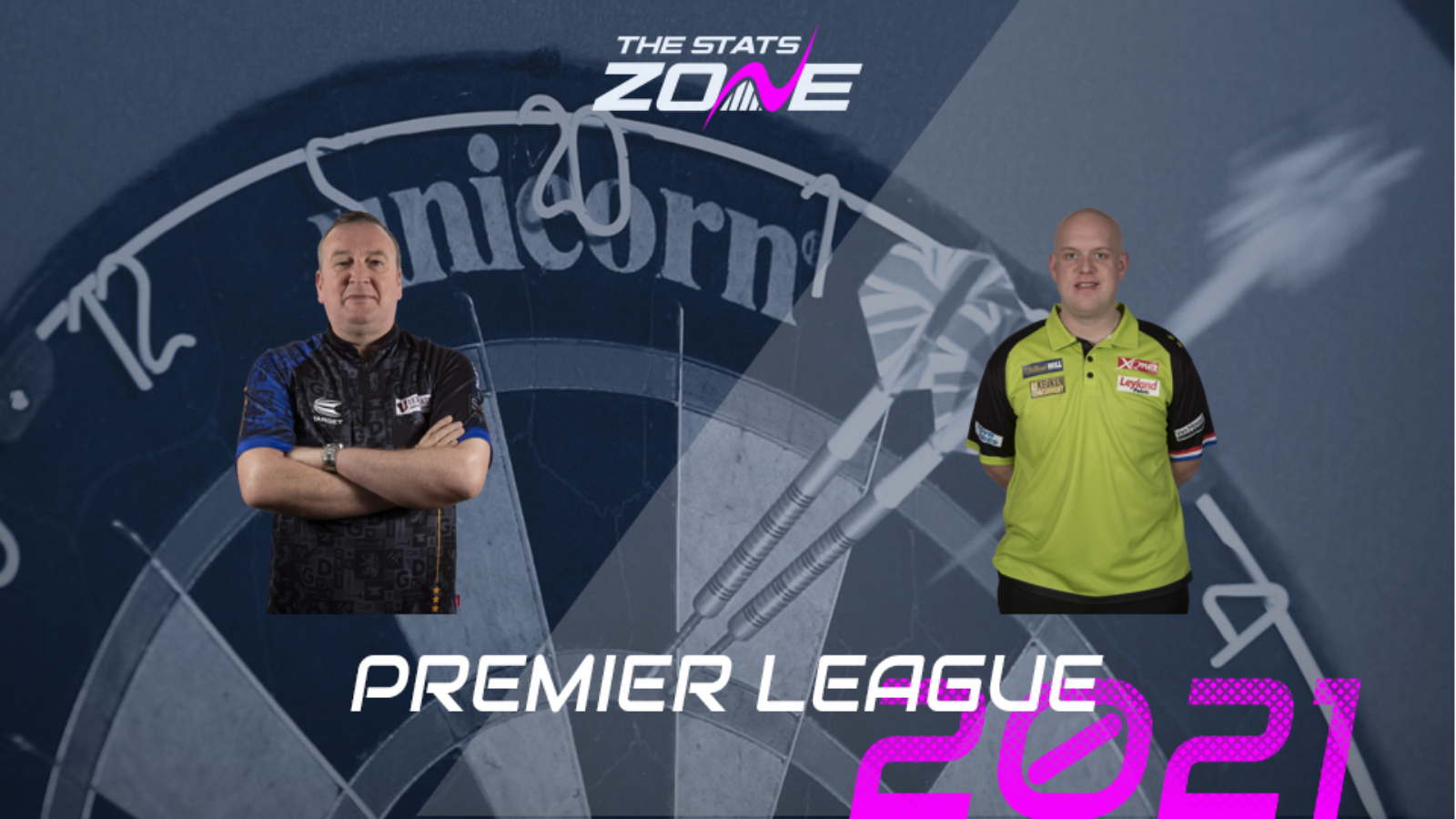 Where can I get tickets for Glen Durrant vs Michael van Gerwen? This event will be played behind closed doors

What channel is Glen Durrant vs Michael van Gerwen on? Sky Sports Action

Where can I stream Glen Durrant vs Michael van Gerwen? Sky Sports subscribers can stream the match via Sky Go

What was the score in the last meeting? Glen Durrant won 6-4

Glen Durrant will be hoping that this second round of games goes better than the first as it has been something of a nightmare campaign for the reigning Premier League champion so far. The Teesider has been well below his best in recent months and his five losses from five games in the Premier League make him the whipping boy of the competition. Michael van Gerwen hasn’t been at the top of his game himself but he is playing at a much higher standard than Duzza and it would be surprising if he doesn’t win this one fairly comfortably.