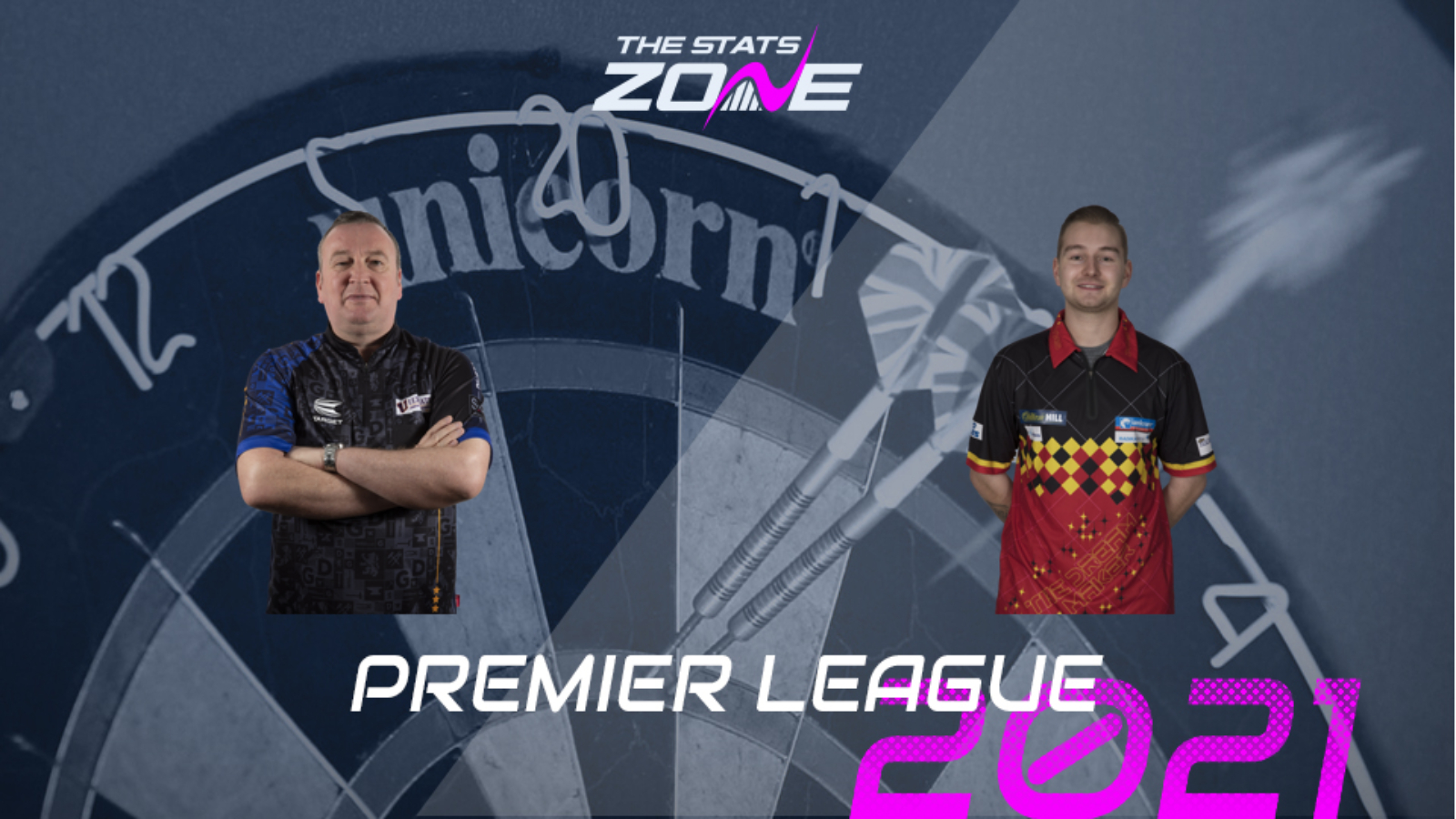 Where can I get tickets for Glen Durrant vs Dimitri Van den Bergh? This event will be played behind closed doors

Where can I stream Glen Durrant vs Dimitri Van den Bergh? Sky Sports subscribers can stream the match via Sky Go

What was the score in the last meeting? Glen Durrant won 6-3

THE PREDICTION
It’s been an excellent start for Dimitri Van den Bergh in his debut Premier League campaign as, after taking a point from Michael van Gerwen in his opener on Monday, he delivered the performance of the evening on Night 2 as he hit seven 180s and averaged almost 104 in a 7-5 win over Nathan Aspinall. The opposite can be said of reigning champion Glen Durrant though, who is clearly struggling with his game and is now the only player to be sat on zero points after two games played. The Teesider is nowhere near his best right now while Van den Bergh appears to be relishing his opportunity so the talented Belgian is expected to take the two points in this encounter.