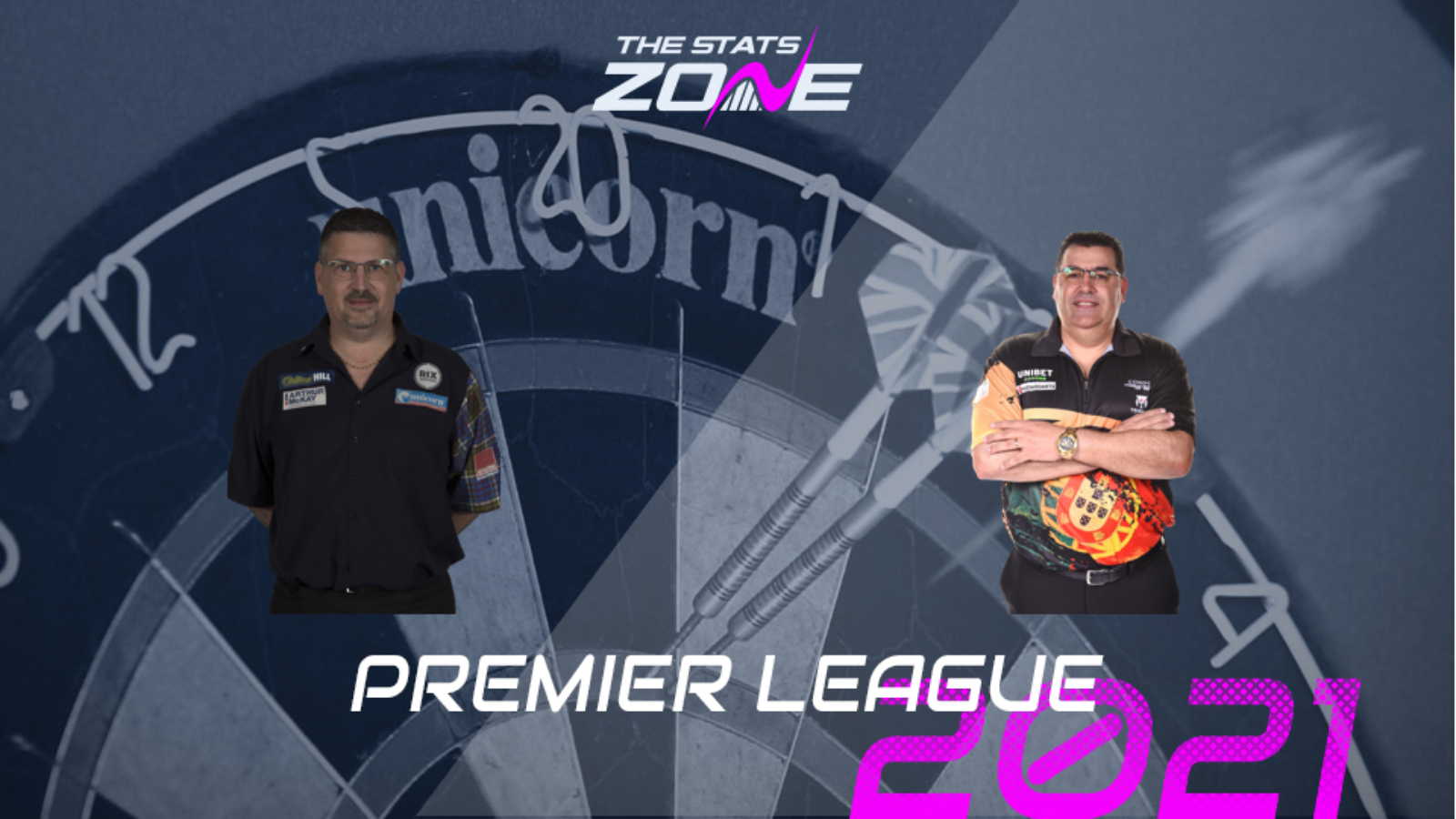 Where can I get tickets for Gary Anderson vs Jose de Sousa? This event will be played behind closed doors

What channel is Gary Anderson vs Jose de Sousa on? Sky Sports Action

Where can I stream Gary Anderson vs Jose de Sousa? Sky Sports subscribers can stream the match via Sky Go

What was the score in the last meeting? N/A

THE PREDICTION
It is not often that a Premier League match represents the first meeting between two players but that is the case here between 2011 and 2015 winner Gary Anderson and debutant Jose de Sousa. Both players drew their openers with De Sousa failing to close out against Rob Cross while Anderson put in a battling display to earn a point against James Wade. Although scoring wasn’t generally an issue for them, De Sousa and Anderson will each be looking to tidy up on their doubling as some wayward attempts cost them more points on Night 1. Another close match is in the offing here but the edge just goes to the more experienced Anderson who overall showed a higher level of darts on Monday with a 7-5 win for the Flying Scotsman the tip.