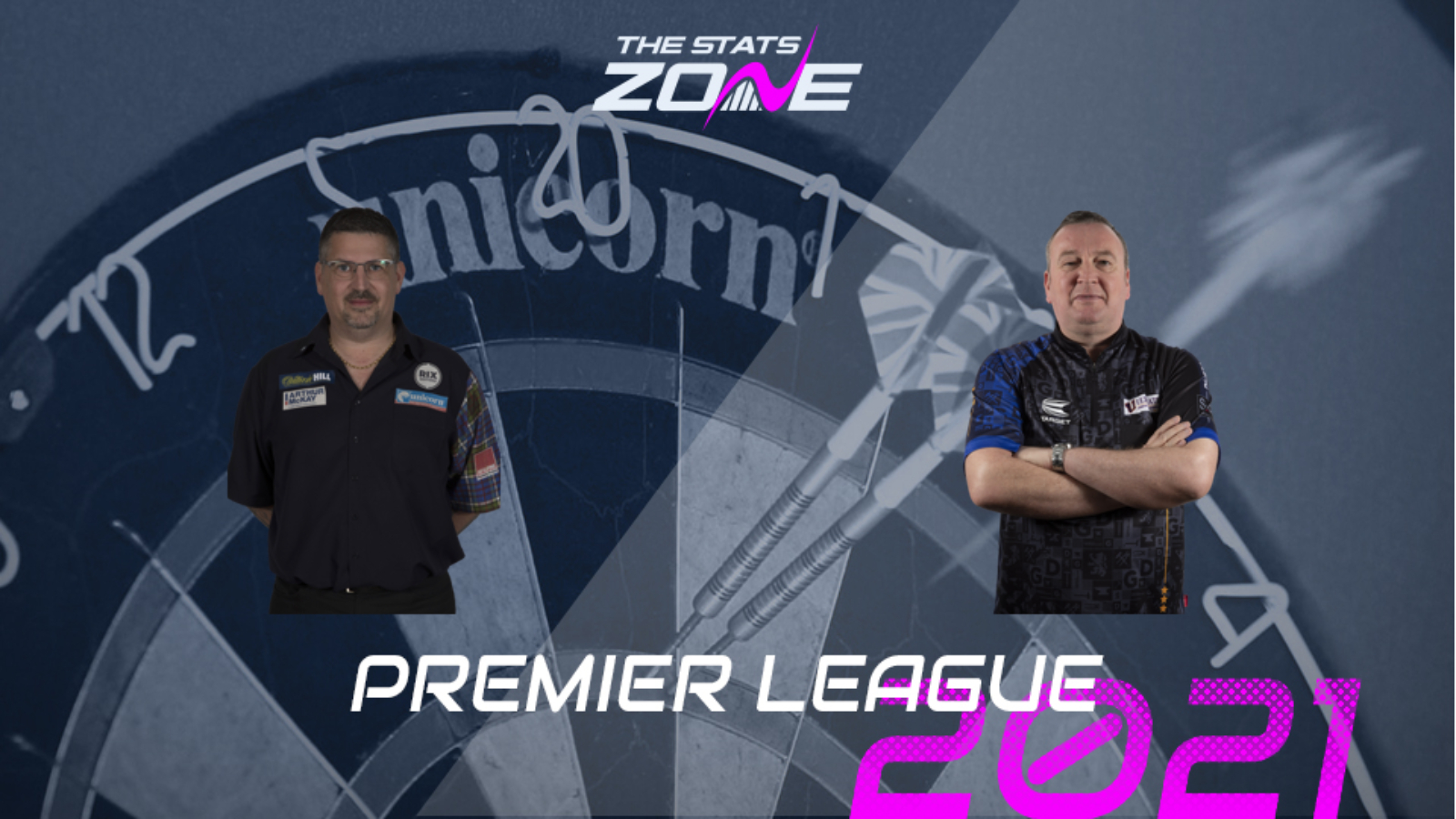 Where can I get tickets for Gary Anderson vs Glen Durrant? This event will be played behind closed doors

What channel is Gary Anderson vs Glen Durrant on? Sky Sports Action

Where can I stream Gary Anderson vs Glen Durrant? Sky Sports subscribers can stream the match via Sky Go

What was the score in the last meeting? Glen Durrant won 10-9

This is the first meeting between the pair since they met in the Premier League semi-finals last year – a match Durrant won 10-9 on his way to lifting the title – but a lot has changed since then with the Teesider struggling badly with his game right now. That was made bare on Wednesday evening when he was whitewashed 7-0 by Dimitri Van den Bergh during which he missed 16 darts at a double. If there are any positives to take for Durrant, it’s that surely things can only improve from here but Anderson, although not having been at his scintillating best just yet, has been playing to a far better standard than Duzza and is capable of winning this one with a handicap of -2.5 legs.