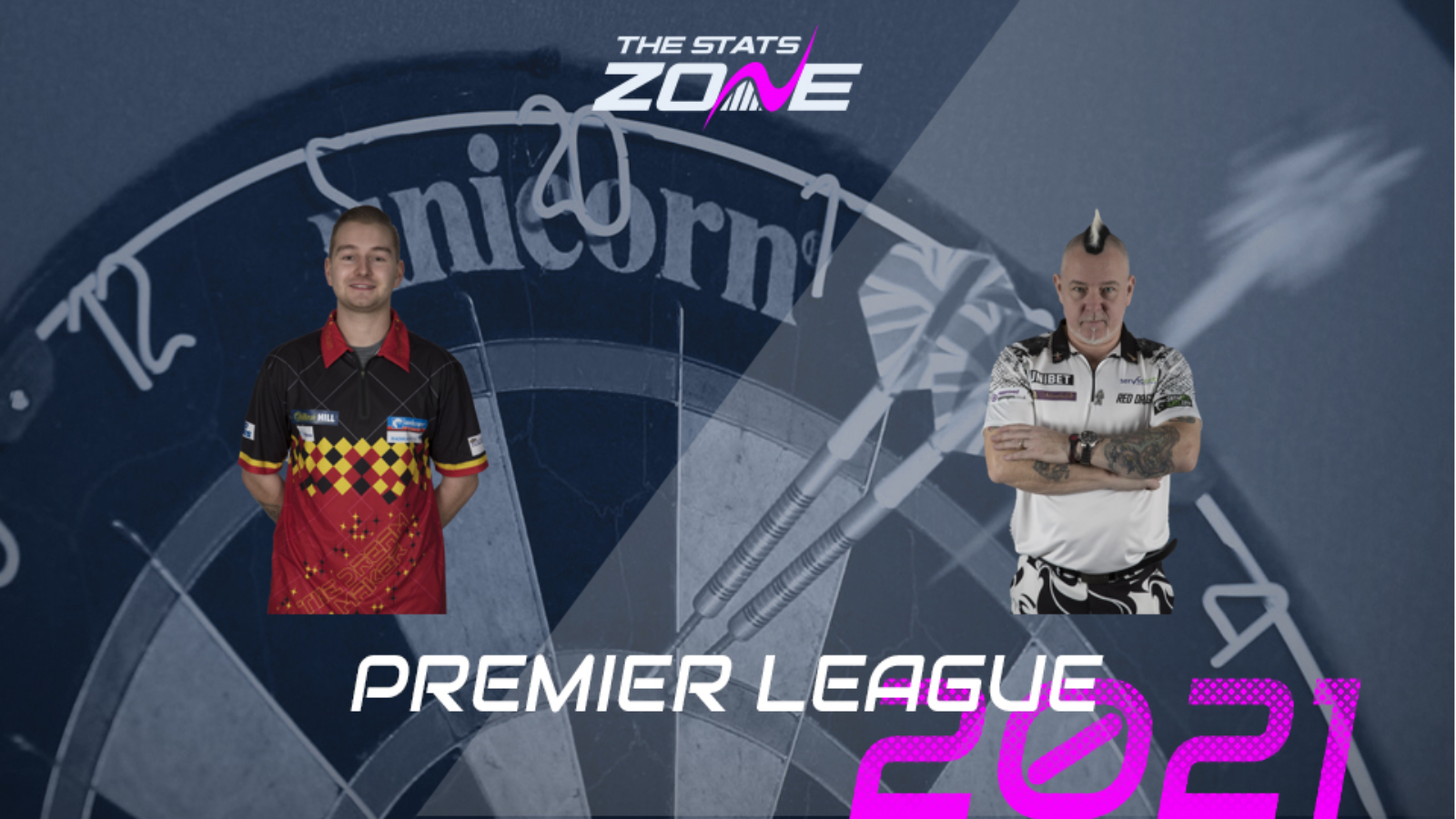 Where can I get tickets for Dimitri Van den Bergh vs Peter Wright? This event will be played behind closed doors

Where can I stream Dimitri Van den Bergh vs Peter Wright? Sky Sports subscribers can stream the match via Sky Go

What was the score in the last meeting? Peter Wright won 6-4

Van den Bergh tops the Premier League table after three nights of action with the Belgian having recorded a whitewash victory over a struggling Glen Durrant on Wednesday evening in a match where, in truth, he did not need to get out of second gear. Peter Wright, meanwhile, appears to be over the bout of illness that saw him struggle against Michael van Gerwen on Tuesday as he put in a much more assured performance by beating fellow Scot Gary Anderson 7-4 on Wednesday. This promises to be a closely-fought contest but Van den Bergh has been more prolific with his maximum hitting so far having hit 11 180s in the tournament compared to Wright’s three, so backing the Premier League debutant to hit the most maximums is the betting tip here.