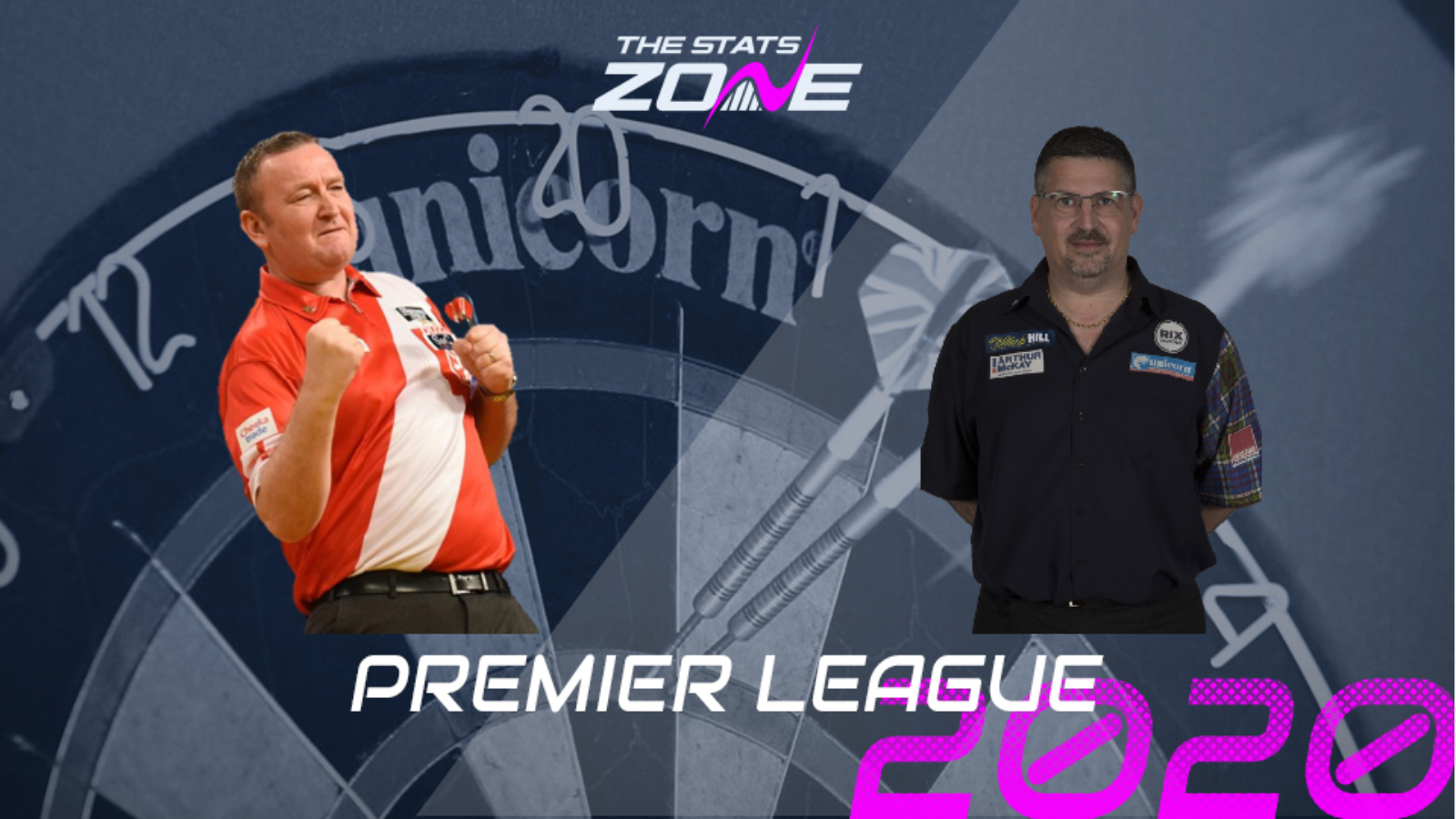 Where can I get tickets for Glen Durrant vs Gary Anderson? No tickets are available as this match will be played behind closed doors

What channel is Glen Durrant vs Gary Anderson on? Sky Sports Action

Where can I stream Glen Durrant vs Gary Anderson? Sky Sports subscribers can stream the match via Sky Go

What was the score in the last meeting? Glen Durrant 7-7 Gary Anderson

Glen Durrant has enjoyed a remarkable debut Premier League campaign and he comes into the play-offs as the number one seed after becoming only the third player to top the standings in the history of the tournament. Duzza’s ‘reward’ for finishing in pole position is a semi-final clash against two-time Premier League champion Gary Anderson - who is the only previous winner of the PL in the last four. The Flying Scotsman may not be the consistent force he once was, but he is still very much a major player as shown when he compiled an excellent run of five wins from six matches during the league phase. Durrant can rightfully feel confident having claimed a win and a draw from their two league encounters this season, while Anderson will be hungry to add a third Premier League title to his CV, and this desire should bring out a strong performance from the two-time world champion. This looks well set to be a tight contest, so over 16.5 legs is a good possibility and Anderson to hit the most 180s is also an appealing bet.