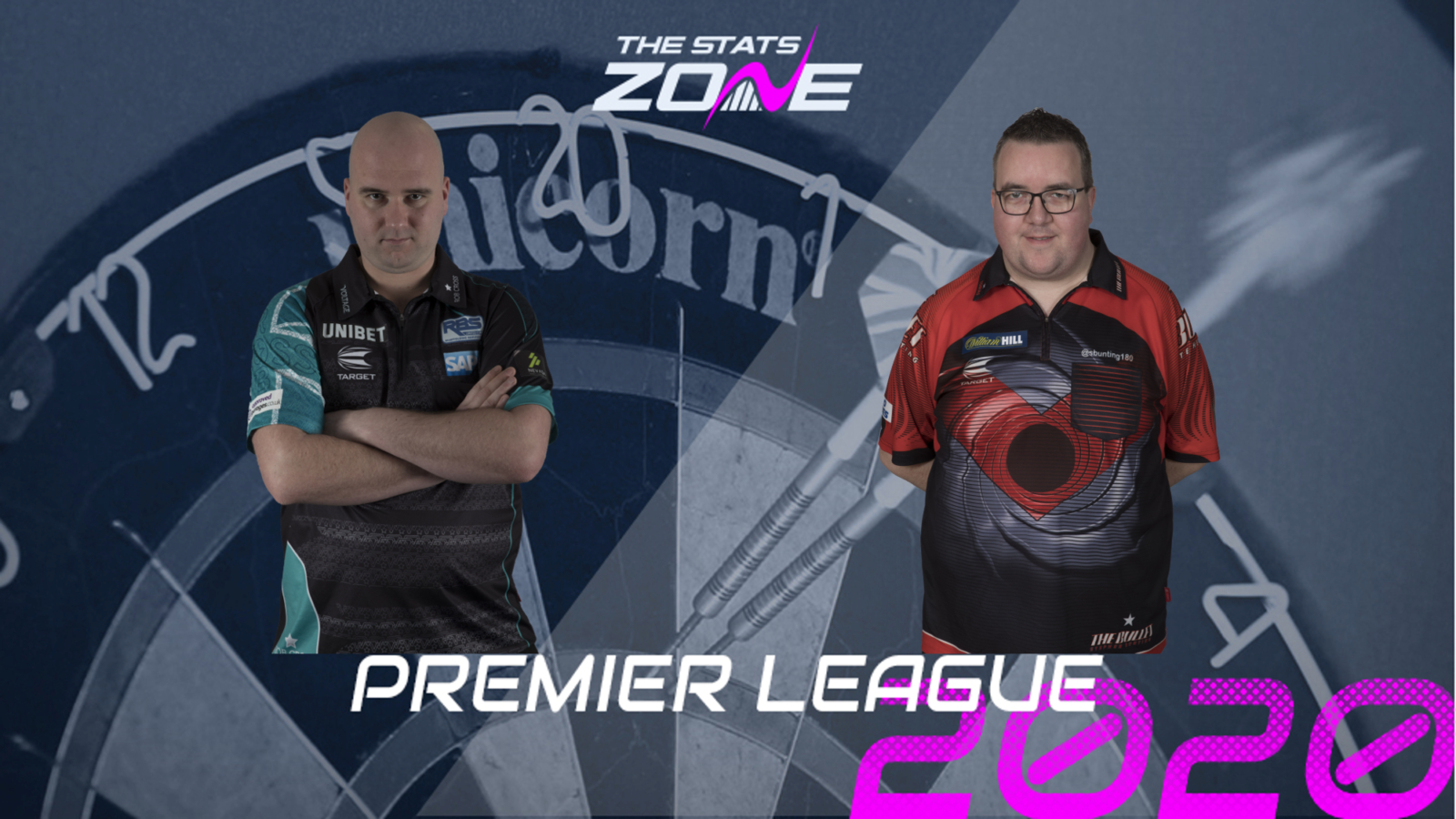 What channel is Rob Cross vs Stephen Bunting on? Sky Sports Action

Where can I stream Rob Cross vs Stephen Bunting? Sky Sports subscribers can stream the match via Sky Go

Where can I get tickets for Rob Cross vs Stephen Bunting? Click here to purchase tickets for the 2020 Premier League Darts

What was the score in the last meeting? Rob Cross beat Stephen Bunting 10-8

Rob Cross will be hoping to draw upon his winning record against Stephen Bunting as he aims to pull away from the foot of the table. Bunting can pose big problems for Cross, but he can blow hot and cold and even though Cross isn’t at his best he might just be able to come away with a 7-5 victory. The main tip for this match is a checkout of over 118.5, as Cross has managed this in each of his last three Premier League matches and Bunting is very capable of firing a high combination finish when playing well.