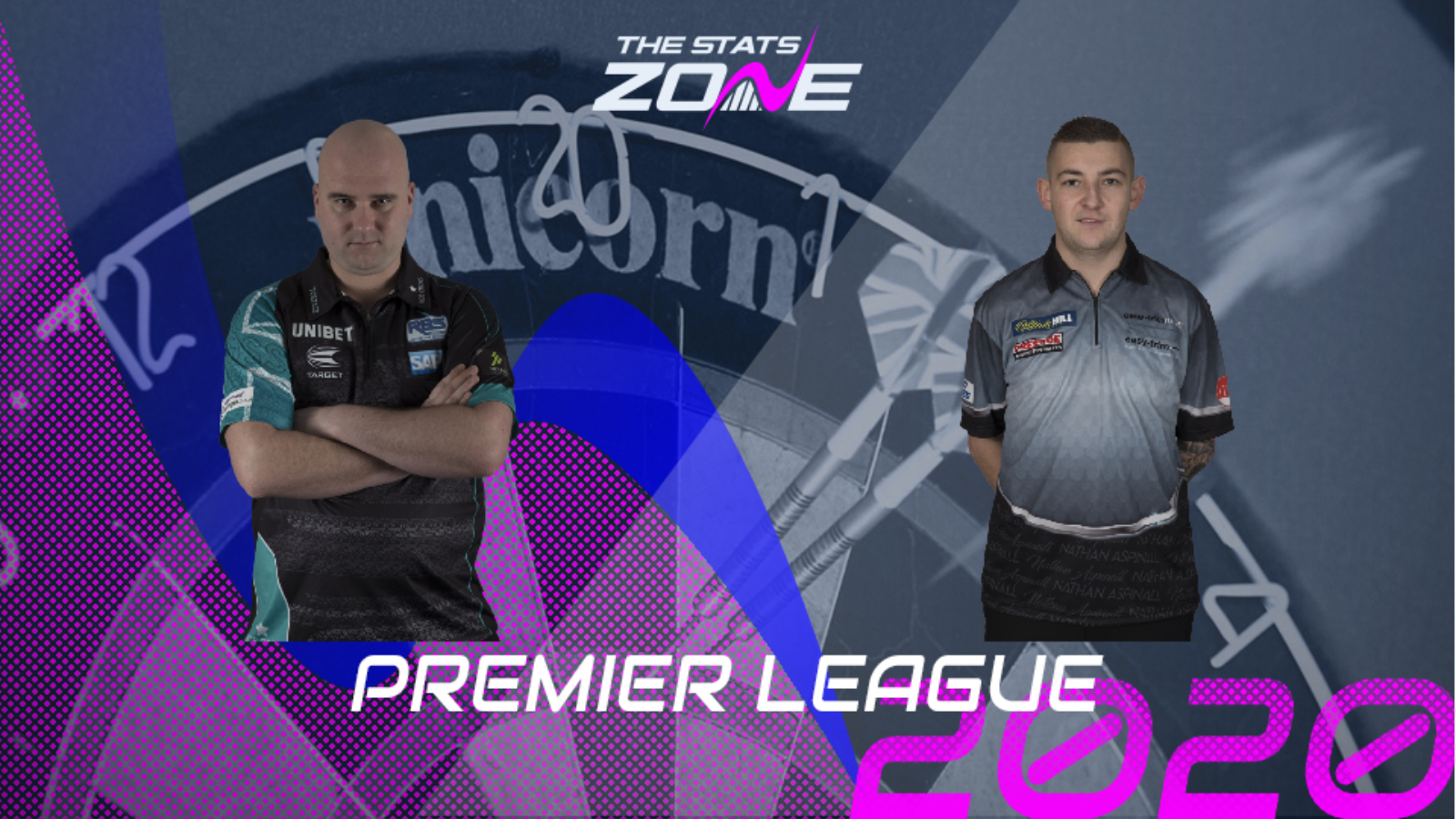 What channel is Rob Cross vs Nathan Aspinall on? Sky Sports Action

Where can I stream Rob Cross vs Nathan Aspinall? Sky Sports subscribers can stream the match via Sky Go

Where can I get tickets for Rob Cross vs Nathan Aspinall? Click here to purchase tickets for the 2020 Premier League Darts

What was the score in the last meeting? Nathan Aspinall beat Rob Cross 8-5

Nathan Aspinall will be looking to continue his scintillating form from his Players Championship 2 success on Sunday where he hit a nine-dart finish and averaged over 117 against Peter Wright along the way. The performance from Cross last Thursday on night one was encouraging for him but there are still question marks on the consistency level of his game at the moment and he faces a huge task here against a man who will be full of belief. Aspinall has defeated Cross in each of their last two meetings – one of which was the 2019 UK Open final. The Asp is capable of making it a hat-trick of wins against Voltage with a 7-5 victory.