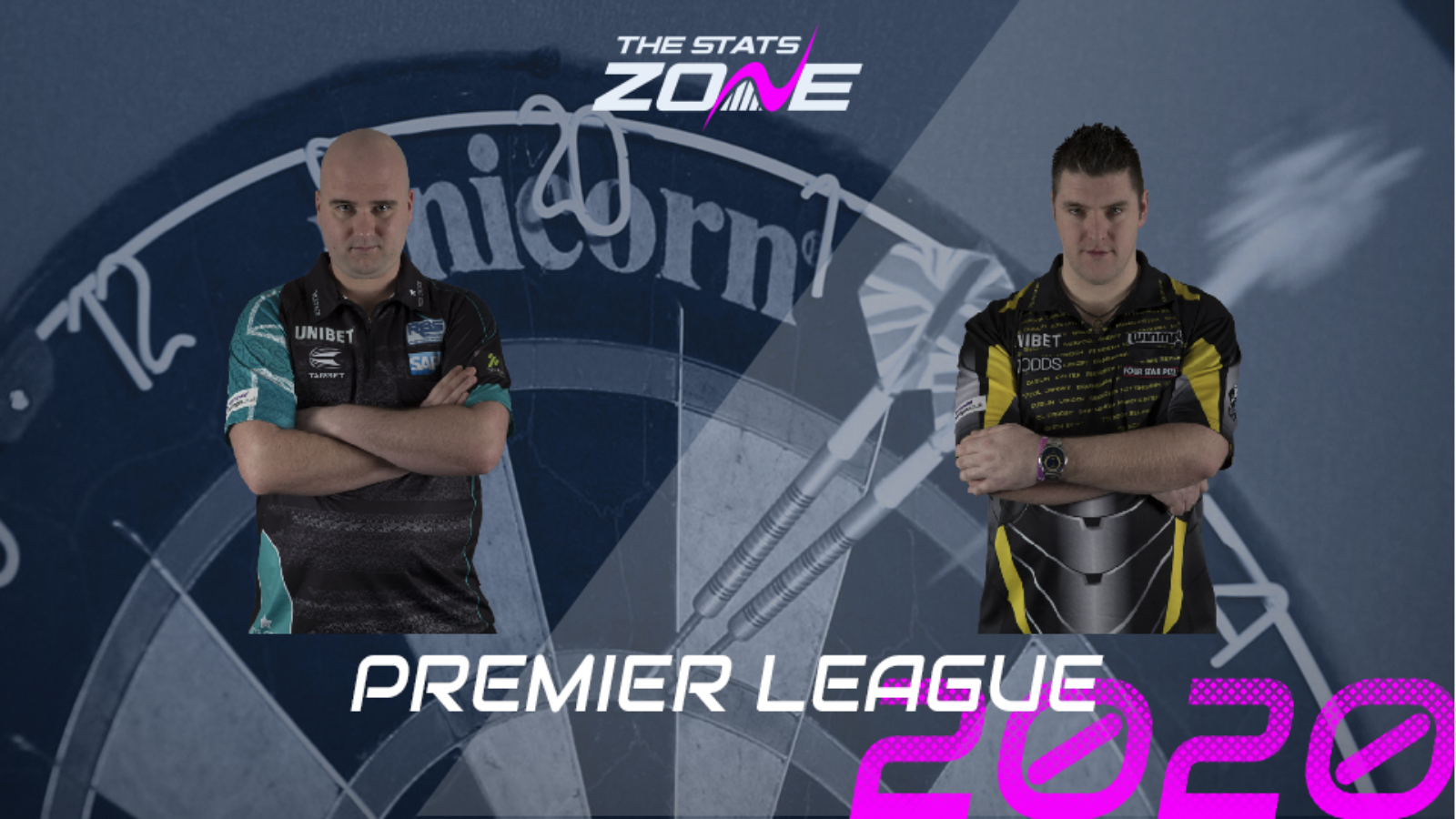 What channel is Rob Cross vs Daryl Gurney on? Sky Sports Action

Where can I stream Rob Cross vs Daryl Gurney? Sky Sports subscribers can stream the match via Sky Go

Where can I get tickets for Rob Cross vs Daryl Gurney? Click here to purchase tickets for the 2020 Premier League Darts

What was the score in the last meeting? Rob Cross beat Daryl Gurney 11-9

This is a crucial fixture between two players who are struggling for form both in and away from the Premier League. The importance of not losing the game is massive for Gurney as he could be four points adrift at the bottom of the table by the end of the evening. With neither player seeming to be capable of taking control of this match, it could well be a game that goes the distance and ends in a draw.