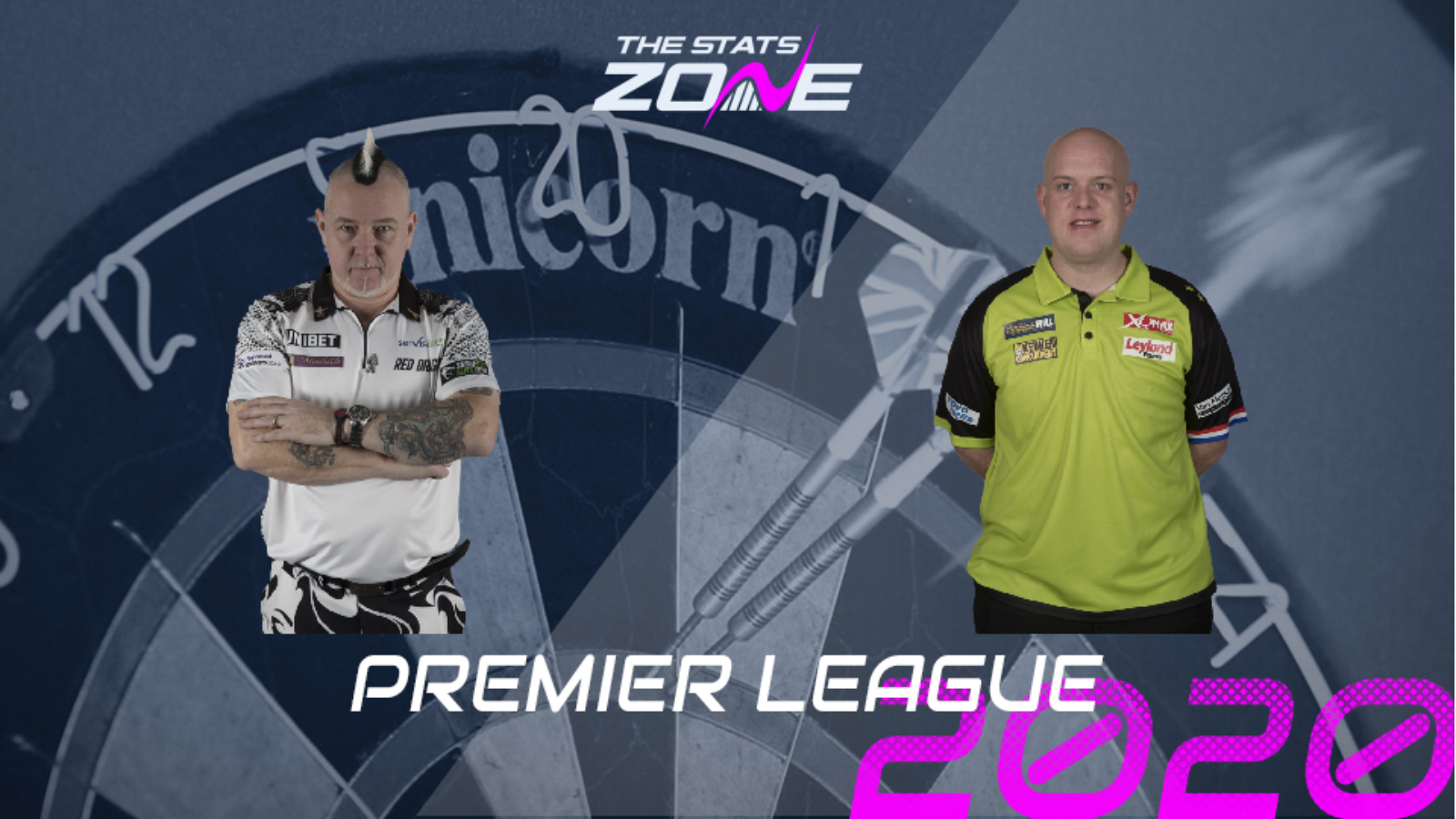 Where can I get tickets for Peter Wright vs Michael van Gerwen? This event will be played behind closed doors

What channel is Peter Wright vs Michael van Gerwen on? Sky Sports Action

Where can I stream Peter Wright vs Michael van Gerwen? Sky Sports subscribers can stream the match via Sky Go

What was the score in the last meeting? Michael van Gerwen beat Peter Wright 8-7

THE PREDICTION
The world number one meets the world champion but it’s fair to say that neither of these players will be too happy with their position in the table. Van Gerwen has invariably been top of the league by this stage in the past but he has thrown in some inconsistent performances throughout the campaign and it is clear that he is not operating at his highest level. He is still more than capable of throwing in a massive average but he has been unable to sustain that match after match, which we have been used to seeing in the past. Wright, meanwhile, must wonder what he has to do to win as his previous three matches – all defeats – have seen him hit a nine-darter, miss D12 for another perfect leg and average over 101 each time so you have to say he has been unfortunate to come away with nothing from those. If he continues to play like that though, he will pick up points soon enough and he could sneak a win from MVG here.