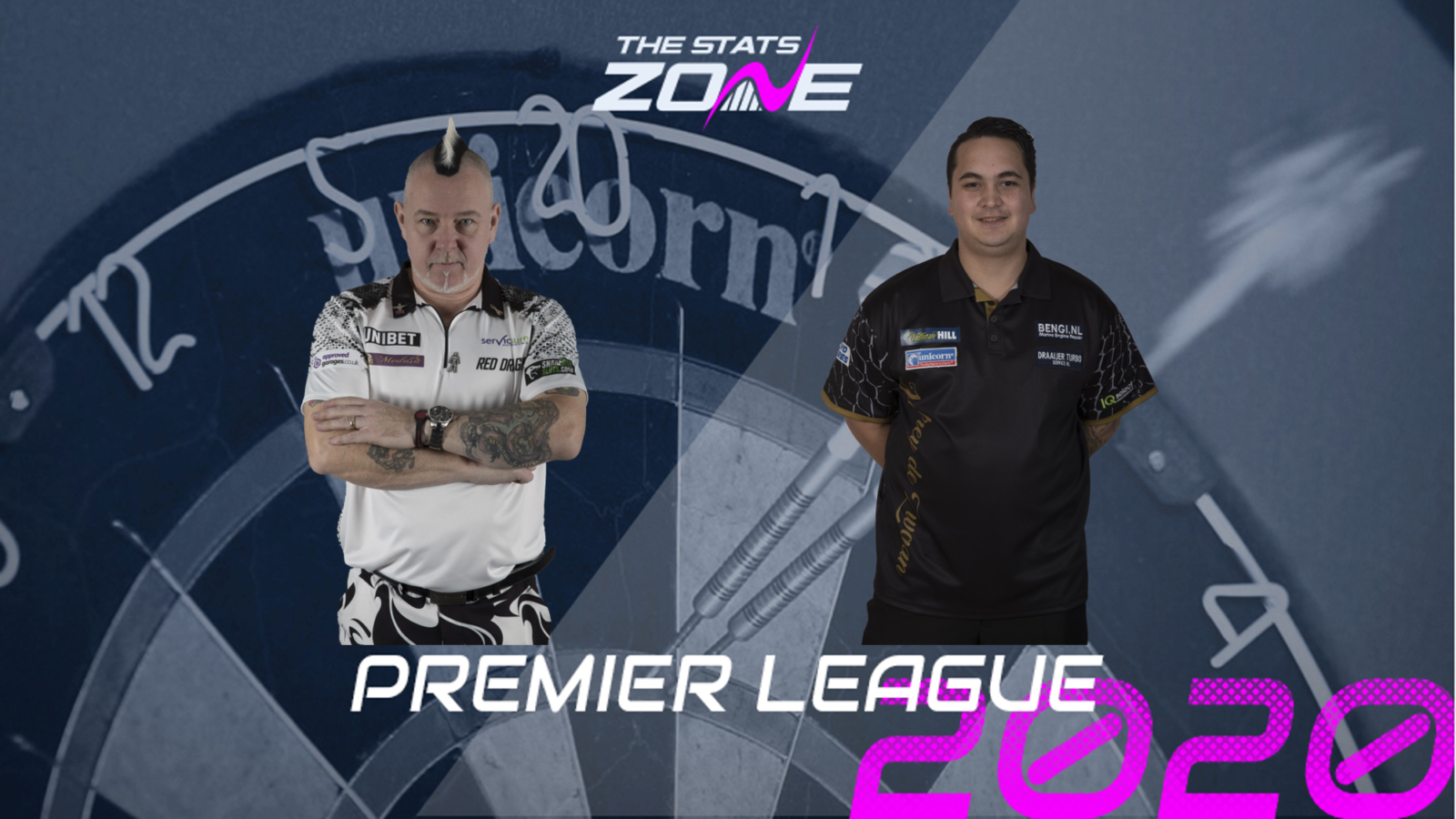 Where can I get tickets for Peter Wright vs Jeffrey de Zwaan? This event will be played behind closed doors

What channel is Peter Wright vs Jeffrey de Zwaan on? Sky Sports Action

Where can I stream Peter Wright vs Jeffrey de Zwaan? Sky Sports subscribers can stream the match via Sky Go

What was the score in the last meeting? Peter Wright beat Jeffrey de Zwaan 4-3

Peter Wright was left to rue a costly miscount in the final leg of his 6-6 draw against Glen Durrant on Tuesday night, but despite that disappointment Snakebite can take plenty of positives from his performance against Duzza and he is only just outside of the top four on leg difference coming into round eight. Wright looks well set to return to winning ways against Jeffrey de Zwaan who will no doubt be disappointed to have been denied the chance to take on the world champion in front of a huge crowd in Rotterdam. De Zwaan is a very capable player who pushed Wright all the way when they met at Alexandra Palace at the back end of 2019, but the Dutchman can be rather inconsistent and the fact that Wright is more familiar with the conditions and has more motivation to win suggests that an easier victory for Snakebite will be the outcome this time.