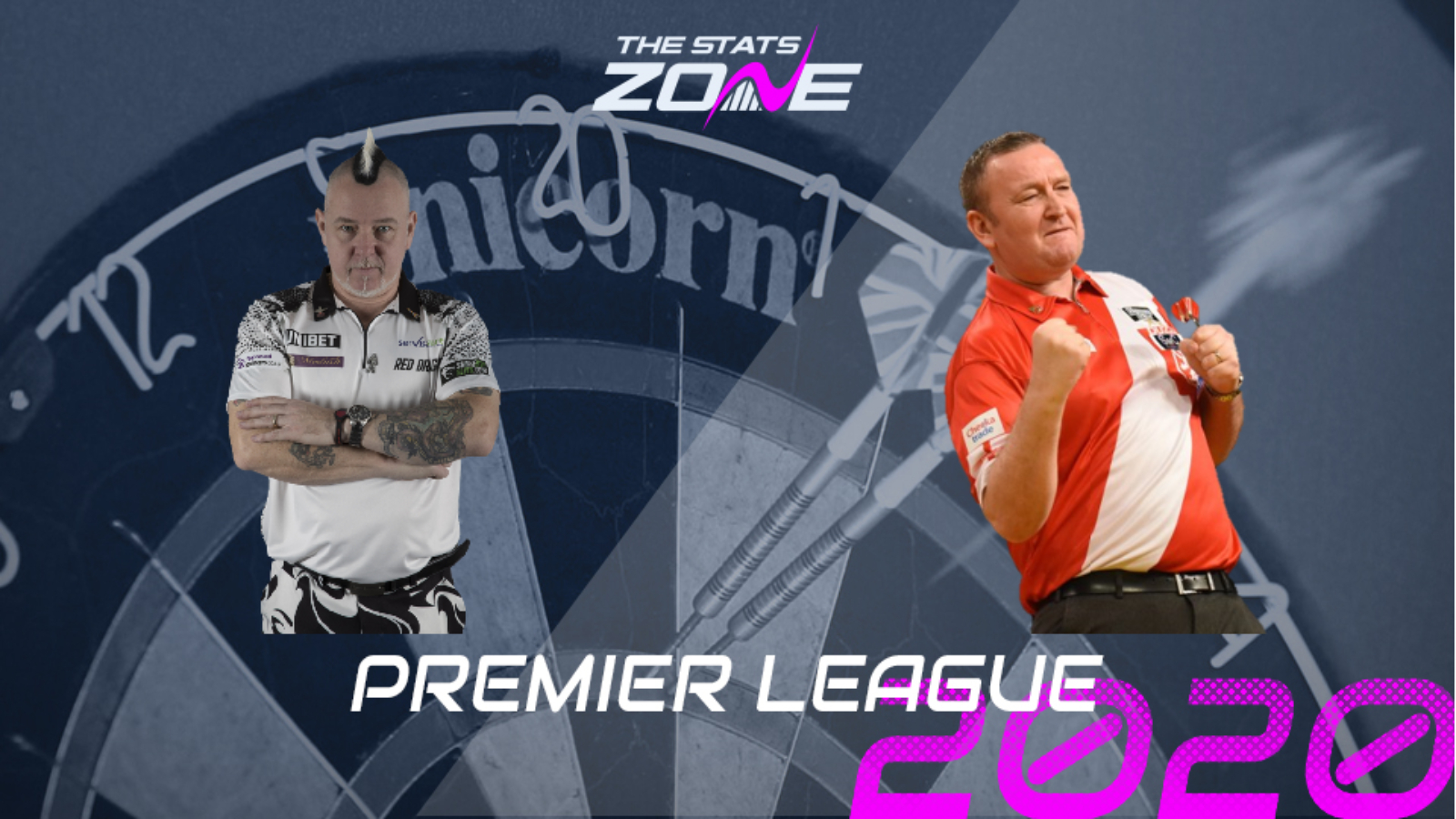 Where can I get tickets for Peter Wright vs Glen Durrant? This event will be played behind closed doors

What channel is Peter Wright vs Glen Durrant on? Sky Sports Action

Where can I stream Peter Wright vs Glen Durrant? Sky Sports subscribers can stream the match via Sky Go

What was the score in the last meeting? Glen Durrant beat Peter Wright 11-8

Round seven of the 2020 Premier League concludes with a very enticing match-up between Peter Wright and Glen Durrant, who met at this venue only last month when Durrant claimed an 11-8 victory in the last 16. Durrant has enjoyed a tremendous debut Premier League campaign so far with some superbly consistent finishing being a big factor in him topping the table after six rounds. Wright had a patchy start to the 2020 Premier League but his performances in his two matches prior to the enforced break were very impressive and a player of his calibre is capable of winning any match he goes into. It’s going to be tough for Durrant to repeat his win against Wright at the Matchplay but there might be some value to be had in having a small wager on him at the odds on offer. If you like betting on 180s, it is worth noting their tournament 180 count, as Wright has hit 22 compared to Durrant’s total of 6.