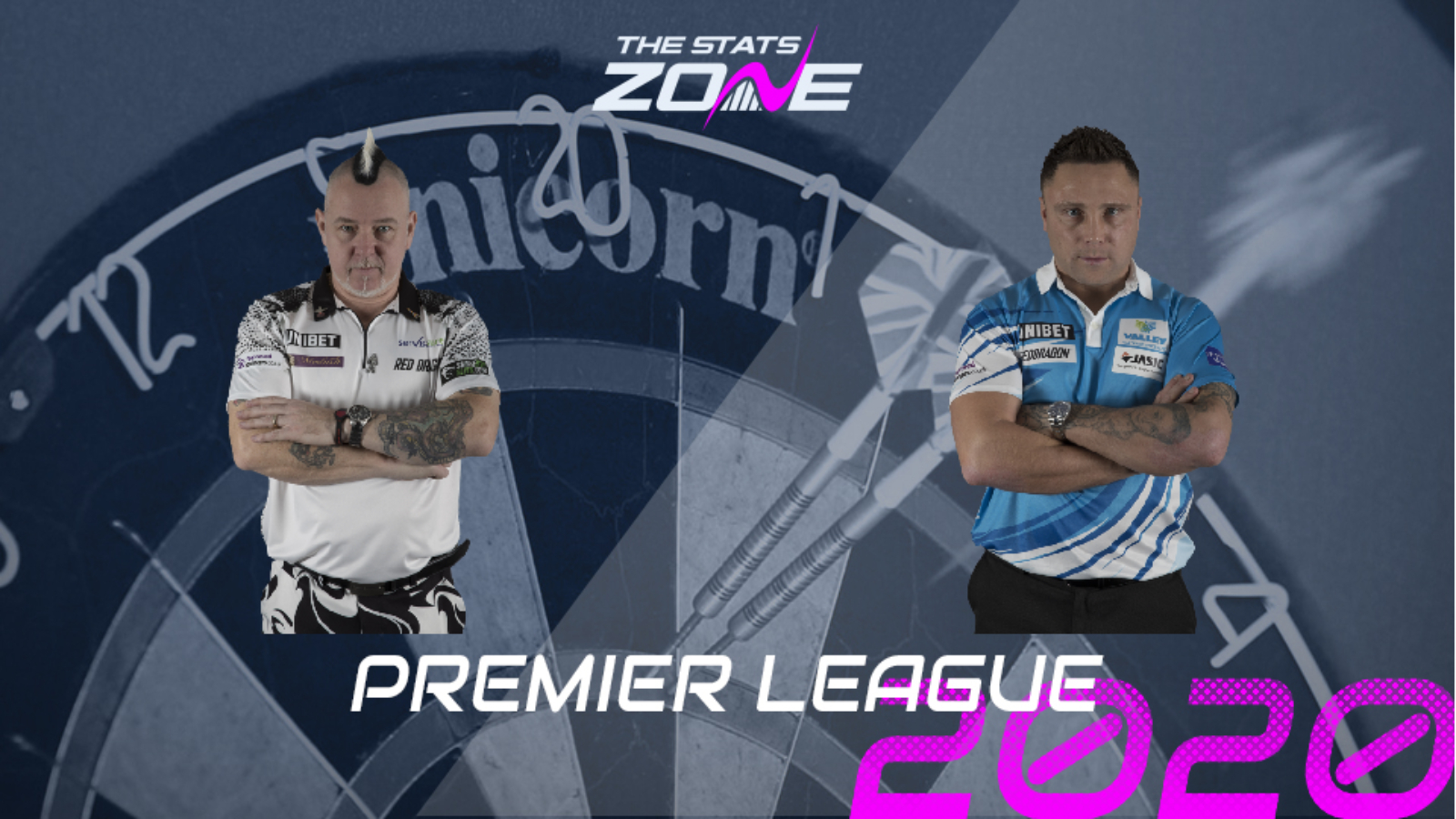 Where can I get tickets for Peter Wright vs Gerwyn Price? This event will be played behind closed doors

What channel is Peter Wright vs Gerwyn Price on? Sky Sports Action

Where can I stream Peter Wright vs Gerwyn Price? Sky Sports subscribers can stream the match via Sky Go

What was the score in the last meeting? Peter Wright beat Gerwyn Price 8-2

THE PREDICTION
Despite hitting his first ever televised nine-darter and averaging over eight points more than his opponent, Peter Wright came away empty-handed against Daryl Gurney last night and that is now two losses on the bounce for the reigning world champion. He will aim to steady the ship against Gerwyn Price who has had a tumultuous couple of days as, after losing to Glen Durrant on Friday and subsequently launching into tirade on social media, he then apologised the following day and beat world number one Michael van Gerwen. The last time Wright and Price met in the Premier League it was a one-sided 7-1 win for the Welshman but this one promises to be much closer so expect there to be over 12.5 legs here.