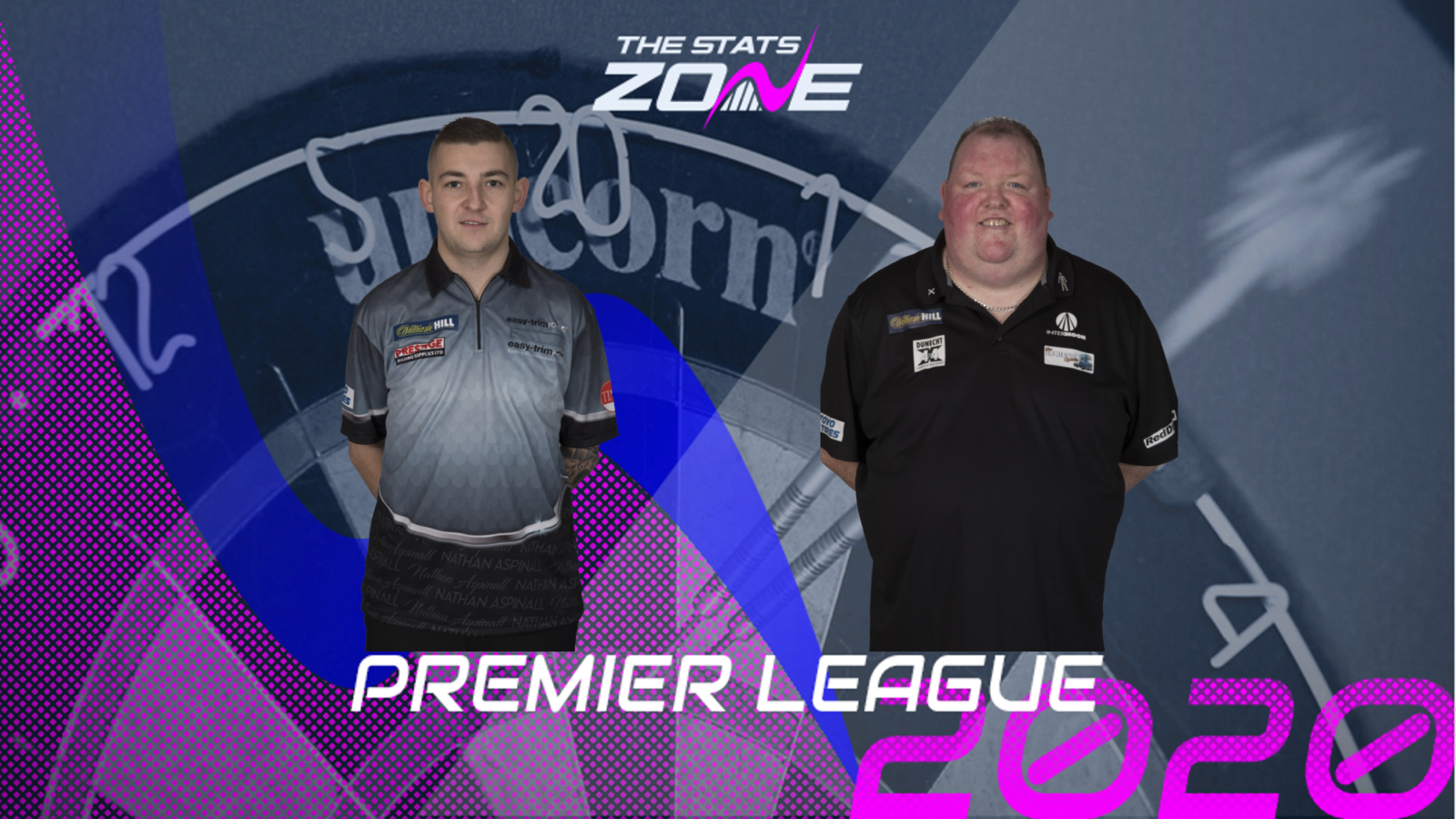 What channel is Nathan Aspinall vs John Henderson on? Sky Sports Action

Where can I stream Nathan Aspinall vs John Henderson? Sky Sports subscribers can stream the match via Sky Go

Where can I get tickets for Nathan Aspinall vs John Henderson? Click here to purchase tickets for the 2020 Premier League Darts

What was the score in the last meeting? No previous meetings

Nathan Aspinall will have to battle against a partisan home crowd and the tenacious John Henderson as he bids to make a winning start to his debut Premier League campaign. Aspinall has proven to be a class act on the big stage since the end of 2018 when he first reached the semi-finals at the World Championship and he is capable of pushing for a play-off place in the 2020 Premier League. Henderson poses a tough test for Aspinall as he really has nothing to lose and can just enjoy the occasion. Aspinall is tipped just to get over the line and win 7-5, but the main pick is on the 180s market. If Henderson gets into his rhythm he can fire in a good number - as he showed last year when he hit six against Van Gerwen, over 2.5 in this match looks possible for the big Scot.