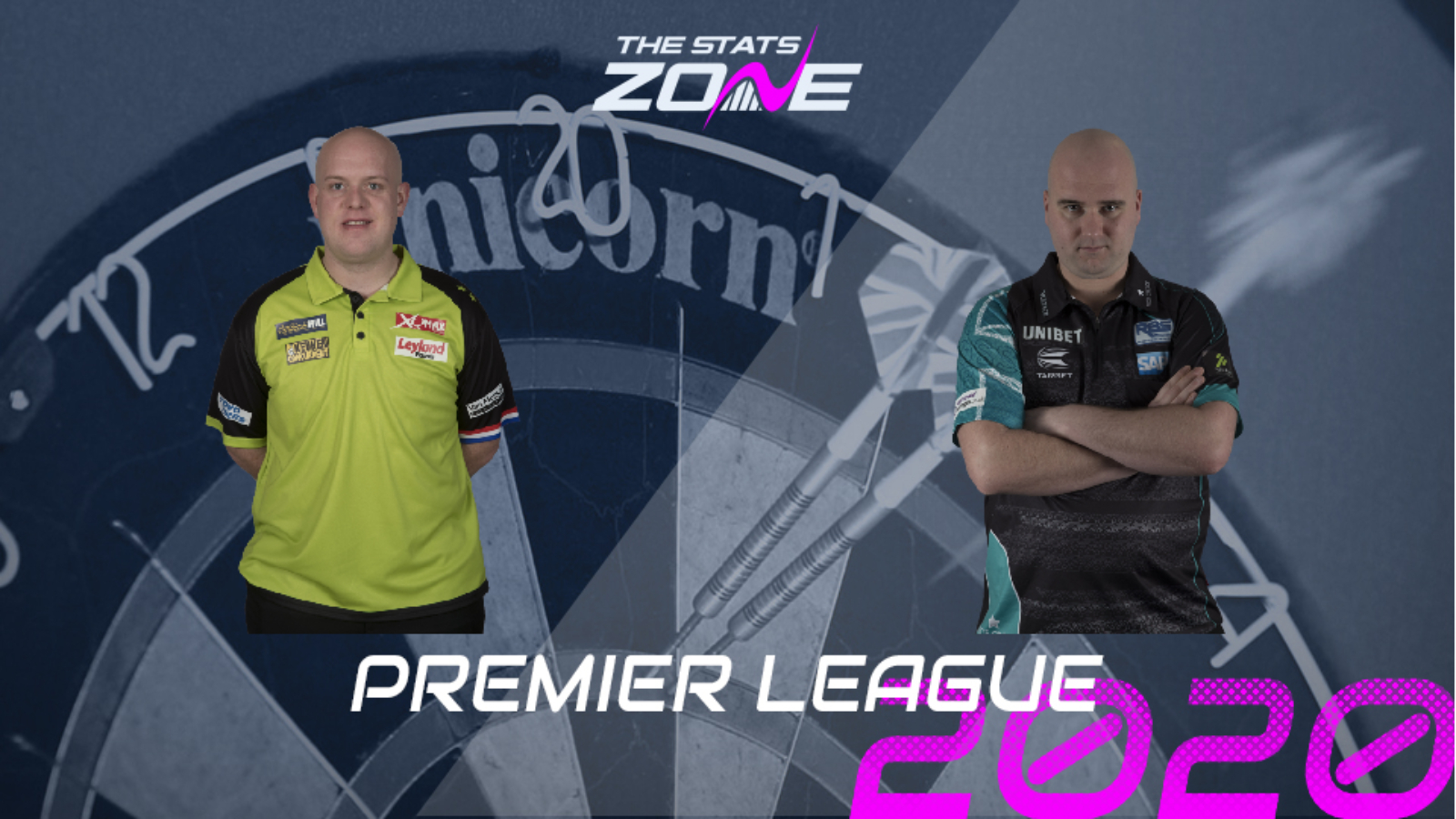 Where can I get tickets for Michael van Gerwen vs Rob Cross? This event will be played behind closed doors

What channel is Michael van Gerwen vs Rob Cross on? Sky Sports Action

Where can I stream Michael van Gerwen vs Rob Cross? Sky Sports subscribers can stream the match via Sky Go

What was the score in the last meeting? Michael van Gerwen beat Rob Cross 10-4

The reigning Premier League champion Michael van Gerwen restarts his 2020 Premier League campaign in the unfamiliar position of second place in the league table as he trails Glen Durrant by one point with six rounds played. The Dutchman has been beaten in two of his last four Premier League outings and his loss against Simon Whitlock in the second round at the Matchplay last month again highlighted the fact that he is not as consistently formidable as in previous years. It would be folly to write him off easily though and Van Gerwen looks capable of claiming two points from this game against an opponent who he has beaten in all of their previous six Premier League meetings. Cross has struggled to produce his best form this year and has only won one of his six Premier League games this season. His early exit in the Matchplay won’t have done his confidence any good and, if Van Gerwen starts strongly, he may find it hard to stop the Green Machine from pulling away. Van Gerwen with a -2.5 handicap is the pick in this game.