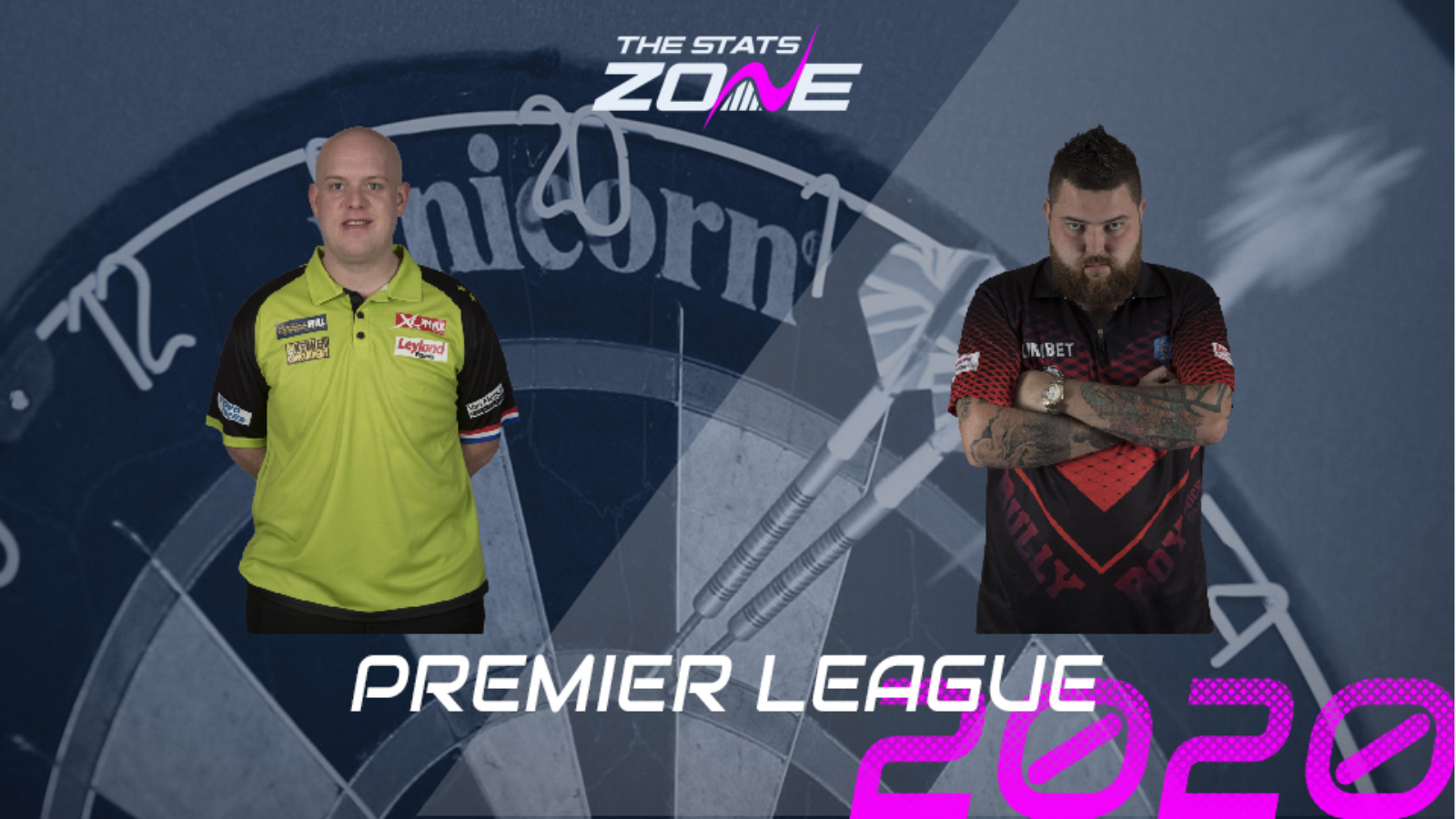 Where can I get tickets for Michael van Gerwen vs Michael Smith? This event will be played behind closed doors

What channel is Michael van Gerwen vs Michael Smith on? Sky Sports Action

Where can I stream Michael van Gerwen vs Michael Smith? Sky Sports subscribers can stream the match via Sky Go

What was the score in the last meeting? Michael Smith beat Michael van Gerwen 7-4

THE PREDICTION
Five-time Premier League champion Michael van Gerwen finds himself in the unfamiliar position of being outside the top four and his streak of finishing at the top of the table in every year he has entered the competition looks to be over. The world number one has lost three of his last four games but in Michael Smith he meets a player who has been throwing points away recently. Two losses in the space of three days to Nathan Aspinall have left Bully Boy with plenty of work to do and, although he may feel Van Gerwen is there for the taking in his current form, he is not playing consistently well enough himself to have a great deal of confidence in him. The quick pace of Smith’s game often suits Van Gerwen and he should find his rhythm here to pick up two points.