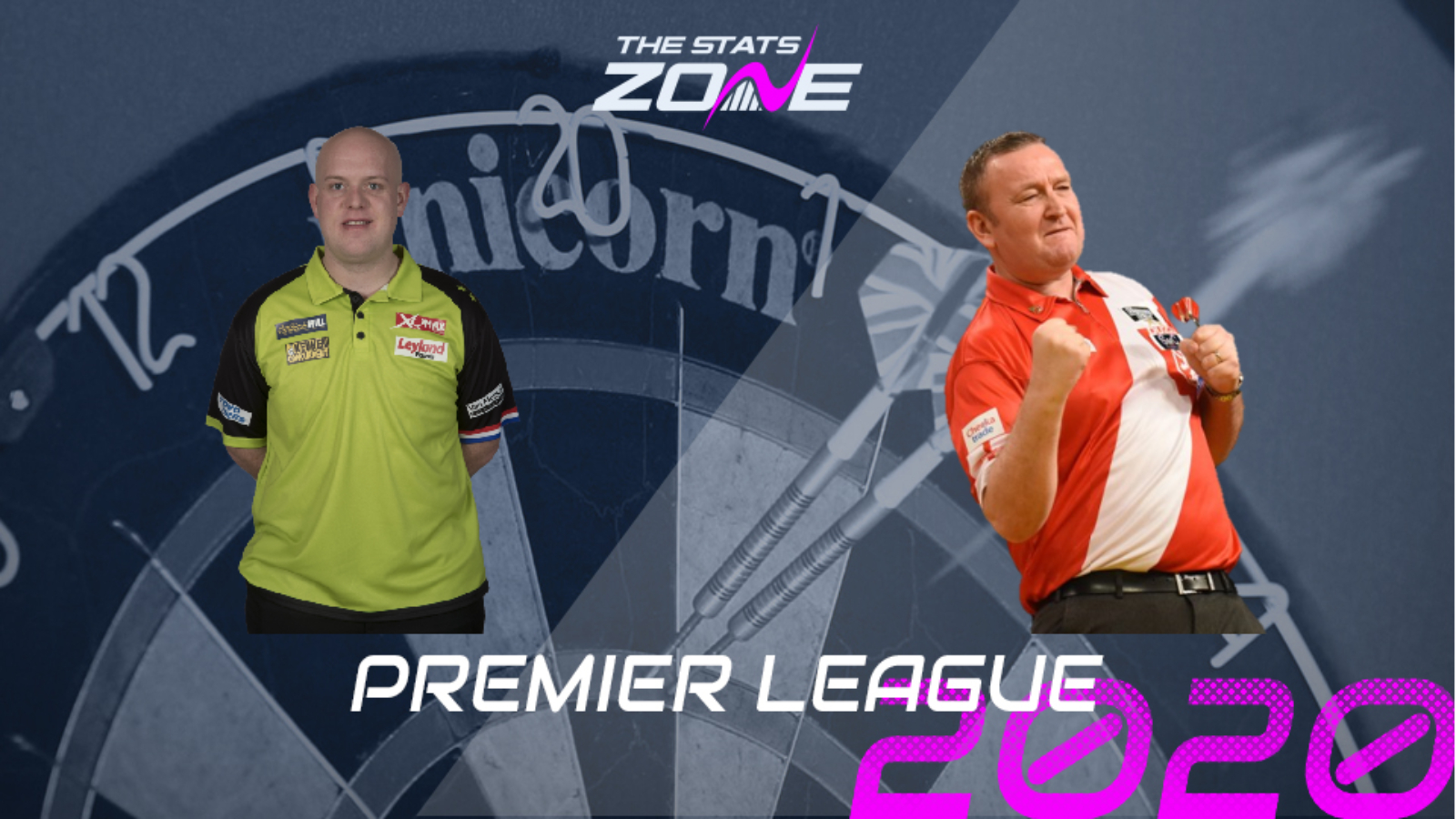 Where can I get tickets for Michael van Gerwen vs Glen Durrant? This event will be played behind closed doors

What channel is Michael van Gerwen vs Glen Durrant on? Sky Sports Action

Where can I stream Michael van Gerwen vs Glen Durrant? Sky Sports subscribers can stream the match via Sky Go

What was the score in the last meeting? Glen Durrant beat Michael van Gerwen 13-11

This is without doubt the tie of the night as the top two in the table go head-to-head in what will hopefully be a thrilling encounter that lives up to its billing. They both played well on their return to Premier League action on Tuesday night with Van Gerwen averaging 103.37 in his victory against Cross while Durrant recorded an average of 102.43 in his draw against Wright and, if they turn up and play to a similar standard, we should be in for a fascinating contest. Van Gerwen starts as the favourite but Duzza has beaten him on each of the two previous occasions that they have met and there are enough reasons for one to believe that another win for the Teesider is possible.