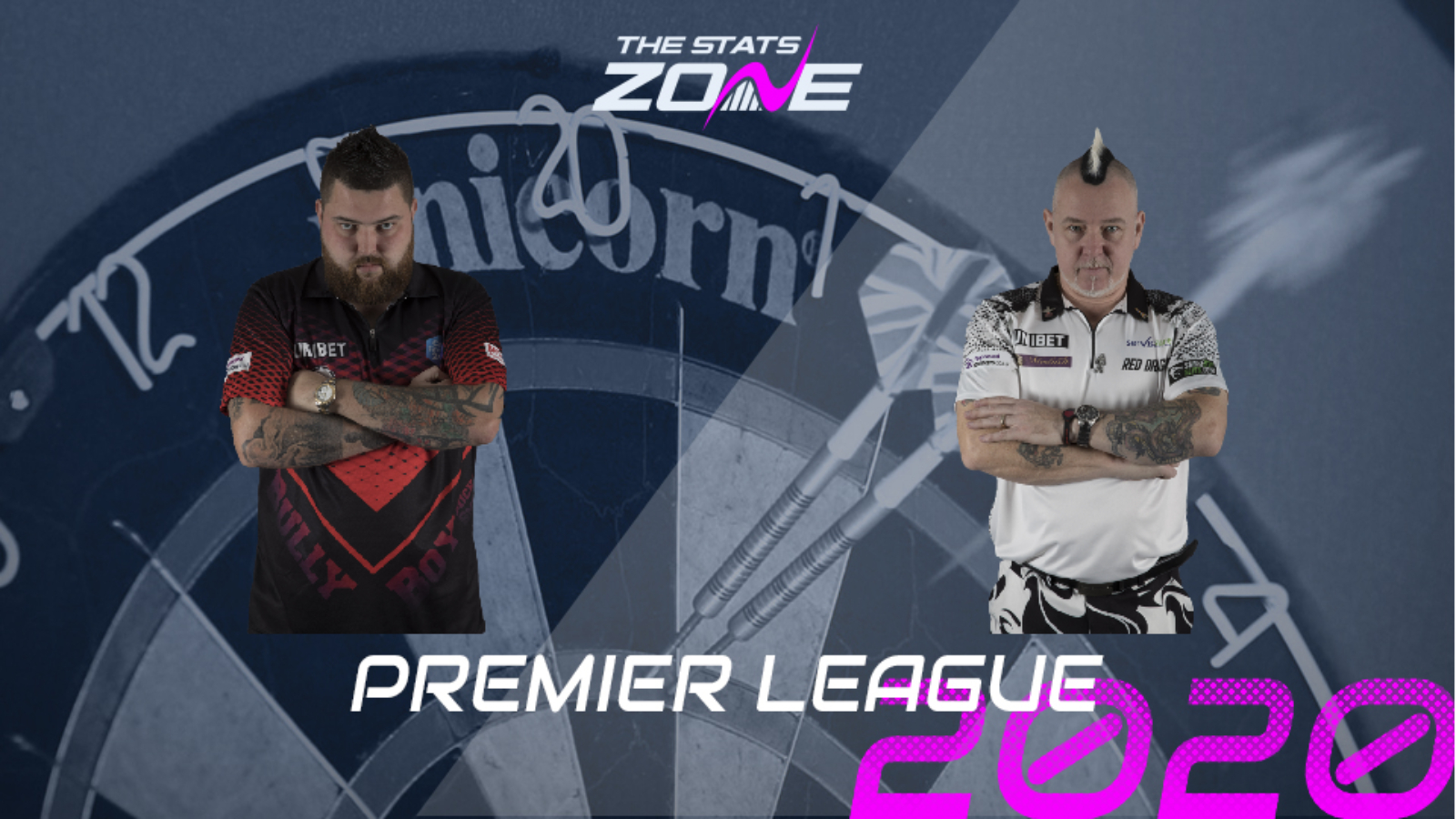 What channel is Michael Smith vs Peter Wright on? Sky Sports Action

Where can I stream Michael Smith vs Peter Wright? Sky Sports subscribers can stream the match via Sky Go

Where can I get tickets for Michael Smith vs Peter Wright? Click here to purchase tickets for the 2020 Premier League Darts

What was the score in the last meeting? Michael Smith beat Peter Wright 7-5

Most of the recent encounters between Michael Smith and Peter Wright have been close affairs and there are plenty of reasons to suspect this match will be the same. The pair shared a couple of draws in the 2019 Premier League and their two meetings so far on the circuit in 2020 have seen a win each for both players. Over 11.5 legs in the match looks a good possibility and, in a match likely to go the distance over 6.5 180s is also worth considering especially with Wright in prolific 180 hitting form in the 2020 Premier League.