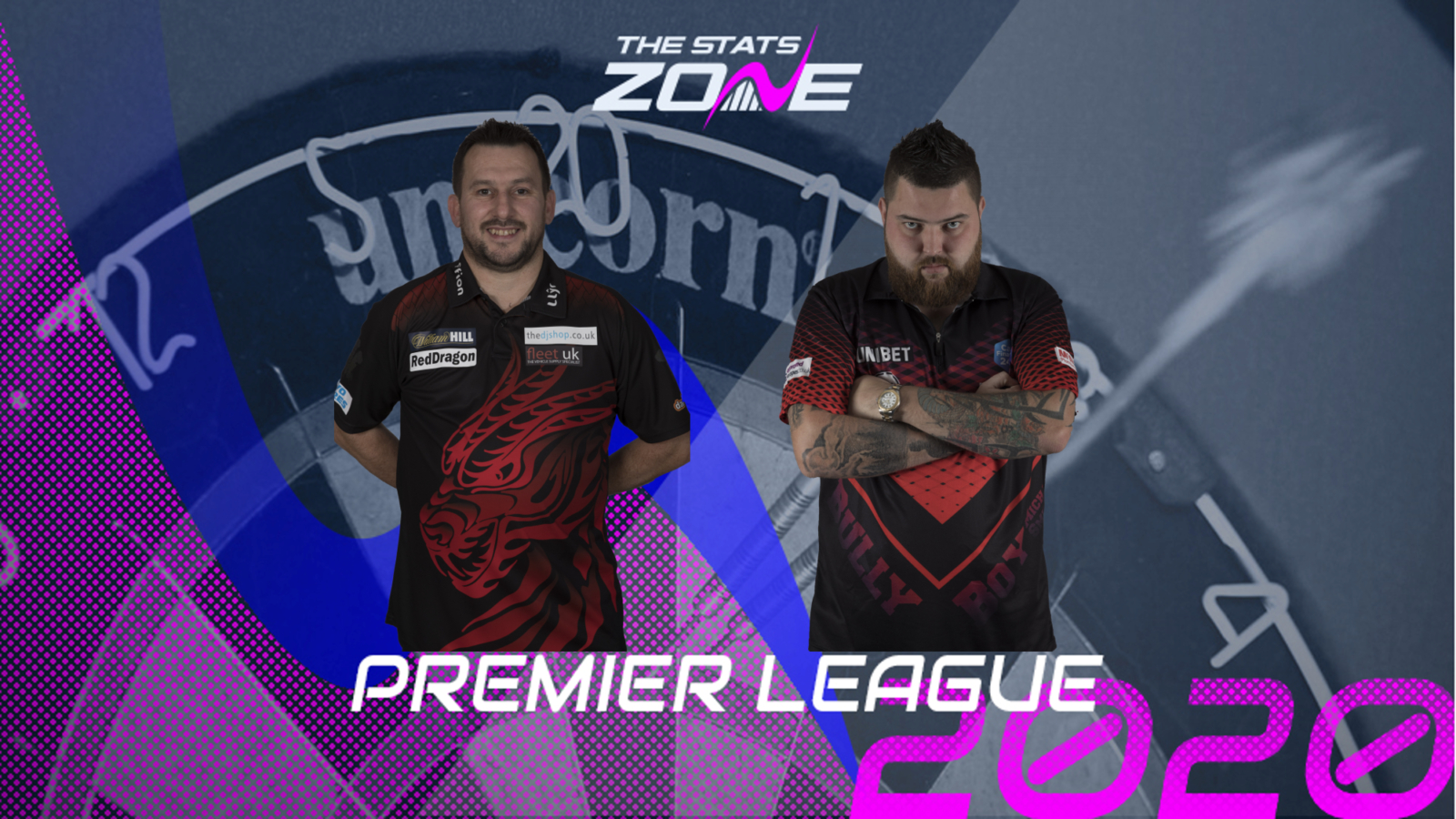 What channel is Jonny Clayton vs Michael Smith on? Sky Sports Action

Where can I stream Jonny Clayton vs Michael Smith? Sky Sports subscribers can stream the match via Sky Go

Where can I get tickets for Jonny Clayton vs Michael Smith? Click here to purchase tickets for the 2020 Premier League Darts

What was the score in the last meeting? Jonny Clayton beat Michael Smith 6-5

Michael Smith will be very frustrated at not winning last week against Gerwyn Price after being in such a strong position and playing so well but he can’t afford any kind of hangover from that match against the dangerous challenger Jonny Clayton who has proven capable of beating the best on the big stage. The streaky play of Smith does make this hard to call and although he is predicted to take the two points, it would really not be a surprise if Clayton held him to a draw. It may be more prudent to look at the total 180s market, with over 6.5 looking achievable in this contest.