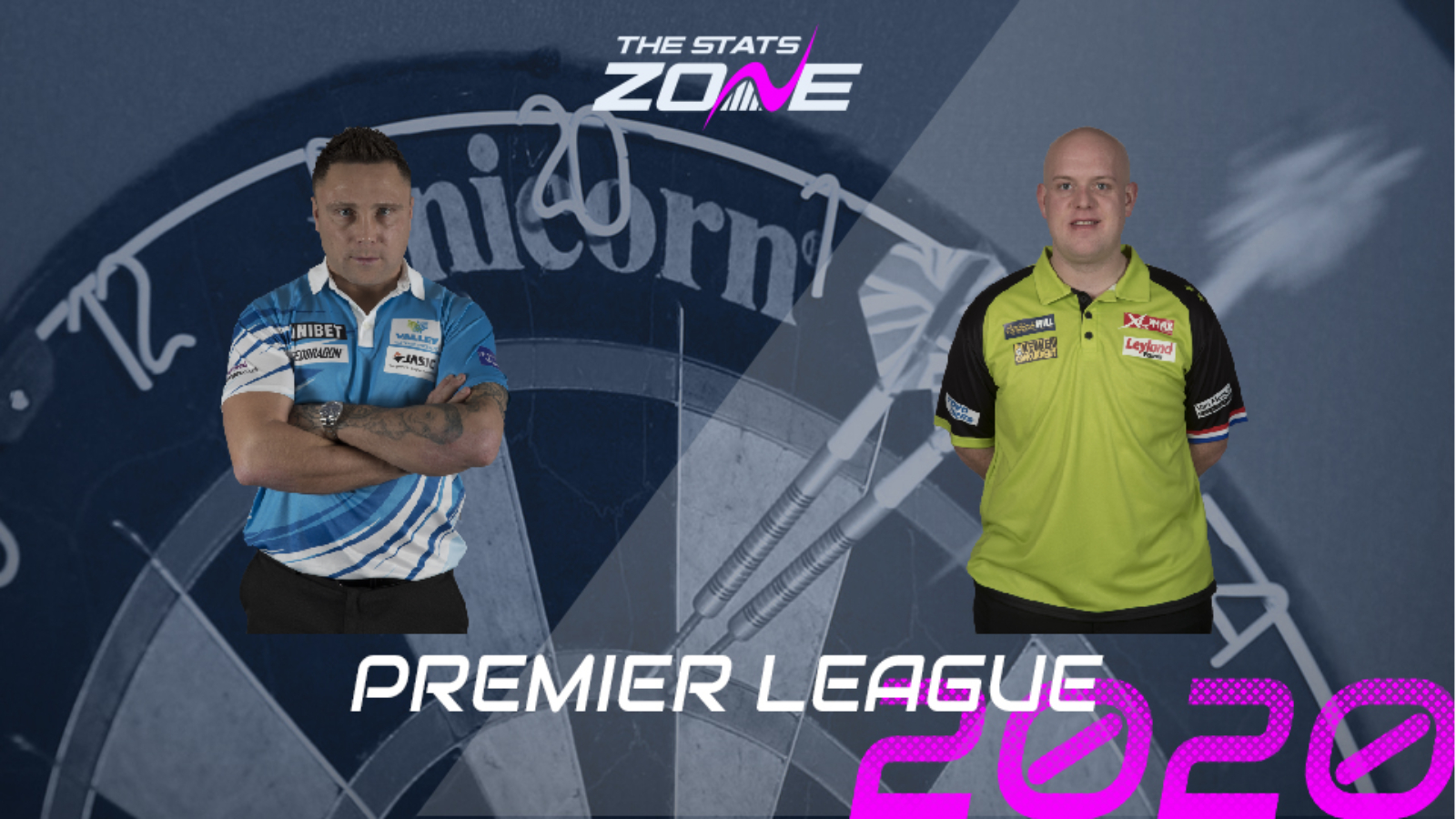 What channel is Gerwyn Price vs Michael van Gerwen on? Sky Sports Action

Where can I stream Gerwyn Price vs Michael van Gerwen? Sky Sports subscribers can stream the match via Sky Go

Where can I get tickets for Gerwyn Price vs Michael van Gerwen? Click here to purchase tickets for the 2020 Premier League Darts

What was the score in the last meeting? Michael van Gerwen beat Gerwyn Price 11-9

These two players served up a tremendous final at the UK Open only days ago and more of the same is expected in this encounter. Michael van Gerwen cast aside any doubts over his form with some stellar performances over the weekend but it has to be said he was let off the hook by Price in the final and the Welshman will relish the chance for revenge. There is no question they bring out the best in each other and this should be an excellent tussle that goes the distance with both players possibly posting a ton-plus average. The main tip for the match is for over 11.5 legs.