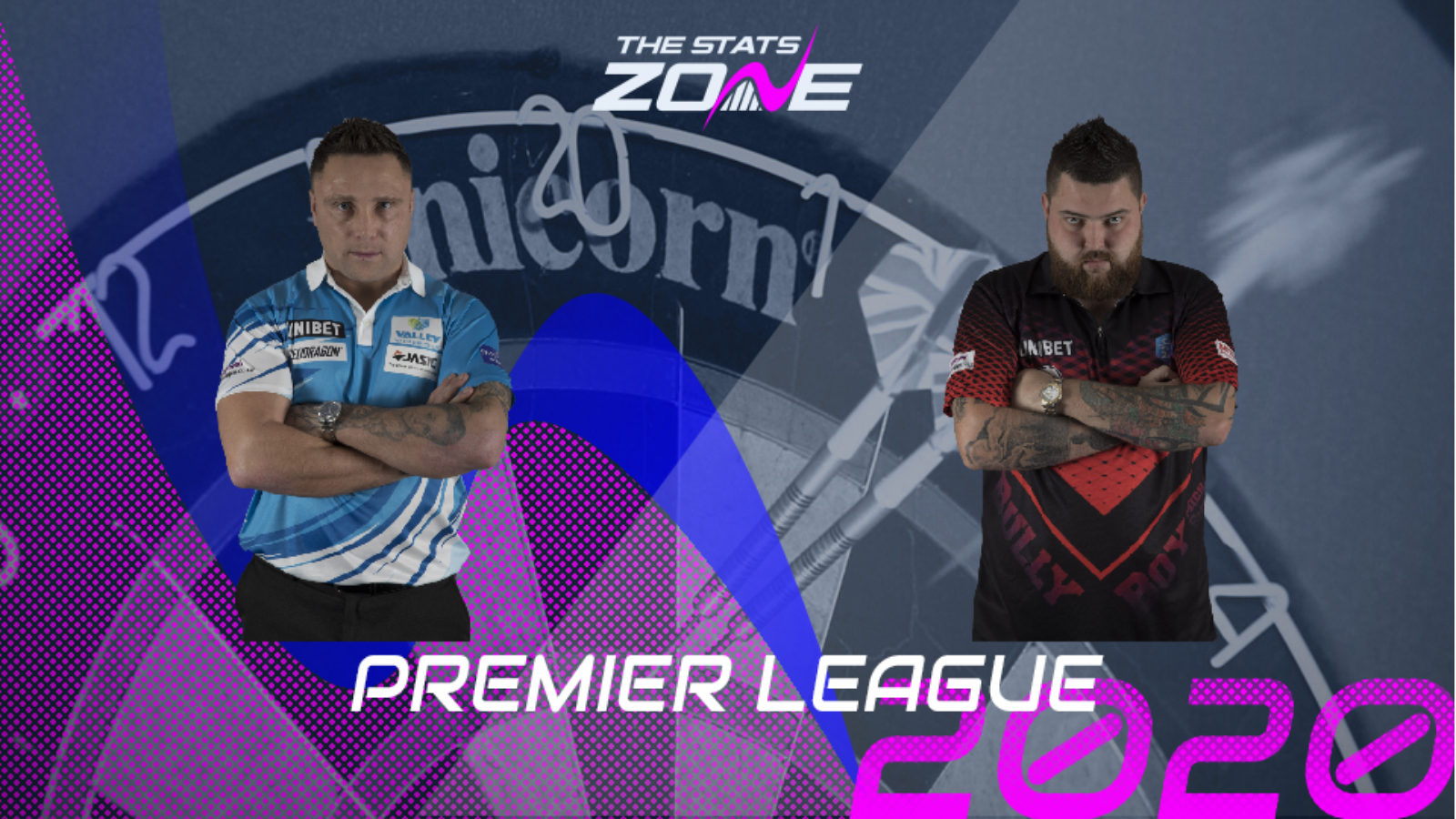 What channel is Gerwyn Price vs Michael Smith on? Sky Sports Action

Where can I stream Gerwyn Price vs Michael Smith? Sky Sports subscribers can stream the match via Sky Go

Where can I get tickets for Gerwyn Price vs Michael Smith? Click here to purchase tickets for the 2020 Premier League Darts

What was the score in the last meeting? Gerwyn Price beat Michael Smith 6-5

Gerwyn Price and Michael Smith were unable to register victories last week on night one, though Price will have been the happier player with his performance, he finished strongly against Cross to salvage a draw from an opponent who averaged just over a ton. The Iceman then played well at the weekend in reaching the final of Players Championship 2 – a run which included a victory against Michael Smith.

The Bully Boy will have rued missed chances against Durrant in Aberdeen and also having missed chances to claim victory at the Masters the previous weekend he will need to find confidence on the doubles if he is to stop Price from taking the two points. A Price win is the prediction and he is also tipped to have a checkout of over 103.5 in the match – he landed finishes of 130 and 124 against Cross on night one.