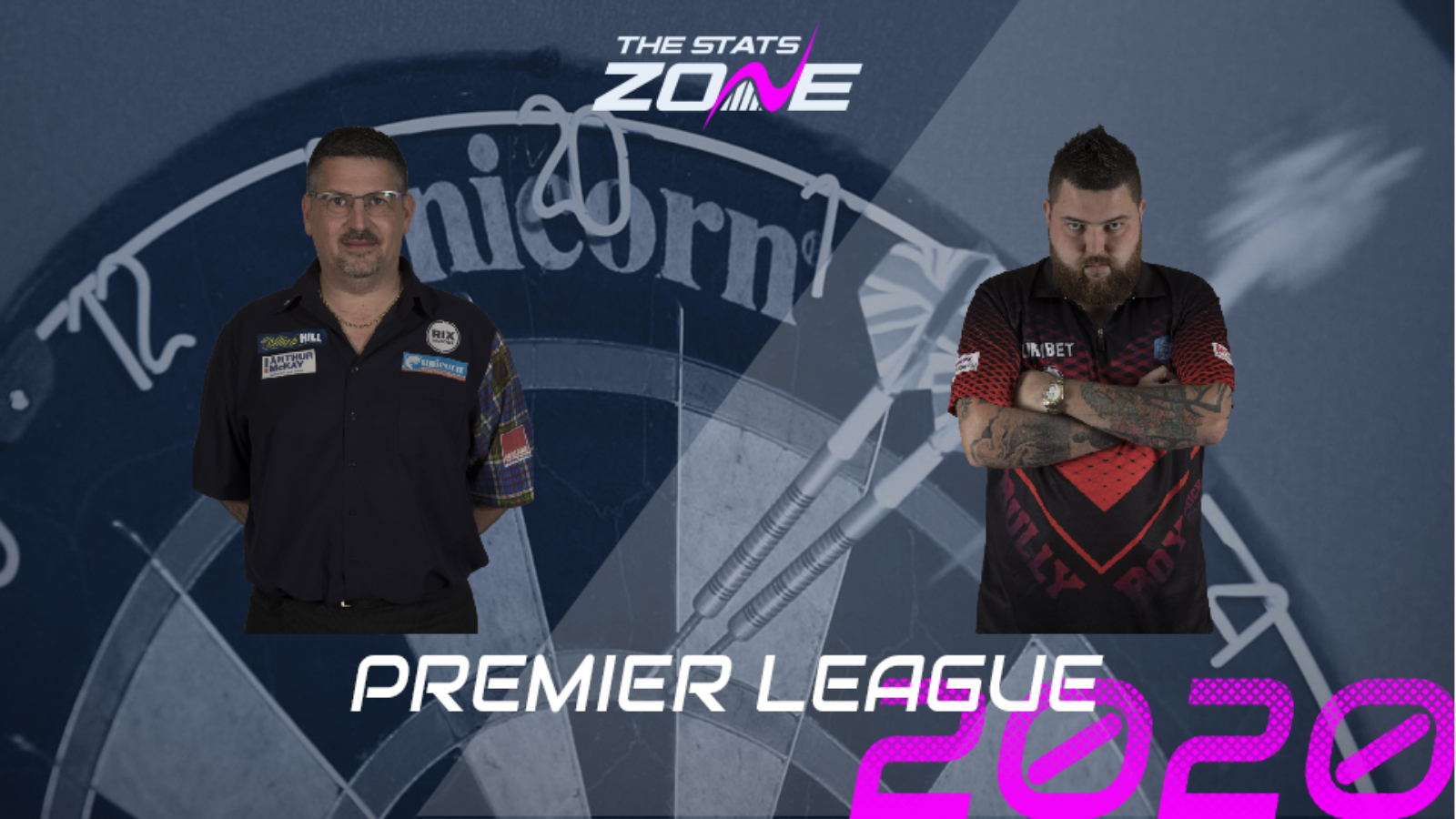 Where can I get tickets for Gary Anderson vs Michael Smith? This event will be played behind closed doors

What channel is Gary Anderson vs Michael Smith on? Sky Sports Action

Where can I stream Gary Anderson vs Michael Smith? Sky Sports subscribers can stream the match via Sky Go

What was the score in the last meeting? Gary Anderson beat Michael Smith 7-3

THE PREDICTION
There was more double trouble for Michael Smith last night as he missed four match darts and had to endure Glen Durrant winning five legs on the spin from 7-2 behind to claim a draw, and that has been the story of Michael Smith’s game since the Premier League returned. These dropped points could well cost him a spot in the play-offs but he is not down and out yet and must dust himself off quickly to face former mentor Gary Anderson, who is enjoying a fine run of form and is probably one win away from guaranteeing a top-four finish. The Flying Scotsman is enjoying the regularity of the Premier League at the moment and it is undoubtedly helping his game so you would have to fancy the two-time world champion to cement Smith’s misery here.