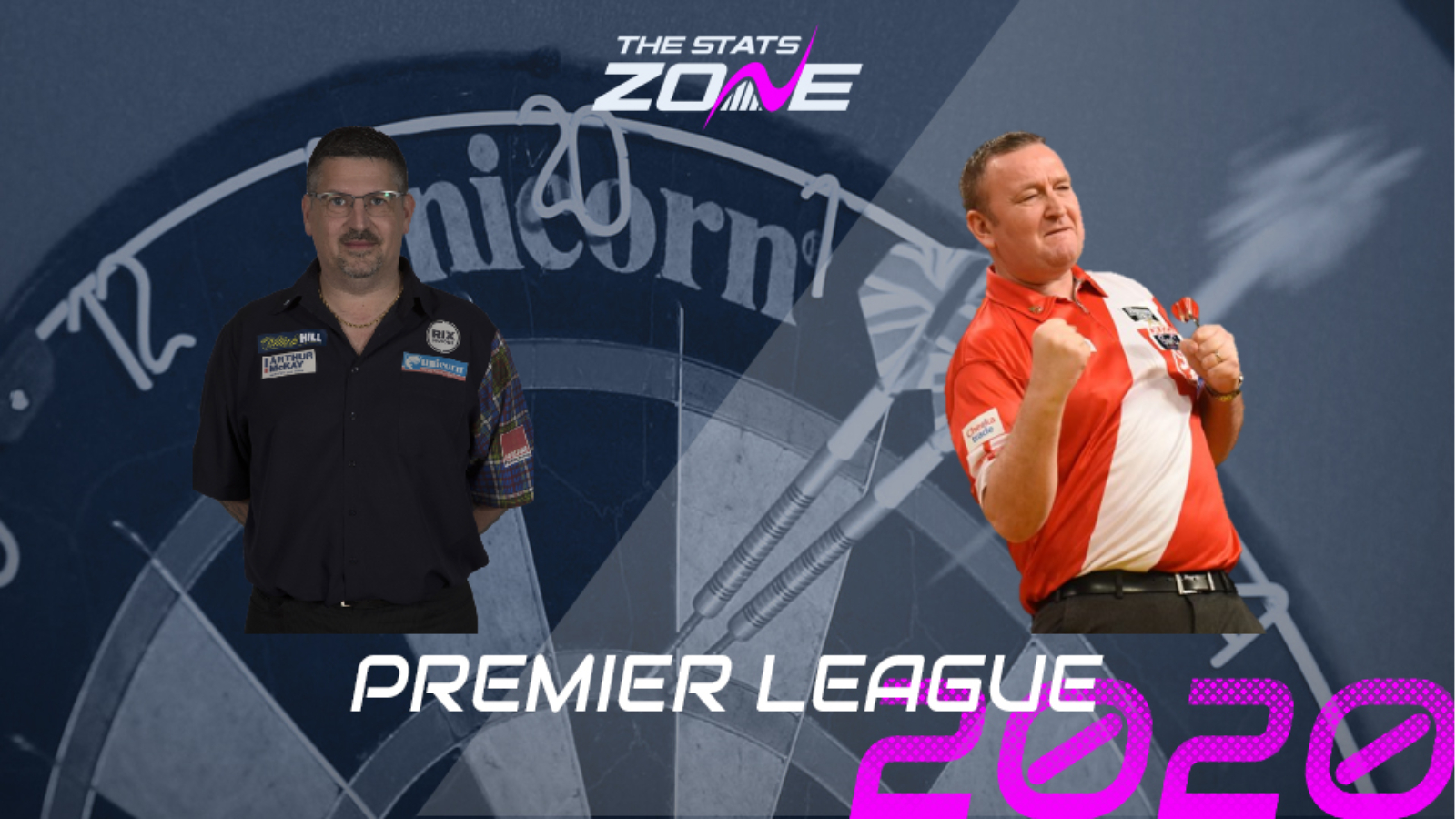 Where can I get tickets for Gary Anderson vs Glen Durrant? This event will be played behind closed doors

What channel is Gary Anderson vs Glen Durrant on? Sky Sports Action

Where can I stream Gary Anderson vs Glen Durrant? Sky Sports subscribers can stream the match via Sky Go

What was the score in the last meeting? Glen Durrant beat Gary Anderson 7-4

THE PREDICTION
Premier League debutant Glen Durrant is on cloud nine right now as he tops the table by four points and looks a near certainty to reach the play-offs if he maintains his form. Last night’s victory over Gerwyn Price was the first time he has dipped below a 100 average since the tournament resumed but it was still an accomplished display and the confidence is coursing through him right now. Gary Anderson, meanwhile, has been quietly sneaking up the table having won three of his four games this week and is certainly capable of keeping that run going here. One area he edges out Durrant is on the maximum count as he is typically one of the most consistently high scorers so the prediction is for the Flying Scotsman to hit more 180s than the table-topper from Teeside.