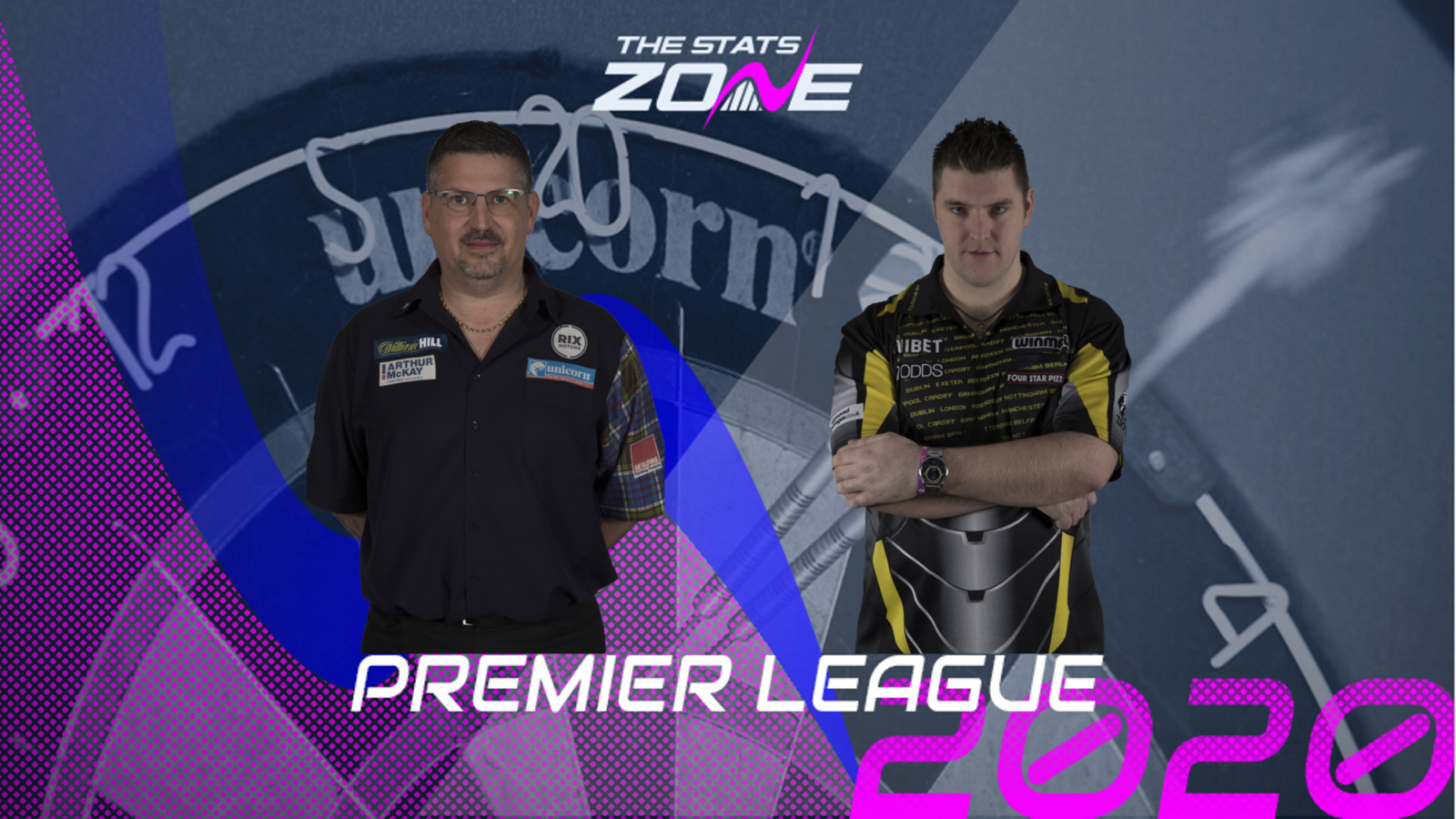 What channel is Gary Anderson vs Daryl Gurney on? Sky Sports Action

Where can I stream Gary Anderson vs Daryl Gurney? Sky Sports subscribers can stream the match via Sky Go

Where can I get tickets for Gary Anderson vs Daryl Gurney? Click here to purchase tickets for the 2020 Premier League Darts

What was the score in the last meeting? Gary Anderson beat Daryl Gurney 6-2

Gary Anderson’s return to Premier League action is sure to be well received by the Scottish supporters, with the former two-time champion likely to enjoy plenty of vocal support. The Flying Scotsman showed some positive signs of form last weekend at the Masters and if he plays to a similar standard, he is capable of starting the campaign with a victory. Gurney will be no pushover though and his power-scoring should see a very competitive encounter where a match total of over 6.5 180s looks to be achievable.